5 trends that threaten the Facebook-Google duopoly in digital advertising

The ability of the Big Two to navigate these threats will shape the foreseeable future of the digital ad market
READ THIS NEXT
Pro bono work—why a recession is the perfect time for agencies to invest
Credit: iStock

If history teaches us anything about monopolies, duopolies or any other defined industry hierarchy, it’s this: Nothing lasts forever. Just ask AOL. Or Napster. Or MySpace.

For Facebook and Google, that means their place in the digital advertising marketplace, however dominant, is far from inevitable. This year, the two increased their market share to about 60 percent combined, buoyed by sizable revenue growth that shows no signs of slowing down, but their growing strength does not equal inevitable or perpetual dominance. In fact, even as the two companies increase their market share, a number of emerging trends are threatening to eat into—or potentially even eliminate—their advantage over the competition.

Here are five specific trends that could force Google and Facebook to make significant adjustments in order to maintain their digital advertising supremacy—or even adjust to a new pecking order in the coming years:

Amazon’s continued growth in the market

Amazon’s mere entry into any market is enough to cause shudders through the spines of its competitors. The ecommerce giant’s growth in digital advertising should be particularly alarming for other players due to the rate at which it has picked up in recent years, growing more than 50% in 2019 to occupy almost 9 percent of the market. That means Facebook and Google now have to fend off a competitor with virtually unlimited resources, a treasure trove of data, and potentially a new ISP that could create real advantages for Amazon in the advertising space.

The democratization of advertising data

Facebook and Google built their duopoly in large part on the strength of their user data, which has largely been theirs alone to collect and analyze. However, with the proliferation of customer data platforms and increased demand from major marketers for the Big Two to open up their anonymized data, Google and Facebook may soon have to choose between enabling the democratization of digital advertising data, and losing customers to services that more readily provide customer insights.

The rise of the Blockchain as a tool to manage the entire advertising supply chain also creates a much more level data playing field for all parties, including individual users, by tracking all transactions in a system visible to all involved. This allows users further control over identity and data permission, which to date has largely been dictated by the Big Two.

Finally, the ability to collect first-party data is now allowing smaller competitors to sell ads using in-house solutions. This has given rise to new competition especially in the publishing sector, which has long searched for a way to monetize its digital readership as physical circulation declines.

In October, two different bipartisan coalitions of state attorneys general launched formal antitrust probes into Facebook and Google to investigate allegations that the Big Two stifle competition in the digital advertising space. Recently, Google announced the acquisition of Fitbit, and shortly after the WSJ reported Google had been working with Ascension, the second largest health system. The Office for Civil Rights in the Department of Health and Human Services "will seek to learn more information about this mass collection of individuals' medical records to ensure that HIPAA protections were fully implemented.” These are just the latest political obstacles for the duopoly, whose executives have also faced increased scrutiny from federal lawmakers, and become the subject of sharp criticism from several Democratic presidential candidates.

Facebook in particular could be forced to change its terms of service and operating model or face serious consequences from federal regulators. Earlier this year, the FTC fined the social network $5 billion—a massive sum, but not enough to truly damage the company’s bottom line. If government entities force Facebook to change its user data practices, it could have material impact on how aggressive and innovative they can be.

Another potential threat is the rise of subscription services like Netflix, Amazon Prime, AppleTV Plus and Disney Plus, that could fragment media consumption in a way that attracts viewers away from Facebook and Google content. As they attract more eyeballs—and Facebook’s user time continues to decline—advertisers could look elsewhere for their digital platforms.

Lack of incentive to innovate

The recent history of Big Tech innovation is very hit-or-miss. Apple, for example, has lost out to competitors on a number of fronts, including subscription media (Netflix) and music streaming (Spotify). Facebook and Google, meanwhile, have gone several years without driving real innovation. Both sit on enormous war chests, which can be used both as a resource to fund R&D and a justification to avoid breaking the mold. Their competitors, meanwhile, have every incentive to try new things in order to break through.

While not all threats are created equal, the emergence of these trends represents enough danger to Facebook and Google’s primacy that the tech giants’ ability to navigate them will largely shape the foreseeable future of the digital advertising market. In order to maintain their duopoly, the Big Two will have to stay ahead of emerging competitors, maintain their data advantage, keep Amazon at arm’s length, and adjust to what will almost certainly be a new regulatory landscape.

Only time will tell whether they succeed in doing so, but Google and Facebook’s ability to reach their current positions gives them at least a fighting chance to keep them. 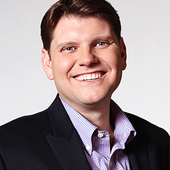