Partnering with the electronic music duo was always a win for brands
READ THIS NEXT
Customer acquisition—5 ways to grow in 2022
Credit: Daft Punk via Youtube

As the lights go out on Daft Punk’s triumphant 28-year reign at the forefront of electronic music, I’d argue that the iconic French duo was one of, if not the biggest, influences on music in advertising in the 21st century—if not for all time.

Who else has synced with more brands than we can remember, from Gap and Coca-Cola to even Pantene shampoo, without losing their vibe? Copywriters, executive creative directors and directors all fell hard for Daft Punk. Here’s why.

Bursting onto the scene in the late ’90s, Daft Punk offered an unconventional and unique sound, featuring vocoder vocals, filter sweeps and the Rocktron Banshee talkbox, repurposing sonic principles coined by rock legends including Peter Frampton and Bon Jovi. But, like all great pioneers, they forged their own path, challenging the way we use and interpret sound and producing mega dance classics along the way. My God was that cool.

Analyzing Daft Punk’s style, it's clear their sound is highly reflective of product culture. How often is a classic Daft Punk song a smash hit by merely repeating the same sonic slogan like ‘Around the World” or ‘One more time’? They gave their songs a tagline, made it fun and made us repeat it—the exact principles of successful advertising. And it worked the same way that Jack Torrance in "The Shining" made “Here’s Johnny” more memorable than the introduction of Johnny Carson in "The Tonight Show."

We always advise MassiveMusic agency and brand clients to avoid music we’ve heard repeatedly in ads (Ecstasy of Gold, anyone? Please no!) But Daft Punk bucked that trend. Despite sometimes falling flat in campaigns, they maintained the stature of being considered the coolest artists in music history, and it was always a sure-fire win for brands.

Assisted by their fun and apolitical stance, they brought a certain je ne sais quoi to the advertising table. Happy to lend their music to campaigns if the synergy was right and, with a Gallic ‘bof’ and shrug of the shoulders, brand partnerships were forged—because, at its core, the Daft Punk brand is fundamentally fun and sexy.

The strength of their brand meant they were able to change artists’ relationships with the ad industry. Being both energetic yet laid back, Daft Punk pioneered new sonic elements such as heavily compressed and filtered bass, the influence of which can still be heard today.

'There’s nothing wrong with just a little, little fun'

Unafraid to stamp their marker down in advertising, Daft Punk expanded the boundaries of what brands can sound like, as they re-popularized styles and sounds from the ’80s in their music and modernized them for new audiences.

Collaborations with household names, including Nokia, Coca-Cola and Gap, are prime examples of the group's flexibility and willingness to work with commercial brands, knowing that it was the perfect platform to further their message and ultimately increase their brand value. These ads in particular showcase Daft Punk’s music alongside dynamic visuals, in keeping with themes in their music videos that were radically creative.

'Do anybody make real sh*t anymore? Bow in the presence of greatness'

Vital learnings should be taken from how they re-envisioned music in a way that made others want to re-envision on top of it. Combining advertising taglines for lyrics and reimagined funk and soul samples with Roland drum machines led them to whole-is-greater-than-the-sum-of-its-parts music. Their cultural influence went beyond the discotheque. Kanye West’s 2007 record "Stronger," on which he sampled "Harder, Better, Faster," is a perfect example—and also displays how Daft Punk influenced the so-called mainstream elite. Their iconic set at Coachella in 2006 arguably gave birth to the mainstream electronic dance music scene in the US.

In keeping with their genius, Daft Punk’s dedication to zigging while the rest zagged resulted in their return to the use of real-life recorded instruments, which can be heard on their 2013 record "Get Lucky" featuring Pharrell Williams and guitarist Nile Rodgers. They had in essence recorded and created what they themselves had sampled in the beginning of their career.

Daft Punk combined their robotic personas with otherworldly aesthetics; you knew if you were going to a Daft Punk show you were guaranteed an epic time. Their art direction was seamlessly transferred into advertising aesthetics and working with the likes of Spike Jonze on ad campaigns typifies the strength of their brand image.

Consistent with the standard of videography across their entire career, Daft Punk’s sign-off, posted to YouTube earlier this week, was worthy of the big screen. What better way to bid farewell to a global audience of adoring fans, than an emotional sendoff that, as ever, stayed on brand with their futuristic, out-of-the-box and downright cool imagery. It was simple, beautifully shot and to the point.

As one robot activates the self-destruct button of his partner, followed by a solitary explosion, the duo leaves behind an unrivaled legacy, having created a lingua franca uniting both the mainstream music and advertising industries, where their sonic influence will have an everlasting impact.

Mourning of the pair’s abrupt departure from the music scene has left fans worldwide crying out for one last taste of their genius. One More Time! No? OK, see you at Coachella 2025. 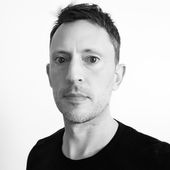