Opinion: If Influencer marketing was a male-led industry it would have been taken seriously long ago | Ad Age
Skip to main content
Sign In Register

Opinion: If Influencer marketing was a male-led industry it would have been taken seriously long ago

The generalization that women who talk about bronzer are simple-minded has created an environment where influencers are not only undervalued, but underestimated
READ THIS NEXT
ESG advertising demands more than mere legal compliance

Men still run advertising for the most part, so it’s little wonder the dynamics of the “Mad Men” era ​haven't gone away.

Advertising has long been an industry run by white men. And, increasingly, older white men who, with certainty, miss the good old days of advertising. There isn’t a single female CEO at the six holding companies that control ​75 percent of ad spend​. And, until a few years ago, only ​3 percent of creative directors​ were women. So, it’s little wonder the dynamics of the “Mad Men” era ​still exist​.

We have seen some improvement in the past few years. Many men have come to understand how diversity creates a more productive team and more powerful results; or have at least wizened up to how the make-up of their company should appear. But giving women board seats or executive titles isn’t enough. It’s about changing the general ​attitude toward women​, and the systemic cultural problem where women’s issues, ideas and priorities aren’t seen as valuable—or certainly not ​as​ valuable as those of their male counterparts.

In fact, the discrimination is so deeply embedded in our industry (and society as a whole) that it’s happening right before our eyes without us even really registering it.

Right now, the ​discussion we’re having about influencer marketing is whether it’s “legitimate,” a “fad,” or “wasteful”—all while it continues to be one of the best-performing verticals within advertising. Is it a coincidence that the influencer marketing industry, which is ​77 percent female​ and run for women, by women, has been consistently marginalized as invalid and fraudulent? Or is it more likely that the old guard doesn't understand it (and perhaps feels threatened by it) because all they see are young, “good looking” women who they don’t take seriously—and yet, who keep gaining traction? They dismiss influencers again and again, using their long-held power to deem this domain not just unimportant and irrelevant, but fraudulent and ineffective, ​which is simply just not true​.

“Aren’t influencers just pretty people?” the head of a top creative shop recently bemused me. And certainly, that’s often what men see. That women who are talking about bronzer or facial rollers are simple-minded. This ignorant generalization has created an environment where influencers are not only undervalued, but deeply underestimated.

Take ​Amber Lancaster​, a mom who lives in LA, a model on ​The Price is Right ​and an influencer. While some may not see beyond her looks, what we see as influencer marketers—and as women—is a successful entrepreneur. Lancaster vets products aggressively, negotiates contracts fiercely, produces and edits her own content where she is the talent, all the while managing to build relationships with her very loyal followers. She is witty and smart, and brands can’t seem to get enough of her. She has single-handedly brought in several hundred thousand dollars in tracked revenue for clients. Is she underestimated? Every single day.

While most of the legacy, large creative shops still haven’t invested in influencer marketing in a meaningful way, women-led brands have made it a staple in their marketing strategy. Estée Lauder, for example, is spending 75 percent of its entire marketing budget on the influencer marketing space. Anyone paying attention to our industry will agree that there has never been as big of a gap in the adoption of an advertising tactic. ​What’s less obvious: this gap is based on gender, not merits.

To put this in perspective, let’s consider if the influencer space was mostly male. It would look completely different:

They’d take credit.​ Men would be shouting from the rooftops how successful they are, how much money they are making and how much money they’re making for the brands they support. They would be aggressive about the rare skills needed to do the job and assertive about their wins, leaving no room for claims of illegitimacy because their confidence would eliminate the doubt.

Their looks wouldn’t be a disqualifier for their abilities​. We know that women are often held to impossibly high standards for their appearances, and that their looks are often held against them. Meanwhile, men benefit from more-flexible definitions of attractiveness and power.

They would be seen as successful entrepreneurs, not stay-at-home-moms with a blog​. Influencers are pioneers who were accountants, marketers and teachers, among other jobs, before they became self-taught entrepreneurs. Even the name​ influencer ​itself shows a total lack of respect for the complexities of the job. They are the creatives, producers, editors, talent and media all in one. And they are responsible for a movement in advertising that’s reshaping how the modern generation of brands speak to consumers.

When traditional creative shops fail to respect influencers because they’re women or stay-at-home moms or too good-looking, they cannot hope to understand how to leverage them as valuable creators. They see influencers as nothing more than “untrained” creatives at best and pretty faces at worst.

This problem is compounded by the fact that many of these shops do not have a single woman in the boardroom to speak up and validate this obvious shift in consumer behavior, where social shopping happens via influencers. Perhaps if these men had more women executives, they’d have stepped into this industry earlier. Regardless, the impact of influencers on culture, commerce and branding is here to stay, which means we are well on our way to an advertising industry that is driven by women. I, for one, am here for it. 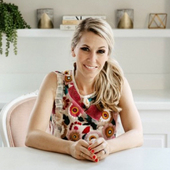