Opinion: Judge Stan Richards on his deeds, not a few words | Ad Age
Skip to main content
Sign In Register

Do you judge a person by a few words or by a lifetime of deeds? Do you judge Stan Richards on what he said in an internal meeting, or do you judge Stan on a lifetime of what he’s done? What would you rather be judged by? Something you said, using completely offensive and poorly chosen words? Or things you’ve done that speak more clearly about who you are?

I retired from The Richards Group as a principal almost two years ago, after working side by side with Stan for 19 years. And lest you—like so many others who have weighed in or taken action without the proper background—think I’m speaking about things I read about or were passed along to me, I was also on the Zoom call in a consultative role during that internal creative review.

So I know what he said, and I know who he is. They are two completely different things.

In my two decades with Stan, I never saw him discriminate based on gender, sexual orientation, or race. The only individuals I saw him discriminate against were those who lacked talent and couldn’t make the work better. Even then, out of loyalty, he hung on to people longer than he should have. Because that’s who he is.

For sexual orientation, no one could have said it better than former employee Kristina Jonathan in a post she wrote on LinkedIn. So I won’t try. She’s articulate, objective, and circumspect.

While Stan isn’t Black, and can’t begin to walk in those shoes as he would freely admit, he has long recognized the need to address diversity and inclusiveness. The culture of “do the right thing” is fundamental to the agency he built and cultivated. Members of the digital team within the agency created a website called Justice Kitchen, highlighting Black-owned restaurants and bars—a testament to the agency’s commitment to furthering a progressive social agenda and putting words into action.

And he would have been all ears after that internal meeting. But before he could truly address the pain he inflicted, one person decided to inflict pain back by going public with his or her perspective on what Stan said. And in that one incredibly selfish moment, he or she inflicted pain on Stan and all 600 people who work there, their families, the network of services that rely on The Richards Group, and clients who entrusted their brands to The Richards Group for decades.

What Stan said wasn’t right. But it isn’t who Stan is. He is a brilliant, gracious, thoughtful egalitarian to a fault. Isn’t that how you’d rather be judged?

Despite all this, what gives me hope for the future is that The Richards Group isn’t just Stan Richards. It’s all the talented and passionate people who still work there. It’s their strategic brilliance and creativity that have served their clients well over the years and continue to serve them well—working through all this with focus and tenacity, operating by the values deeply instilled in the agency by Stan. Their deeds will continue, and restore trust in The Richards Group’s name. Because that’s who they are. 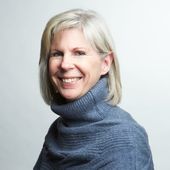 Diane Fannon, a former principal of The Richards Group, retired in 2019 and remains in an occasional consultative role.