What K-pop and BTS can teach us about building brands

When the pandemic upended plans for their much-awaited Map of the Soul 2020 World Tour, Korean-pop (K-pop) group BTS took the show online. In June 2020, 756,000 fans (about 40 times Madison Square Gardens' capacity) from 100 countries tuned in to the world's largest livestreamed event. And BTS is just the tip of a raging juggernaut. K-pop is a global phenomenon—McDonald’s recently launched a BTS meal and co-marketing in 50 of its markets—and is a significant driver of tourism for S. Korea, pumping $40 billion into its GDP over the next decade.

It takes much more than traditional record-label marketing to create billion-dollar empires with legions of fans selling out arenas from Seoul to Saudi Arabia. A small set of K-pop companies controls the industry—like HYBE (of BTS fame), valued at about $6 billion on the Seoul exchange, and YG Entertainment (best known for girl group BLACKPINK) in which LVMH and Tencent have invested. The hallmark of these companies is that they have infused into the music business a heavy dose of old-fashioned brand management, updated for a new era.

Beneath the breakneck beat-drops and choreographed glitter of K-pop is a meticulously managed and closely orchestrated content factory that churns out one hit group after another. K-pop groups don't just happen—the companies methodically incubate young "trainees" just as brands nurture innovation. And established groups are brand-managed using a customer-segment driven "house of brands" architecture, not unlike that at P&G or Unilever. For example, JYP Entertainment (another large entertainment company) has entirely different go-to-market structures for girl group TWICE and boy group Stray Kids.

Even the purpose statements commonplace in today's traditional companies have found their way to boy bands and girl groups. BTS, which roughly translates to Bulletproof Boyscouts, was retrofitted to denote "Beyond The Scene" to symbolize "youth who don't settle for their current reality and instead open the door and go forward to achieve growth." There is much that K-pop has borrowed from traditional brand management. But there is much more they have done to reshape it in a way that has created a degree of customer engagement and intimacy that conventional brands have never known.

While most brands chant the chorus of customer obsession and customer-centricity, such commitment is usually unrequited. Save for a handful of brands, very few can stake a claim to any fandom, let apart any significant degree of brand affinity and loyalty among customers. The bar can be quite low—in a 2020 survey of about 100,000 customers, Forrester found that 80% of customers rate their experience with brands to be "just ok" or worse.

K-pop fans, on the other hand, are not just loyal—they feel invested. They feel responsible for ensuring the bands' continued success, streaming songs and videos repeatedly through as many devices as possible to juice their group's chart positions. In the world of brands, this kind of commitment is unheard of; customers typically don't care about or commit to a brand's success. K-pop fans go far beyond selling out concerts. BTS's fan community, called the ARMY, numbering almost 50 million, has adopted whales and funded dance classes in Rwanda, and matched BTS's $1 million donation to Black Lives Matter. There is much that traditional multi-brand large companies have to learn from K-pop in commanding such commitment and passion.

We have identified three K-pop best-practice themes that, if implemented, can transform a brand's tepid engagement to relationships that are much more meaningful and lucrative:

1. Web of experiences. The music is just a gateway. The audience inhabits a universe that entangles them in a web of experiences, continually reinforcing the relationship. The BTS experience is multi-dimensional: A fictional Bangtan Universe; cute-as-a-button BT21 mascots representing each idol; multiple versions of the same album with varied accouterment like photo cards (and yes, fans buy all the versions); even a Korean-language package catering to the global interest in the country created by its music. Disney weaves similar magic with a web that spans parks, merchandise, media and so much more, including its version of English-language classes in China.

2. Syncretic spaces. While companies still agonize over omnichannel strategies, K-pop has obliterated the physical-virtual divide. SM Entertainment's girl group aespa has both real and virtual members. According to Lee Soo-man, founder of SM, "the real-life members and the avatar members are separate organisms, and the avatar members have AI brains that allow for them to converse and to support the real members, even befriending them." The syncretism of physical and virtual experiences reflects how people interact with their environment. Luxury brands have caught on to this; many offer "skins" on video games, and companies like Gucci let you create and dress a digital avatar on the brand's app.

3. Symbiotic Communities. In the K-pop world, fandom runs both ways. The passion of the fanbase is doubly returned in the commitment and gratitude that bands show towards them. Each fandom adopts a moniker (TWICE has Onces, BLACKPINK has Blinks), and idols never make a statement without thanking fans by name. "We are always charging each other's batteries," BTS-member Kim Nam-joon (better known as RM) says of the ARMY. In the SM Rookies incubation program, fans use a mobile platform to train pre-debut rookies, and if the rookies make it, the fans get credit on the debut album. Some forward-thinking companies are well versed in co-creating brands—fans submit ideas to Lego on its Ideas platform, and to the Volition Lab, and a lucky few see their toy creations and home-spun beauty products come to life as part of their favorite brands.

Make three promises to your customers

Brands can elevate their customer relationships to fandoms by translating K-pop's best practice themes into three promises for its customers:

1. You belong. Every K-pop community has a unique identity bolstered by the band, and that is its glue. Few motivators shape behavior as much as belonging. Steve Jobs knew that well: "Here's to the crazy ones," he told the Apple community of "different" thinkers. Smaller credit unions get this and command brand equity that big banks can't match. If customers feel like they belong, like they do at BTS or BLACKPINK, or at Peloton and Harley Davidson, they become invested in the brand. And if audiences believe in a brand to that degree, their advocacy is priceless.

2. We'll meet you there. K-pop groups show up on whichever format and whenever their fans want to interact with them, and they do it in a way that feels deeply personal and authentic. Brands would do well to stop thinking about creating channels of interaction and shift to being present in the consumer's value stream. For example, through Apple Business Chat, Delta lets customers contact them using iMessages—on their own terms. Starbucks has integrated with Google Home to enable easy ordering through a smart speaker, and very soon, through the Google Assistant in GM cars.

3. We work for you. K-pop idols and management see their fandoms as inextricable from the brands and put themselves in service to that community. Forrester's research has shown that a brand's best superpower in driving business outcomes is to be on the customer's side as an ally, watching out for her best interest. In the insurance category, USAA exemplifies this: 70% of customers believe that USAA does what is best for its customers versus what's best for the company's bottom line. Competitors like Esurance, Metlife and Travelers fall well short (all below 40%).

There is more to the unprecedented success of K-pop than the creative outpouring of raw talent. The brand management rigor, the comprehensive product and experience management, and the seamless application of technology to create innovative brand experiences set a high bar for traditional brands. But most of all, K-pop bands know well that without their audiences, they are nothing. Brands would do well to take that to heart. 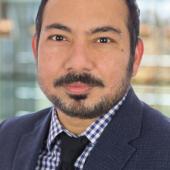 Dipanjan Chatterjee
Dipanjan Chatterjee is a VP and principal analyst at Forrester. His areas of focus include positioning and messaging, brand equity and health, brand energy and emotion, branding in emerging markets, and global brand management.
View all articles by this author 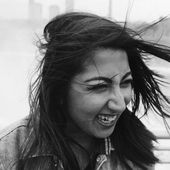 Kika’s background is in the music industry, first as a journalist, and later designing campaigns for Billboard-charting acts. In her current role, she consults on philanthropic strategies for celebrities and musicians. Kika holds a bachelor’s degree from Wheaton College, MA in Women’s and Gender Studies.