Nearly 2.5 Million Submit Pics of Themselves in Contest That Puts Winners' Mugs on Sides of Cans
READ THIS NEXT
Subscriber Exclusive: May 11, 2020 issue of Ad Age
Pepsi temporarily changed the color of its cans and bottles to one commonly associated with China -- and Coca-Cola.
Credit:

SHANGHAI, China (Adage.com) -- Highlighting the growing power of social media in China, PepsiCo is putting the faces of the winners of this year's Pepsi Creative Challenge on its cans. The campaign also includes marketing alliances with companies such as China Merchant Bank and Italian clothing brand Kappa for Pepsi-inspired credit cards and fashions.

Pepsi temporarily changed the color of its cans and bottles to one commonly associated with China -- and Coca-Cola.

Like the first Pepsi Creative Challenge last year, in which consumers entered an online contest to help Pepsi develop a TV commercial starring Asian superstar Jay Chou, this year's competition challenged Pepsi consumers to compete online. Pepsi invited consumers to submit personal photos to Pepsi.163.com. They could also vote there on other people's pictures. A total of 84 photos were selected to run on four regional cans; 21 of them also will appear on soft-drink cans distributed nationally.

The promotion was timed to coincide with the global rollout of new Pepsi packaging. In China, Pepsi is introducing five types of cans with different themes -- travel, SMS messaging, internet-related emoticons, a graffiti-splashed festival and faces of consumers.

'More' is less
The packaging is related to Pepsi's global tagline, changed from "Dare for more" to simply "More." BBDO Worldwide, Shanghai, created the campaign to promote the contest; it features Chinese actor Louis Koo, the current star of Pepsi ads. Interactive agency Agenda and NetEase -- one of China's main portals, also assisted with the campaign.

In one cheeky twist to draw attention to the cans, Pepsi temporarily changed their color from Pepsi blue to red, one of the most popular colors in Chinese culture, and a hallmark of archrival Coca-Cola's packaging.

"We're using packaging as a media and letting consumers pick cans based on their character," said Leo Tsoi, marketing director for Pepsi's beverage business unity in China. "Blue has been our color, but we want to make Pepsi different, and consumers in China think the red cans are cool. It's very different and shows the passion of Pepsi to support China and 'Team China.'" 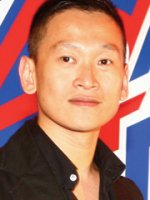 Pepsi has proved once again the power of the internet to reach its core target market of young, urban Chinese. The winners of the competition, announced earlier this month in Beijing, were chosen from almost 2.5 million submissions uploaded to the Pepsi China website in six weeks. Since the program launched in early June, 25 million unique visitors have cast nearly 144 million votes.

"These numbers are only the tip of an iceberg, because the most exciting stories are the community that we are reaching and also the profile of the candidates," Mr. Tsoi said. "The participants are really from all walks of life including celebrities, a two-time 'World of Warcraft' game champion, babies and net stars."

Blogging monk
The competition created an online community as the leading contenders became net celebrities within China. Most entrants already had blogs, and the publicity surrounding the Pepsi competition fueled the popularity of their sites. The blog community site, Quan Zi, gained more than 100,000 readers because of the contest. One winner picked by Chinese web surfers is a Buddhist monk with a blog, a choice Pepsi execs cheerfully acknowledged was a dare by their consumers.

"It could have been a bit difficult politically to put a monk on a Pepsi can in China," Mr. Tsoi conceded. Both the blogging monk and a blogging Chinese soldier, another touchy image, will appear on cans.