Google Gears Up for Search Shift to Mobile and Vertical 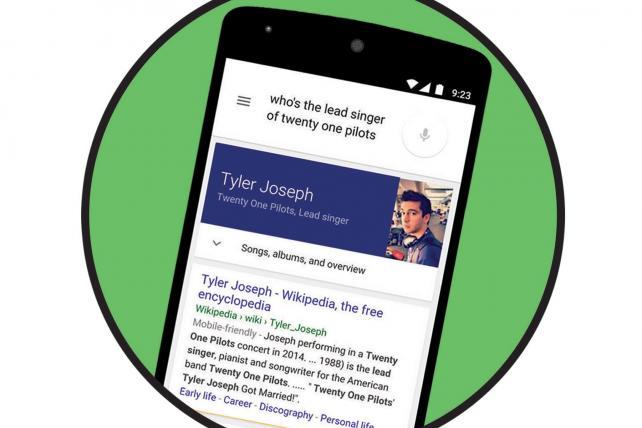 For years, search has been relatively simple. And lucrative. It's been dominated mostly by Google and performed mostly on desktop.

But in the background, a gradual shift has been happening and traditional search is dwindling. It started with desktop, with those searching for high-end modems going straight to Amazon and those looking for plane tickets or hotels going to Travelocity or Kayak. Those seeking recipes may start at Pinterest and a restaurant-goer is likely to go to Yelp.

"The search landscape is absolutely fragmenting, and vertical search will win dollars," said Jared Belsky, president at 360i. "And second, most of the vertical search dollars are coming from desktop or they're incremental."

But it's the proliferation of smartphone apps and the rise of a generation with no concrete ties to desktop computers that could be the bigger threat, both to Google and to advertisers still reliant on the desktop search-ad model. 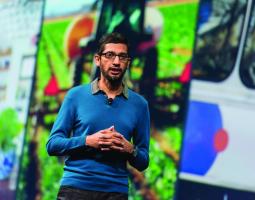 That's because when it comes to time spent on a device, mobile is king, surpassing desktop at a ratio of nearly 60-40, according to ComScore. With users spending 88% of that smartphone time in apps instead of the smartphone browser -- where Google search lives -- it becomes clear the company's search-advertising dominance might become an issue in the very near future. And marketers will need to explore new means of mobile-first advertising and ways to reach their targets through vertical search. Some experts would disagree with those last numbers, pointing out that users run apps like Spotify constantly in the background or play games while having several articles pegged to read later in the phone's browser. But apps are running wild either way.

Look at your own phone for proof. You might see a marvel of modern technology, app after app specifically designed to entertain you or make your life easier. Or you might see it as clutter or chaos or an overabundance of choice. Google tends to see it the second way.

"We believe consumers are not going to go through a dozen, 50 or 100 front doors for their mobile experience," said Jason Spero, VP-global brand solutions and innovations at Google. "We fundamentally believe that as good as some apps are, most people are still going to land there through some sort of discovery method."

"Even in a world where this became all about apps, Google is the infrastructure and monetization for hundreds of thousands of apps as well as the discovery for those apps," Mr. Spero said. "And that's a big investment for Android, for analytics and for the ad business."

Google wants to connect apps to its own ecosystem, including its browser, so it can better streamline the discovery method as consumers move to a mobile-dominant world. In 2013, Google began app indexing, or directing users to an app related to their search.

"The interesting area to pursue is deep links within apps," said Scott Shamberg, president of Performics U.S. "Consumers won't use hundreds of apps, but they will use their favorite with high frequency. At least within Android, Google could create algorithms to deep-link across apps in the operating system to index returns within those apps in addition to mobile web." 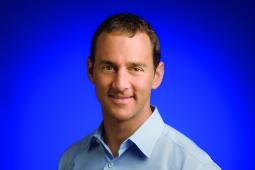 Mr. Spero didn't provide specific plans Google might have, but did mention Now on Tap. Yet to be released, the program would "scrape" a conversation between two people who were messaging each other, for example, and identify their questions -- from movie showtimes to whether Christopher Walken stars in Showtime's hit series "Ray Donovan" (it's actually Jon Voight). In the future, the company might learn enough about your routine to know when you're hungry and what type of food you like, in order to recommend a restaurant when you're in Google Maps, for example.

"These changes mean that if marketers haven't already gone through the exercise of reinventing their approach to search, they run the risk of their entire search program becoming stagnant," Mr. Shamberg said. "Whether they do this directly or putting their agency on notice to do so, they must place a much heavier commerce-oriented lens on their budget allocation and success criteria. This has particularly massive implications for CPG, where commerce-driven searches within Amazon and potentially Jet.com will become the norm."

Still, while Google can use its own apps to increase its bottom line, the bulk of its revenue, of course, comes from search and advertising. There, too, mobile is ascending. For the first time ever, mobile advertising will surpass desktop in 2015, according to eMarketer, with about $27.6 billion expected to be spent on desktop compared with mobile's $30.5 billion.

Google doesn't break out how much it makes from mobile, but in 2014, the company saw approximately $59.1 billion in ad revenue. Of that, $11.8 billion came from mobile search and about 75% was generated through a deal with Apple to be the default search engine for the iPhone and iPad Safari browser, according to an equity research report from Goldman Sachs released earlier this year.

"Google has already made a huge push into mobile as a means to hedge against declines in desktop and it isn't just in product development," Mr. Shamberg said. As Google shares "data back with marketers and agencies, [it] consistently calls out mobile performance—and, more importantly, spend—against the market as a whole. In other words, mobile maintains a premium and priority position in their sales approach."

Out of this year's mobile-spending budget, search advertising gobbled up $13.6 billion, or about 45%, and that number is only expected to increase in future years, eMarketer said. The data did not specify whether the searches were traditional or vertical.

And while some companies are beginning to advertise in vertical spaces like Yelp or Amazon, the amount of money they're spending is typically dwarfed when compared with other advertising avenues. "A lot of this is just happening and you're not going to see it show up in budgets for another 12 months," Mr. Belsky said.

That might be because vertical search is still in its infancy and major players are still trying to grow it. About 53% of people surveyed in a 2015 Forrester study said Amazon is their go-to site for researching products and services. Additionally, 30% of all product searches start at Amazon, not Google, according to a 2012 study also conducted by the same group.

Recently, Amazon launched its own Text Ads, adding that Product Ads, a cost-per-click advertising program meant to drive traffic from Amazon.com to a seller's website, will be discontinued Oct. 31, according to an Amazon spokeswoman.

"Amazon is really interesting," Mr. Belsky said. "They have been testing an all-out Text Ad product that resembles Google in many facets. It actually has a quality score, a way to bid on keywords, you can tether your products to sponsor categories. The only thing is you have to sell those goods within Amazon, not off Amazon."

Amazon's forthcoming self-service, pay-per-click Text Ads, has yet to receive a release date and a spokeswoman declined to comment.

While Amazon will be launching its own text ads, Google can still offer more. The company syndicates its search ads outside of search environments by doing things like running them as display ads on other sites or mobile apps.

"When you take into account the generational usage of mobile, and you get to millennials and the generation underneath them, they are not going to learn from desktop computers," Mr. Shamberg said. "This is going be an all-mobile experience for them, and it is part of the reason why over the last three years, Google has been laser-focused on these vertical search experiences because they are trying to stem the bleeding of what's being lost off their platform in these vertical search areas."

"Google's mission is the exact same mission that it has been from the start," Mr. Spero said. "Google is still trying to organize the world's information and make it accessible. We believe the consumer is still going to need to map out information virtually and we need to make it available every minute of the day as opposed to when we were just sitting indoors with the laptop."