Jim Perkins recalls driving his first car, a 1938 Chevrolet, at age 8, steering while sitting in his father's lap. "My dad always had a Chevrolet," he says. "I thought Chevy hung the moon." 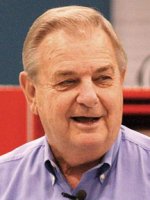 He got his first job at a Dallas Chevrolet dealership in 1960 at age 25, scrapping warranty parts. Perkins, now 76, held dozens of positions at Chevrolet, including general manager from 1989 to 1996, where he oversaw the successful launch of 15 new vehicle lines.

"There's so much strength in the Chevy name," he says. Like Coca-Cola, "you're starting with a winner when you start talking about Chevy."

Perkins is among many notable executives who spent parts of their careers marketing a General Motors brand firmly embedded in American culture.

Perkins became assistant general manager at Chevrolet in January 1989 and was named general manager four months later, a position he held until 1996. He says General Motors "was in disarray" during that time and he was saddled with the Lumina APV minivan, a vehicle dubbed the Dustbuster because of its steeply angled front end and long windshield.

"Slogans or buzzwords would not have done it with that vehicle," Perkins says. Instead, he played up the minivan's quirky advantages: respectable fuel economy, sleek aerodynamics and advanced composite materials. Though the Lumina APV was easily upstaged by the Chrysler minivans, "it wound up selling pretty well," Perkins recalled.

He credits Chevy for teaching him much about the car business and fueling a passion for marketing that he still has today. 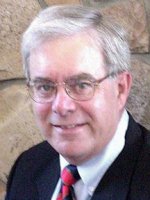 While Perkins was charged with rescuing Chevy at a low point, others felt lucky to have capitalized on the marque's success. Jeff Hurlbert, now 63 and retired since 2002, knew he wanted to work at Chevy after graduating from college. "It was a great company, an industry leader," he says.

His first job was driving executives and selling used GM cars. He held a variety of sales and marketing jobs and gained experience "working with dealers on how to develop successful campaigns." Hurlbert was marketing manager for Chevrolet from 1990 to 1995 and helped spearhead the "Like a Rock" campaign, which "helped considerably in raising my name throughout the organization."

Hurlbert remembers attending a ride-and-drive event when "Like a Rock" was at its peak. GM Chairman Jack Smith approached him and said, "You're doing a great job. Keep those Chevy trucks rolling," Hurlbert recalled with pride. "When the chairman of GM says that to you, you know you're doing pretty good." He believes his success on that campaign helped him become vice president of sales and marketing for GM Europe. 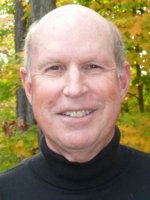 Mac Whisner, now 67 and retired since 2005, worked 41 years at Chevrolet and was director of Chevy truck advertising from 1991 until 2003, overlapping with Hurlbert on "Like a Rock."

Whisner says the brand's greatest asset at the time was his team. "We shared a lot of success. There was little infighting," he says. Spending so much time with his team members, Whisner says he developed close friendships with his Chevy family, many of whom he remains in touch with today.

Kurt Ritter recalls the grand entrance to Chevy division from Milwaukee Avenue in Detroit, with Chevrolet Motor Division written across the top. "It was a very prestigious opening. No other division had their name written on it like that ," he says. Ritter, now 62 and CEO of Saatchi & Saatchi's Los Angeles office and of Team One, spent 32 years at Chevrolet. He was marketing manager of Chevrolet trucks from 1991 to 1995.

Ritter left GM in 2003 to join Saatchi, Toyota's ad agency. He took some heat for the move, but after so many years at GM, he says, he wanted to work on the ad agency side. He says his Chevy career provided him skills he has used at the agency, including how to lead and ways to attract the most talented employees. Chevy, he says, "was a wonderful place to have begun a career." 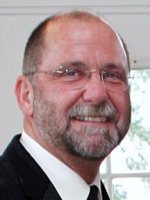 When Jim Jandasek was tapped to become Chevrolet car ad manager in 1991, a post he held until 2004, he was working on Jeep at Chrysler. Jandasek, now 62 and retired since 2008, says it was unusual for GM to look outside Chevy, let alone GM, to fill an executive position. But he jumped at the chance to work on "a brand that I loved and that America loved as well."

He says he was fortunate enough to work for Perkins, Ritter and John Middlebrook, Chevrolet general managers who were similarly devoted to the brand. He recalls that Perkins required everyone to wear a lapel pin every day that said, "Chevy Proud," cementing a spirit of camaraderie.

His says his tenure began at a low point, when he was forced to market Corsicas and Berettas, along with the ill-fated Lumina APV minivan. "There was a tremendous gap between the iconic power of the brand and the products that Chevy was being provided," he remembered. There was concern that the products couldn't deliver on their promises, so "out of necessity you played the emotional card" and the residual tie to the brand.

Among the campaigns Jandasek worked on were "Genuine Chevrolet" and the launch of "An American Revolution."

He's grateful for his long run at Chevy. "It was a chance to work on this incredible brand with incredible people.," he says. 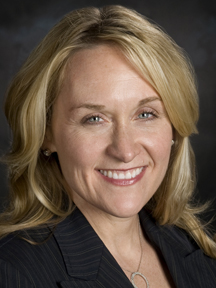 What makes Kim Brink, 45, most proud is her work on the "An American Revolution" campaign, which she says was ranked the fifth-most-recognized auto campaign in history by research firm Millward Brown in 2004. Brink (previously Kosak) became ad manager of Chevy trucks in 1994 when she was only 28, then was tapped as assistant brand marketing manager for the Chevrolet Silverado in 1998 and 1999. She was ad director at Chevrolet from 2003-10.

She worked for Ritter and Whisner, who were "amazing to learn from," she says. "I had so much responsibility at such a young age." The campaign's biggest success, she says, was getting people who otherwise would have ignored Chevrolet to consider the brand, especially its cars.

And the Chevy name is a great calling card: "You put it on your resume and people know it because it resonated with everyone." 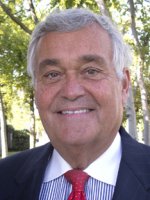 Jim Heckert, 65, started at GM in 1970 when it held a "virtual monopoly" of the car and truck market. Over his 27 years, he held 22 jobs at the automaker, including brand manager for the Malibu in 1997 when it was voted Motor Trend's Car of the Year.

He believes his success in developing a marketing strategy that resulted in the sale of 250,000 Malibus in the first year led him to be recruited by Republic Industries Inc. as senior vice president of operations. In 1997, he left GM for Republic, which became AutoNation Inc. in 1999, and worked at the company for five years.