The top 5 creative brand ideas you need to know about right now: May 7, 2021 | Ad Age
Skip to main content
Sign In Register

Statues cover up, an ad that makes viewers angry, and more
READ THIS NEXT
The top 5 brand TikToks you need to know about

5. Sun Bum: We Are Not Bananas
Agency: Funworks

Statues of Dolly Parton, Mark Twain and The Fonz are among the 50 nationwide that are sporting full-length banana costumes as part of a campaign for Skin Cancer Awareness Month. Sun Bum and agency Funworks decked out a statue in every state with the help of Hollywood costume designer Erik Dixon, and visitors and tourists are being encouraged to share selfies with the silly-looking sculptures. 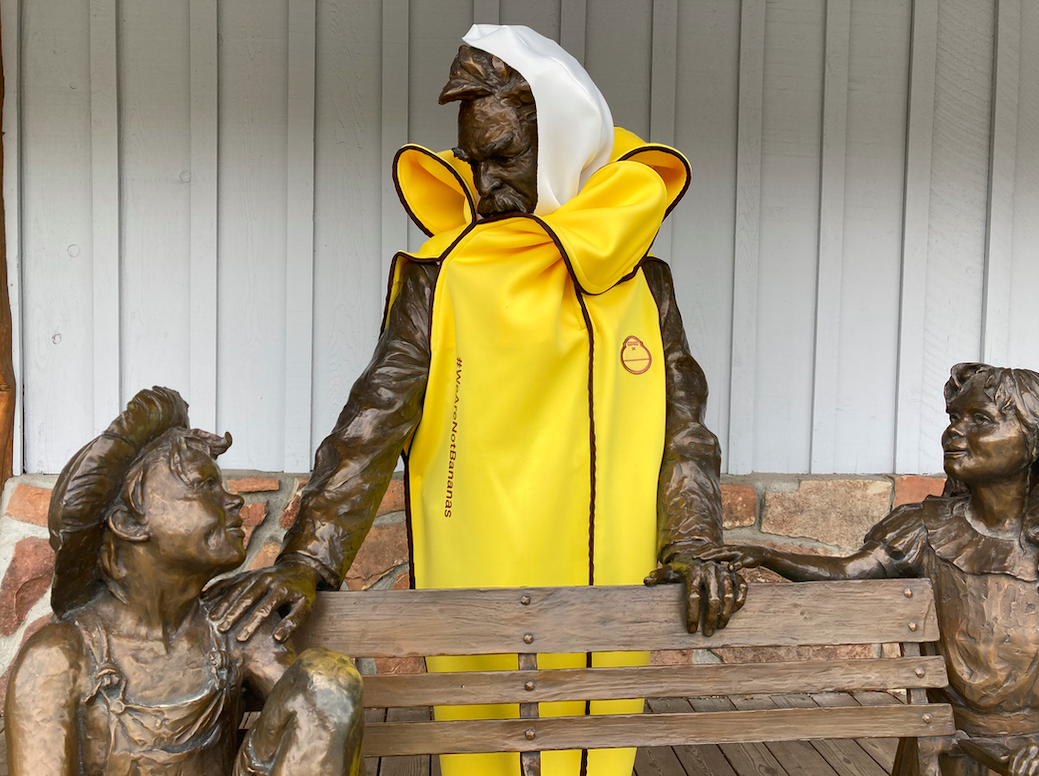 Most ads try to elicit positive emotions in viewers, but a new spot for period care brand Hey Girls is trying to do just the opposite. Adam&Eve/DDB enlisted the help of a professor of psychological and brain sciences to craft an ad designed to make people angry, through empathizing with people who lack access to period products—along with a heavy dose of flashing lights and frantic cuts. Directed by Margot Bowman of Prettybird, it can’t be shown on TV due to its depiction of blood, but the brand is looking at a cinema release.

Miller High Life is the Champagne of Beers, and now the brand is gunning for its very own origin designation: the Champagne of Beers region of Milwaukee, Wisconsin—several blocks around its brewery. There’s a real petition fans can sign, and one lucky person will be hired as a brand ambassador for the new region, a post that comes with a $20,000 salary and a year’s supply of free beer.

Plenty of young people (and some not so young) moved back in with their parents during the pandemic. But rekindling that intergenerational magic is tough. Publicis One Touch's latest spot for Nivea is a Mother’s Day tearjerker, complete with misunderstood mom, grumpy 20-something and an eventual reconciliation. Sune Sorensen directed, via Casta Diva Pictures, and the spot features a cover of Bon Iver's "Skinny Love" by Birdy.

Extra Gum and agency Energy BBDO have been known for their highly emotional tales (See the story of Sara and Juan and this daughter-and-father origami tale.) But now, as we prepare to come out of the pandemic, the Mars Wrigley brand is ready to celebrate with this all-out face-sucking fest, backed by the powerful vocals of Celine Dion. So far, it’s one of the best brand expressions we’ve seen of the pent-up energy that’s about to be unleashed before what many are calling the “hot vax summer.”

Other highlights of the week included a Durex spot that gets to the point, Joe Jonas’ 3D-printed hand for Expedia and the latest crossover involving two Ryan Reynolds-owned brands.