A free game racks up $1B in revenue. How's that for epic?
READ THIS NEXT
Nike is Ad Age's Marketer of the Year for 2018 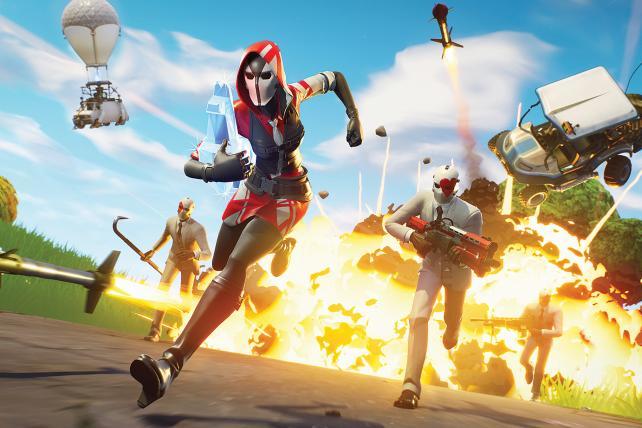 A winning model: 'Fortnite' is kid friendly, colors are bright and the action is cartoon-y. It streams online and, most of all, it's free to play.
Credit: Epic Games

Epic Games is no startup. The company is staffed with veterans of the video-game industry, and for decades it's made its mark with games like the "Gears of War" franchise. Its Unreal Engine technology has underpinned some of the most popular video-game series of all time, like "Mass Effect," "BioShock" and "Injustice."

But 2018 blew up for Epic Games thanks to the rise of "Fortnite," a free-to-play digital game it created and distributed that broke fully into mainstream consciousness. A year after its release in September 2017, the game boasts 125 million players worldwide, many of who are shelling out small amounts of money in-game for new outfits or quirky dances for their digital avatars. This business model has pulled in more than $1 billion in revenue and has pushed Epic Games to a valuation of $15 billion, according to The Wall Street Journal.

In the past, people who didn't play video games would still "talk about Nintendo and Mario," says Joost van Dreunen, CEO and co-founder of Nielsen's SuperData Research. "Now it's all about 'Fortnite.'"

Much of the game's popularity can be traced to its distribution model. "Fortnite" wasn't the first game to tap into the appetite for what's called "battle royale," or last-man-standing-style play, in which dozens of players compete simultaneously in a single digital environment, à la "The Hunger Games" or the format's namesake, the 2000 Japanese film "Battle Royale." Early last year, game developer Bluehole released "PlayerUnknown's Battlegrounds," which pioneered much of the gameplay.

But Epic Games made it free. There's no cost to play other than time, so it spread quickly by word-of-mouth between fans. "'Fortnite' has been all about jumping on an opportunity in the right way," says van Dreunen. Because Epic has a long history as a game engine company, it could port the code to almost any imaginable platform: Windows and Mac computers, iOS and Android mobile devices, PlayStation 4 and Xbox One consoles and the Nintendo Switch handheld. Anyone who wants to play can, without needing to buy expensive new hardware.

Rather than spend years on development, Epic has rolled out quick-hit offerings to players, like frequent updates, new purchasable items and season passes that unlock exclusive content. "Traditional publishers tend to think in terms of deliverables. Build a game, try to sell as many copies as they can. 'Fortnite' is much more agile in terms of its release," says van Dreunen. "It may seem low energy or like it doesn't cost them much, but it's what they got right compared to brands like Activision."

The game itself also has mass appeal. While many popular games, like Rockstar's "Red Dead Redemption 2," feature realistic violence and an open environment where players can make dubious moral choices, "Fortnite" is kid- (and concerned-parent) friendly. There's no blood in the combat. Winners dance when they're victorious. The colors are bright and the action is cartoon-y.

These visuals have helped "Fortnite" grab attention on a relatively new platform—online streaming. While millions of people play the games, others simply watch other people play it online. Players also watch others while they aren't playing, so engagement is phenomenally high. In May, viewers watched 574 million hours of "Fortnite," according to SuperData. In September, they watched 104 million hours on Twitch alone, according to The Wall Street Journal.

"Streaming was instrumental in connecting the content with the audience," says van Dreunen. Esports, while likely a big part of the brand's future, "is a station along the way for them."

But the move from store-bought consoles and games on discs to a wholly digital, online, interactive experience is the real shift in the works, he adds. "It's a sign of things to come in the way that the industry at large is transitioning."