CMO Antonio Lucio says the social network is preparing for the game like any other traditional advertiser
READ THIS NEXT
Amp spotlight: Who really won the Super Bowl? 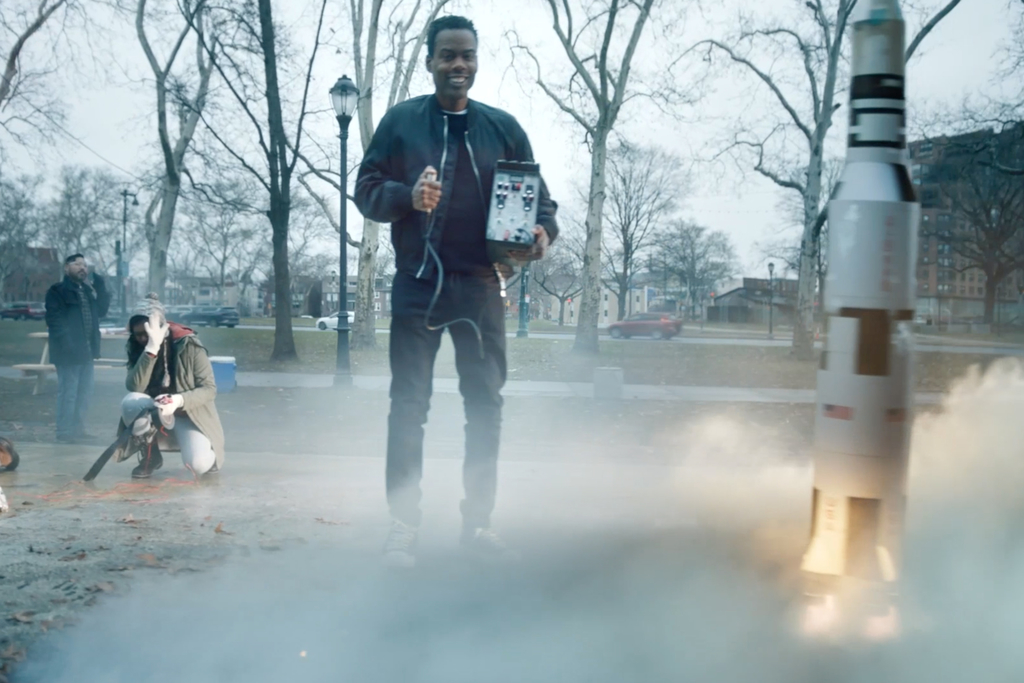 Facebook got its first taste of the high-wire act that is Super Bowl advertising in December when the star of its commercial, Sylvester Stallone, leaked information about the secret spot. Stallone was sharing to Instagram from behind the scenes at the commercial shoot in Philadelphia.

It was not a stunt meant to generate buzz, says Antonio Lucio, Facebook’s CMO, now ready to talk about the social network’s Super Bowl debut.

“[Stallone] got really excited within the context of the shoot,” Lucio says, during a recent phone interview. “Kind of playing Rocky, with the Philadelphia stairs, the statue that he has, the crowds. And he became really excited and he released that.”

Stallone’s Instagram footage showed him at the Philadelphia Museum of Art, on the famous stairs from “Rocky,” where there is a statue of the boxing character. Then the Instagram video was picked up by the evening news, and Facebook’s Super Bowl cover was blown. “As simple as that, man,” Lucio says. “I wish it was a much smarter PR angle. It wasn’t.”

The incident became a moment for Facebook to test the style of real-time marketing that is the hallmark of Super Bowl advertising, responding to unpredictable events as they unfold. Much like advertisers do on the day of the game when their ads run, Facebook took to Twitter. “You rocked the cat out of the bag,” the company tweeted to Stallone.

“We decided to jump in and leverage the conversation,” Lucio says.

Facebook has been able to maintain some mystery around the commercial. The company is holding back the full version of the 60-second spot until it runs in the fourth quarter. On Monday, Facebook only released two teasers, which kind of explain the whole “rock” theme. One clip shows Chris Rock doing one-handed (and no-handed) push-ups. Another clip shows kids preparing model rockets for liftoff.

The scenes revolve around Facebook Groups, which are the focus of the campaign.

Groups are an important product category for Facebook as it tries to promote more personal communities over the cacophony of the main News Feed. The company wants to improve the quality of interactions people have on its service after it earned a reputation for empowering bad actors who degrade the general atmosphere. The idea is that within Groups people congregate around shared interests with more positive and constructive conversations.

Still, Groups are not immune from nastiness. Some have been tainted by the same toxic behavior that infects the rest of Facebook, as famously exemplified during the 2016 presidential election. In August, Facebook wrote a blog post detailing how it plans to keep Groups safe, outlining similar issues that beset other parts of the platform.

The Super Bowl ad is one piece of Facebook’s broader marketing campaign to frame its services in a more positive light. The commercial is part of a campaign called “More Together” that started nearly a year ago and will continue through 2020, including ads during the Grammy Awards and Oscars.

The appearance in the Super Bowl puts Facebook on the other side of the marketing machine. It’s usually the platform that persuades brands to rethink traditional TV and attach their marketing to its social media empire. Now, the company is ready for TV advertising's biggest stage with a blockbuster commercial. Also, Facebook will take over YouTube’s homepage during the game with a splashy masthead ad placement.

On Sunday, Facebook got a dress rehearsal for the Super Bowl with a commercial in the Grammys. The ad highlighted a niche Group for kazoo enthusiasts, the International Kazoo Players Association, which only counts 500 members. There are 2.8 billion people who use Facebook apps every month, and 400 million actively participate in Groups, Lucio says.

Facebook chose the kazoo Group because it pairs well with the musical theme of the Grammys.

The kazoo-themed ad comes just ahead of the little-heralded National Kazoo Day on Tuesday. That is perhaps another chance for Facebook to jump on social media and create some interest by sharing the commercial through online video. But when asked about the day for kazoo fans, Lucio says he didn't even know there was one.

"I'm going to send that on to our team," Lucio says. "Maybe we should do something to celebrate the National Kazoo Day."

At the very least, Facebook will be following the Super Bowl chatter like every other brand to see how the public reacts, Lucio says. "They are going to happen on Facebook whether we are part of the lineup or not," he says. "We decided that it was time for Facebook to be also part of the lineup, and to be perhaps a more present element of culture, and that’s why we're doing what we're doing."