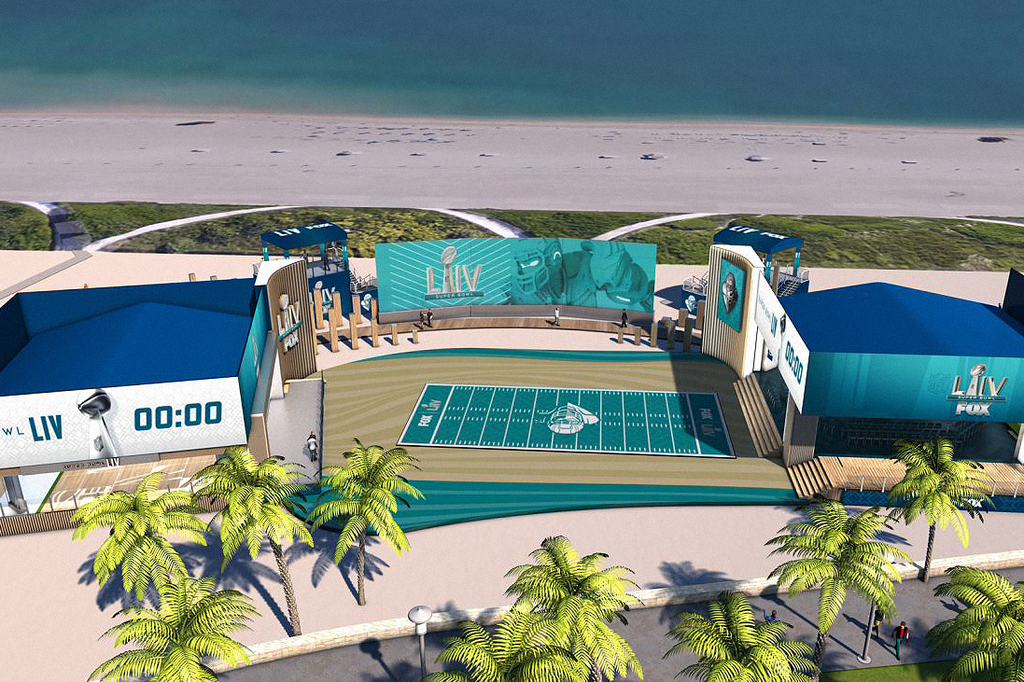 'We want to ensure that the advertiser's vision is what’s represented on our air.'

As introductory questions go, it’s hard to think of a worse opening gambit than to ask someone who’s about to perform his job in front of more than 100 million Americans if he’s nervous. Unfortunately, this is the first thing that pops into my head while I'm chatting with Fox Sports Executive Producer and Executive VP/Head of Production and Operations Brad Zager, who on Sunday will oversee his first-ever Super Bowl broadcast.

No pressure or anything.

To his enduring credit, the 41-year-old Zager doesn’t exactly seem plagued with nerves; speaking from his base of operations in Miami, he sounds about as cool as a short-tailed cat in a room full of beanbag chairs. This unflappability is a function of Zager’s two decades in sports production and the fact that he’s surrounded himself with a phalanx of pros who live and breathe to bring the game’s biggest moments to a screen near you.

“Thanks for reminding me,” Zager jokes, after the size of the Super Bowl TV audience is invoked. “Actually, it’s all been great. I think having the World Cup really helped us with our Super Bowl prep. The experience of doing a massive event on the scale of that event was a proxy for Sunday, for sure.”

Zager, who last February was tapped to lead all live event production, operations and creative services for Fox, has been grinding it out in the sports world for nearly a quarter-century. Fresh out of high school, Zager in 1996 left his native Detroit for Los Angeles, where he promptly secured an internship at Fox Sports West. In time, he graduated to producing Dodgers games for the network before heading to Japan to oversee the launch of Fox Sports Asia. Since returning to his home turf, Zager has helmed production of such marquee events as the MLB All-Star Game, World Series and the aforementioned FIFA World Cup.

Having brought together staffers from the production side with the studio and booth talent earlier in the week for a we’re-all-in-this-together dinner celebration, Zager is now reviewing every aspect of the production under his remit, testing the equipment, scripts and logistics with the rigor of a NASA engineer in the hours before a moon launch. And given that the commercials are such an integral part of the Super Bowl experience, he’s keeping a steady watch over the particulars of the ad breaks as well.

“You have to remember, this is a culmination of over a year’s work for hundreds of people,” Zager says. “We understand that for every advertiser and sponsor, their 30 or 60 seconds is the Super Bowl. So it’s on us to make sure the entire day goes as smoothly as possible. We want to ensure that their vision is what’s represented on our air.”

The Fox team are such old pros that one brand recently decided to risk it all and entrust the network with helping it bring the very first live Super Bowl spot to life. In 2017, Snickers and BBDO New York caused a stir with their real-time ad featuring a bumbling Adam Driver, who inadvertently laid waste to a Western-themed set. The tag: “You ruin live Super Bowl commercials when you’re hungry.”

Zager notes that one of the things that makes the Super Bowl a tricky proposition is that it draws so many viewers who aren’t terribly familiar with the rules of football. While Fox doesn’t want to risk alienating hardcore fans by dumbing things down for the people who can’t distinguish between the shotgun and pistol formation, nor does it wish to scare off the casual fans who only take in one game each year.

Zager’s guiding philosophy is egalitarian, inasmuch as he’s always looking to make viewers feel as if they’re involved in a grand communal experience that unfolds in real time. He internalized a good deal of his understanding of that particular viewing experience during the nine years he worked alongside legendary Dodgers broadcaster Vin Scully.

“We take the approach that sports are supposed to be fun,” he says. “It’s like that old college football line about recruiting, ‘It’s not the X’s and the O’s, but the Jimmys and the Joes.’ This is a celebration, one that the broadest spectrum of people are invited to join.”