The latest snack star turn follows Mila Kunis and Shaggy in a Cheetos teaser
READ THIS NEXT
Amp spotlight: Who really won the Super Bowl? 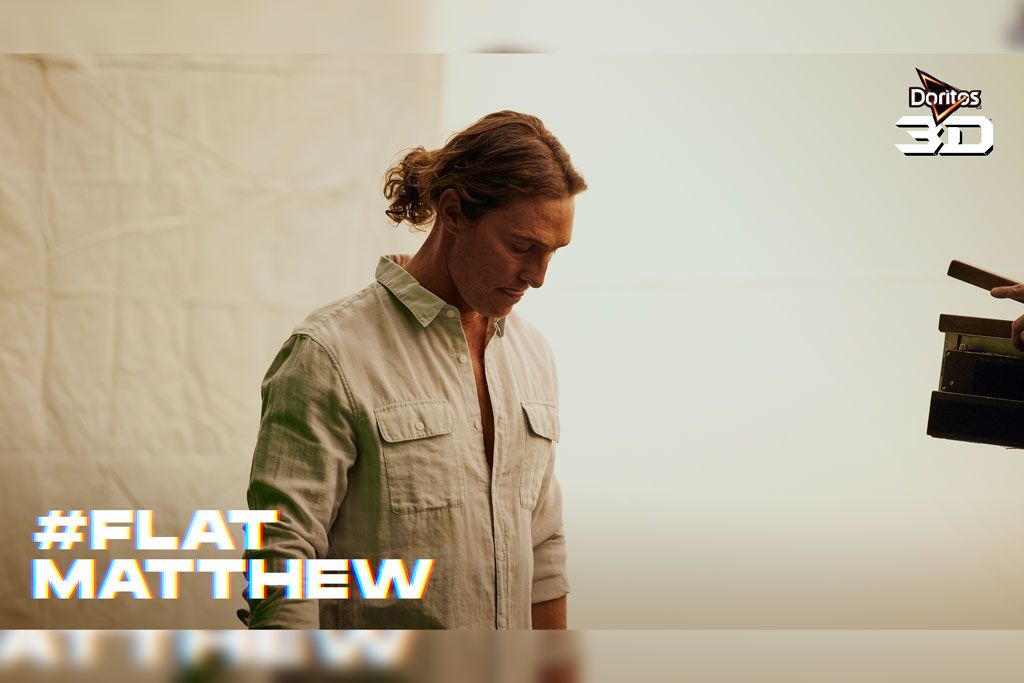 Doritos is out with a Super Bowl ad teaser confirming Matthew McConaughey is the #FlatMatthew the brand hinted at last week, and adding further proof of Frito-Lay’s celebrity-filled ad plans.

Doritos’ sibling Cheetos is also in the Super Bowl. This week it dropped its second teaser, this one starring Mila Kunis and “It Wasn’t Me” singer Shaggy, after the first, with Kunis’ husband Ashton Kutcher, debuted last week.

The second Doritos teaser shows a mom and two kids on the driveway, and one of the kids spots a dog with a leash leading up to the sky. Off screen, it seems, McConaughey is riding above like a kite. He is soon heard asking for a little help.

McConaughey, who won the Oscar for Best Actor in 2014 for his work in "Dallas Buyers Club," more recently has become a familiar face in commercials. He’s the star of multiple Lincoln campaigns, has appeared in marketing for Wild Turkey, and voiced Carl’s Jr. spots in 2018.

Over at Cheetos, Kutcher first appeared in a teaser looking at mysterious photos and an empty Cheetos Crunch Pop Mix bag. In the second teaser, Kunis lays it on thick in a practice apology. “Too much?” she asks. “Just stick to the line I gave you,” Shaggy replies, before the beats from “It Wasn’t Me” begin playing.

Frito-Lay has not yet announced agency details, when the spots will run during the game or how long either spot will be. Along with the two in-game ads featuring celebrites, it has football stars including Troy Aikman, Marshawn Lynch and Jerry Rice in a campaign for the overall portfolio, featuring Lay’s, Tostitos, Doritos and Cheetos.

Last year, the Doritos Super Bowl spot featured Sam Elliott and Lil Nas X, with a brief appearance by Billy Ray Cyrus, while Cheetos had a humorous ad starring MC Hammer and his "U Can't Touch This" line.

Frito-Lay has celebrities in its pre-Super Bowl Sunday work as well. Nelly and Rick Astley star in separate campaigns for Lay’s Flamin’ Hot and some better-for-you brands, respectively. The Nelly ad came from Frito-Lay's internal agency and the PepsiCo snack unit worked with The Marketing Arm on the Astley effort.

Join Ad Age on Feb. 2 for a look at how brands are navigating the pandemic and addressing diversity in their ads for the 2021 game.