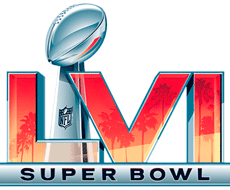 The Super Bowl LVI ad game got off to an early start this year, with NBCUniversal, which is airing the grudge match, announcing it was nearly sold out of commercial time before the NFL season even started. Of course, the last handful of ad units are typically the hardest to offload.

As demand escalates, so too has the cost to advertise in the Big Game. NBC is asking as much as $6.5 million for a 30-second spot, up from the $5.6 million CBS was seeking in 2021.

This comes following last season’s tumultuous lead up to the Super Bowl. For many brands, the uncertainty surrounding COVID-19 made buying and executing a Big Game commercial a crap shoot. And the upheaval ultimately resulted in some usual suspects sitting out of the game, replaced by a large swath of first-time Super Bowl advertisers.

With much of the ad inventory already accounted for, brands are already starting to divulge their Super Bowl ad plans. Ad Age’s definition of a Super Bowl commercial includes all national spots between the coin toss and end of play.

And catch up here on the big business of Super Bowl commercials.

Buy: TurboTax will return to the Super Bowl with its ninth consecutive spot. TurboTax was the first brand to confirm it will run a commercial in Super Bowl LVI.

Creative: TBD. In 2021, TurboTax ran a 30-second commercial that featured the “desks” of TurboTax live experts rolling, floating, and in one version of the spot rotating around like a wooden mobile—all as experts dish out tax expertise and advice through a laptop.

Creative: While FTX CEO Sam Bankman did not disclose details about the creative, he said the company will use the game to help educate consumers on crypto and assure that it is safe and accessible to everyone. FTX has been beefing up its marketing efforts in the U.S., featuring husband and wife superstars Tom Brady and Gisele Bündchen (who have a stake in the company) in a campaign that aired during NFL games earlier this season. A new ad that debuted in October showed NFL teams and fans going crazy over Brady discussing a trade.

Buy: The upcoming 30-second commercial marks the produce marketer’s return to the Big Game after sitting on the sidelines in 2021. The brand dropped Energy BBDO and reunited with its prior creative agency, GSD&M, in February 2021.

Creative: TBD, but its string of Super Bowl commercials from 2015 through 2020 focused on humor and featured celebrities.

Buy: DraftKings will return to the Super Bowl after making its first foray into the game in 2021.

Creative: The sports betting platform will take a more creative approach to its Big Game spot from last year, when it aired two 15-second sports that were direct response ads. It’s 2021 commercials featured DraftKings host Jessie Coffield and offered Super Bowl viewers the chance to bet for free on fourth-quarter action, such as who will score the last touchdown or if there will be a 20-yard gain.

Buy: Nissan will advertise in the Super Bowl for the first time since 2015 with one 60-second commercial.

Creative: The ad will star Brie Larson and will plug the automaker’s forthcoming electric Ariya crossover, as well as the 2023 Nissan Z sports car. The ad, called “Thrill Ride,” is expected to be more lighthearted than serious, with the goal of entertaining viewers.

Buy: Rakuten will air a 30-second commercial in the first half of the game. This marks the cash-back platform’s first foray into the Super Bowl.

Creative: The ad will have a “Casino Royale” theme and star an undisclosed “A-list” celebrity along with two fashion influencers, said Victoria McRae, VP, brand and creative at Rakuten Rewards.

Buy: The brewer retains its exclusive alcohol ad rights to the game, but has not revealed details of the buy.

Creative: Michelob Ultra and Bud Light are likely to get support. The big question is if Budweiser returns after sitting out the 2021 game, its first Super Bowl absence in 37 years.

Creative: TBD. In 2021, the automaker told the emotional story of Paralympian Jessica Long.

Buy: WeatherTech will return for its ninth consecutive Super Bowl with a 30-second commercial airing in the first half of the game.

Creative: The car accessory maker will once again emphasize its made in America messaging. The spot will also highlight some of the new product categories WeatherTech has moved into over the past few years, such as pet gear and cell phone holders.

Buy: Squarespace is returning to the Super Bowl. It has aired a commercial in most games since 2014.

Creative: Squarespace did not provide details on its creative, but this will be the company’s first Super Bowl campaign produced out of its relatively new Los Angeles office.

Buy: Meta, formerly Facebook, will be returning to the Big Game with an undisclosed buy. The company previously ran its first Super Bowl commercial in 2020.

Buy: Vroom is returning to the game with a 30-second spot. It made its Super Bowl debut in 2021.

Creative: TBD. The online car dealer used the 2021 game to highlight the pains of buying a car. A man is being shown in a torture chamber of sorts and is being interrogated by a car salesman. The scene then switches to the man sitting on his lawn with a car being delivered straight to his door. Vroom promises you’ll never have to go to a dealership again, which was especially appealing amid 2021’s COVID-19 safety concerns.

Buy: Crypto.com will make its first foray into the Super Bowl with an undisclosed buy.

Creative: TBD. The Super Bowl ad will come following a year where the cryptocurrency platform gained naming rights for the former Staples Stadium in Los Angeles, and tapped Matt Damon for a commercial.

Buy: QuickBooks will air a 30-second commercial in the fourth quarter. This is its first branded Super Bowl ad. While the Intuit-owned company has previously aired Big Game spots as part of its small business contest, those featured Death Wish Coffee in 2016 and GoldieBlox in 2014.

Creative: The new spot will be in keeping with the brand’s recently unveiled “Early Start” campaign. A recent 30-second spot showcases the uncertainty that small business owners often experience when dealing with the numbers side of their companies.

Buy: Pringles, the potato-chip brand owned by Kellogg Co., will run a 30-second ad. The commercial will mark the fifth straight year it has run a Super Bowl commercial.

Creative: The company is keeping a lid on details, but the spot is expected to address “a delicious dilemma that is sure to stir up chatter among snackers.” Pringles has used the last several Super Bowl ads to explore the phenomenon of “stacking” flavors.

Buy: Google will return to the Super Bowl with an undisclosed buy after sitting out of the game last year.

Creative: TBD. Google’s 2020 ad titled “Loretta” centered on an elderly widower following the loss of his wife. In an effort to remember her he types into Google: “how to not forget.” The 90-second spot blends together traditional search with Google’s virtual assistant as the man shares personal details about his wife.

Creative: The commercial is set to include an undisclosed "celeb superstar," Frito-Lay announced. In 2021, Cheetos’ in-game ad starred Ashton Kutcher, Mila Kunis and Shaggy, while the Doritos one featured Matthew Matthew McConaughey.

Buy: Lays will run its first Super Bowl ad in 17 years. It declined to provide details on the buy.

Creative: In the lead up to the game, Lays is introducing a new NFL-inspired chip called Lay’s Golden Grounds, which used the dirt of various football stadiums in the growing of its potatoes. The spot will introduce a new "stay Golden" campaign. Frito-Lay sibling brands Cheetos and Doritos will also be in the game with a co-branded ad highlighting their respective “Flamin’ Hot” varieties.

Buy: General Motors is returning to the Super Bowl for the third straight year with an undisclosed buy.

Creative: Last year GM ran two spots in the game: one corporate spot plugging its electric vehicle ambitions and another for the Cadillac Lyriq, a crossover that marks the luxury brand’s first EV.

Buy: Taco Bell will air a 30-second commercial in the fourth quarter of the game. This is the fast-food chain’s first Super Bowl ad in five years.

Creative: The company said the ad would showcase a “modern expression” of its Live Más motto, as the brand celebrates the 60th anniversary of its founding by Glenn Bell in 1962.

Buy: The travel site, which helps travelers make their reservations online, will air its first-ever Super Bowl commercial. The 30-second spot will run in the fourth quarter of the game.

Agencies: Booking.com worked with Horses & Mules on creative for the commercial, while Mindshare handled media buying.

Buy: The electric vehicle charger maker will air its first Super Bowl commercial as it looks to make a push into the U.S. It will air a 15-second spot in the second quarter of the game.

Creative: Wallbox Chief Marketing Officer Barbara Calixto declined to provide specifics on the creative and only said, "All I can tell you is that our idea will shock you. We're going a different route."

Buy: The online travel agency will run a 30-second spot in the fourth quarter of the game. Amid a rebound in travel, Expedia is hoping to capture more market share and grow brand awareness.

Creative: Jon Gieselman, president of Expedia Brands, said the spot will provide the “creative platform” for the company to lean into for the next couple years.