Despite the Thriller in Minny, Super Bowl Ratings Take a Tumble | Ad Age
Skip to main content
Sign In Register

Despite the Thriller in Minny, Super Bowl Ratings Take a Tumble 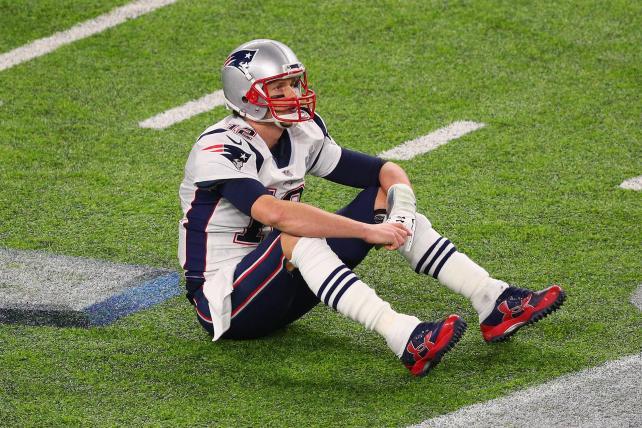 Super Bowl LII was a non-stop offensive juggernaut that snapped no fewer than 17 all-time Big Game records—including most combined total yards of offense (1,151) and fewest punts (one, care of Eagles' hoofer Donnie Jones)—and yet somehow the endlessly entertaining contest put up the lowest ratings since 2009.

Before everyone starts in with the gnashing of the teeth and the rending of garments, bear in mind that Super Bowl LII now stands as the tenth most-watched broadcast in U.S. history. Nine of the top 10 TV events are the NFL title tilts that have aired over the course of the last decade; bragging rights to the only scripted series on the list goes to CBS, which back on Feb. 28, 1983, scared up just shy of 106 million viewers with the two-hour "M*A*S*H" finale.

NBC established TV's high-water mark three years ago when its presentation of Super Bowl XLIX (the one in which Seattle coach Pete Carroll temporarily took leave of his senses and handed the game to a Pats team his squad had all but put away) averaged a mammoth 114.4 million viewers.

Philly's breathtaking 41-33 victory over Tom Brady and the New England Patriots drew a 43.1 household rating, also the lowest since NBC averaged a 42.0 rating with its coverage of the Pittsburgh-Arizona air war in 2009. Nielsen estimates that some 68 percent of all TVs that were in use last night were tuned to NBC.

When streaming via platforms such as the NBC website, NFL Mobile and the En Vivo app are tossed into the TV mix, the Eagles-Pats game delivered some 106 million viewers. That number is expected to swell further once the out-of-home ratings are added to the linear and streaming stats. NBC expects to have a final, comprehensive tally by Thursday.

"With an all-time Top 10 audience, the Super Bowl once again proved that it's the most dominant and consistent property on television," said Mark Lazarus, Chairman, NBC Broadcasting & Sports, by way of heralding last night's ratings. "Super Bowl LII delivered for all of our partners, and provided us with the unique opportunity to give America a look ahead at the Olympic Winter Games."

Viewership for the Super Bowl peaked at 112.3 million viewers in the closing minutes of the game, when Philly's Brandon Graham extinguished any hopes of a game-tying Pats drive with a strip-sack of Tom Brady. Eagles defensive end Derrick Barnett snapped up the loose ball at the Patriots' 31 to set up a 46-yard field goal with 1:05 left to go in regulation. Bedlam ensued on the streets of Philadelphia shortly thereafter.

Earlier in the broadcast, Justin Timberlake's performance in the Pepsi Super Bowl Halftime Show averaged 106.6 million viewers. Lady Gaga set the record for an intermission set with her Super Bowl LI show. Some 118 million viewers tuned in to hear the singer-songwriter belt out hits like "Bad Romance," "Poker Face" and "Born This Way," according to Nielsen.

Since 2010, when CBS first broke the 100 million viewer barrier with its coverage of Super Bowl XLIV, TV's biggest reach vehicle has never so much as flirted with an average delivery below that mark. And while the ratings for Super Bowl LII didn't quite measure up to those of more recent vintage, Sunday night's broadcast is certain to stand as the most-watched, highest-rated of 2018.

By comparison to the colossus that is the Super Bowl, the rest of the TV field looks downright dwarfish. During the 17 weeks of the regular season, all NFL windows averaged 14.9 million total viewers, down 9 percent compared to the year-ago 16.3 million. Over the same time frame, broadcast primetime programming averaged just 6.3 million live-plus-same-day viewers, which as it happens also worked out to a 9 percent year-over-year drop.

After the Eagles raised the Vince Lombardi over their heads for the first time in franchise history, NBC's presentation of a Very Special Episode of "This Is Us" delivered 27 million viewers, the biggest turnout for a post-Super Bowl broadcast since NBC drew 37.6 million viewers with the season two premiere of "The Voice." NBC can also lay claim to the all-time largest postgame audience, as it averaged a staggering 52.9 million viewers with a special two-part "Friends" episode that featured a roster of guest stars like Julia Roberts, Brooke Shields and Jean-Claude Van Damme.