Super Bowl Alert: Where are all the celebrities? | Ad Age
Skip to main content

Super Bowl Alert: Where are all the celebrities? 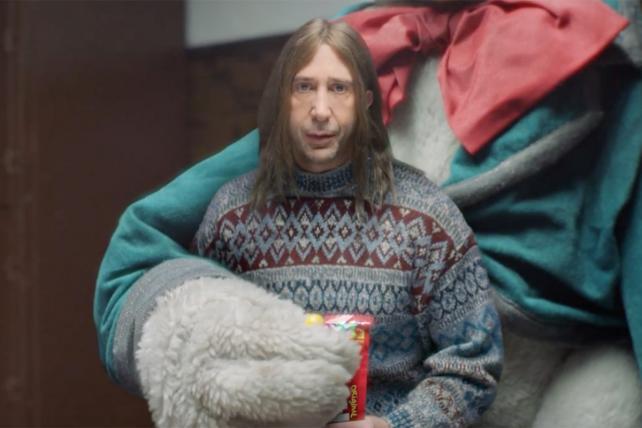 I'm Jeanine Poggi, Ad Age's senior editor, here with the latest edition of our Super Bowl Alert. In the weeks leading up to the game, Ad Age will bring you breaking news, analysis and first looks at the high-stakes, big-game commercials—all in our Super Bowl Alerts newsletter. Sign up right here to get them in your email.

There appears to be a dearth of celebrities appearing in Super Bowl ads so far this year, but on Monday Hyundai revealed Jason Bateman will star in its spot, E.J. Schultz reports. The 60-second commercial will use humor to promote its warranty program.

Last year, 56 celebrities appeared in Super Bowl ads, up from 43 the year prior, according to E-Poll Market Research.

Other celebrities confirmed to appear in Super Bowl LIII ads so far include Luke Wilson for Colgate and Peter Hermann reprising his role as "The Professional" for Persil ProClean.

It remains to be seen if the controversy surrounding how the National Football League handled players protesting racial injustice by taking a knee during the National Anthem is affecting celebrities' decision to appear in Super Bowl ads. Amy Schumer and Rihanna both have said that they would boycott the Super Bowl in support of Colin Kaepernick.

It hasn't been easy for the NFL to lineup musicians for the Pepsi Super Bowl Halftime show. But on Sunday, the organization finally confirmed Maroon 5 will be joined by rapper Travis Scott and local artist Big Boi. Scott reportedly only agreed to take the gig under one condition: the NFL would make a donation to Dream Corps, founded by CNN's Van Jones, whose mission it is to ""to inspire action, serve justice and improve people's lives."

The cost to advertise in the Super Bowl has increased 96 percent over the last decade, according to new research from Kantar Media. A 30-second ad in Super Bowl LII was $5.23 million, while overall revenue for the match between Philadelphia Eagles and New England Patriots reached $482 million. This was second to Super Bowl LI, but it is worth noting the earlier game went into overtime, meaning there were more ads. The 2018 game contained 51 minutes, 20 seconds of ad messages between the opening kickoff and final whistle, the third-highest total ever.

Maybe I'm a traditionalist, but Super Bowl "stunts" always irk me. Every year a brand or two looks to make a splash without shelling out the $5 million or so it costs to air a 30-second spot in the Big Game by staging some sort of gimmick tied to the Super Bowl. Most fall flat, but the last two years Mars' Skittles has managed to find a way to skip the Super Bowl in creative ways. This year, the colorful candy is heading to Broadway, Jessica Wohl reports. The company is selling tickets to a 30-minute show called "Skittles Commercial: The Broadway Musical," that will have one performance on Feb. 3 and feature a celebrity to be named later.

In 2018, Skittles showed its "Exclusive the Rainbow" commercial starring David Schwimmer to only one guy on Super Bowl Sunday. The concept, which included teasers, generated plenty of buzz and received accolades that included 10 Cannes Lions.

From the archives: Skittles ran three consecutive Super Bowl ads from 2015 through 2017, ending with "Romance."

And speaking of sitting out of the game, after making its Super Bowl debut with a spot starring singer Iggy Azalea last year, Monster Products will not return, a spokeswoman confirmed. The 2018 spot featured Azalea's single "Savior," which was released the day before the Super Bowl and became the 2018 Super Bowl's most-Shazamed song, Shazam said afterward. (It earned that distinction with just 23,000 Shazams.) In addition to Azalea, the commercial included cameos by Aerosmith's Joe Perry, Nsync's Joey Fatone, publicist and Kim Kardashian friend Jonathan Cheban, internet celebrity Ricegum and others.

Taking to the skies

Turkish Airlines said last week that it will return to the Super Bowl with its third consecutive spot. It's previous two ads features Dr. Mehmet Oz and Morgan Freeman. The airline will run a 30-secomd commercial in the first quarter.

For the most up-to-date list of all the brands advertising in the Big Game, bookmark out Super Bowl ad chart.