The smart money's on these Super Bowl commercial bets

Before you bet the rent on Budweiser, Coca-Cola and partial ad mascots, read this
READ THIS NEXT
General Motors poised to return to the Super Bowl 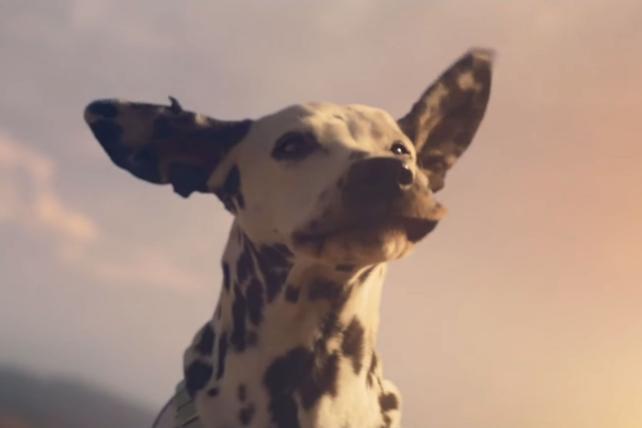 While CBS has made it clear that viewers won't be subject to any loose talk about gambling during the network's broadcast of Super Bowl LIII, there are roughly six billion reasons why many of those tuning into the Big Game might welcome the odd comment about the point spread or the over/under.

According to the American Gaming Association, some 22.7 million Americans will place a bet on Sunday's Patriots-Rams showdown, laying down an estimated $6 billion on the contest. A good deal of those dollars will land on prop bets, Vegas argot for the list of novelty propositions centered around highly specific and often trivial outcomes. And as much as you won't hear Jim Nantz or Tony Romo make a peep about the game within the game, many of the props on offer have to do with the particulars of the CBS broadcast itself.

One BetDSI prop that bettors would be wise to ignore asks whether play-by-play announcer Nantz will say, "hello, friends" when he and color commentator Romo first appear on your TV screen. That two-word salutation has been Nantz's signature line going back to 2002; the prospect of him skipping the phrase is so unlikely that anyone who bets that he will indeed fall back on his trademark utterance will have to risk $10,000 in order to win $100.

Put $100 on "no," however, and you walk away with $2,500. Better still, just give the $100 to your favorite charity, because you're parting ways with that Franklin one way or the other. Dumb, dumb bet.

Another prop that is probably not worth your time is that which asks whether Nantz or Romo will say "Bet Against Us" at any point in the game. A nod to Patriots' wide receiver Julian Edelman and the dopey slogan he introduced a few weeks ago in one of his "hype videos," the "Bet Against Us" trope is designed to position New England as lovable, scruffy underdogs. Yes, that New England, the same New England that is headed to its third consecutive Super Bowl and its ninth since the turn of the century.

As two-and-a-half-point favorites, the Pats quite literally are the antipode of underdoggery.

If you bet that neither Nantz nor Romo will give voice to Edelman's T-shirt sloganeering, you'll have to risk $650 to win $100. Again, CBS has made it abundantly clear that there won't be any gambling talk in the booth, which explains the unfavorable odds. "Gambling is legal in a few states now," CBS Sports Chairman Sean McManus told reporters on Jan. 23. "It's not widespread across the entire country, and our policy has been that in our football telecasts, we don't discuss gambling information."

One of the more intriguing props rests on the final Nielsen deliveries for the CBS broadcast. Vegas books put the over-under on 106.5 million viewers, a miserly 3 percent improvement versus last year's 103.4 million. Regular-season NFL ratings grew 5 percent year-over-year, while the playoffs were up 10 percent. As much as it's difficult to project Super Bowl ratings from in-season and playoff results, you could do worse than take the over at -115. A similar wager may be made on the final household rating (44.5).

While an average delivery north of 106.5 million viewers would provide the NFL with a welcome year-over-year bump, that would still prove to be the second smallest TV turnout in the last 10 years. Audiences for six of the seven Super Bowls that aired between 2011 and 2017 surpassed the 110 million mark; only the 2013 broadcast failed to measure up, and that game was marred by a 34-minute power outage that was in no way caused by Beyoncé.

Pony up on the ads

In one of the more curious prop traditions, BetDSI has once again agreed to take action on events that are by their very nature predetermined. For the second straight year, degenerates and skilled gamblers alike may bet on whether or not one of the Bud Light ads slated to air in the game will incorporate the slogan "Dilly Dilly." This is a bit like betting on the outcome of a pro wrestling match; presumably anyone from Wieden & Kennedy New York who worked on the brand's Super Bowl creative could stand to make a nice bit of coin should they choose to wager on the "Dilly" prop.

Another Anheuser-Busch InBev-related prop asks bettors to take a shot at guessing how many Clydesdales will appear in Budweiser's in-game spot. While the over/under is eight-and-a-half horses, eight of the shaggy-hoofed beasts appear in the ad released on Jan. 23. Make of that what you will. While you're at it, feel free to go all-in on the prop about the likelihood of another non-equine animal showing up in the Bud spot—that's pretty clearly a dog perched atop the horse-drawn wagon.

One commercial prop that has been yanked off the books had to do with the color of the bag featured in the Doritos ad; bookmakers canceled that one after the correct answer had been leaked to the general public. The answer: Red.

The soft drink prop is a bit of a head scratcher, given that bettors are challenged to decide if a Coca-Cola ad will air before one of Pepsi's efforts. Given that Coke hasn't bought any in-game inventory and will instead air a 60-second pre-game spot, the result will depend upon how BetDSI chooses to interpret the definition of "Super Bowl commercial." For our money, only ads that run after the kickoff and through the final play count as in-game spots, which would make Pepsi +130 the smart play. Best to get an official ruling on that one before committing to the prop.

Lastly, bookmakers have established the over-under on how many dogs will show up in the Super Bowl ads at five-and-a-half canines. In the entirely unlikely event that literally five-and-a-half dogs are trotted out during the Big Game—as in five whole dogs and another unfortunate pup who for some reason has been neatly sliced in half, either straight down the middle at around the T13 vertebra or in some sort of grisly cross section—that's a push and nobody wins or loses.

Again, that's definitely not going to happen. Then again, four years ago, would anyone have bet on the likelihood of an insurance company murdering a child in an ad? And while you won't find it anywhere on the big boards, it's safe to say that if you wanted to put money on a brand pulling a similar stunt on Sunday, you'd be looking at -1000000 odds.