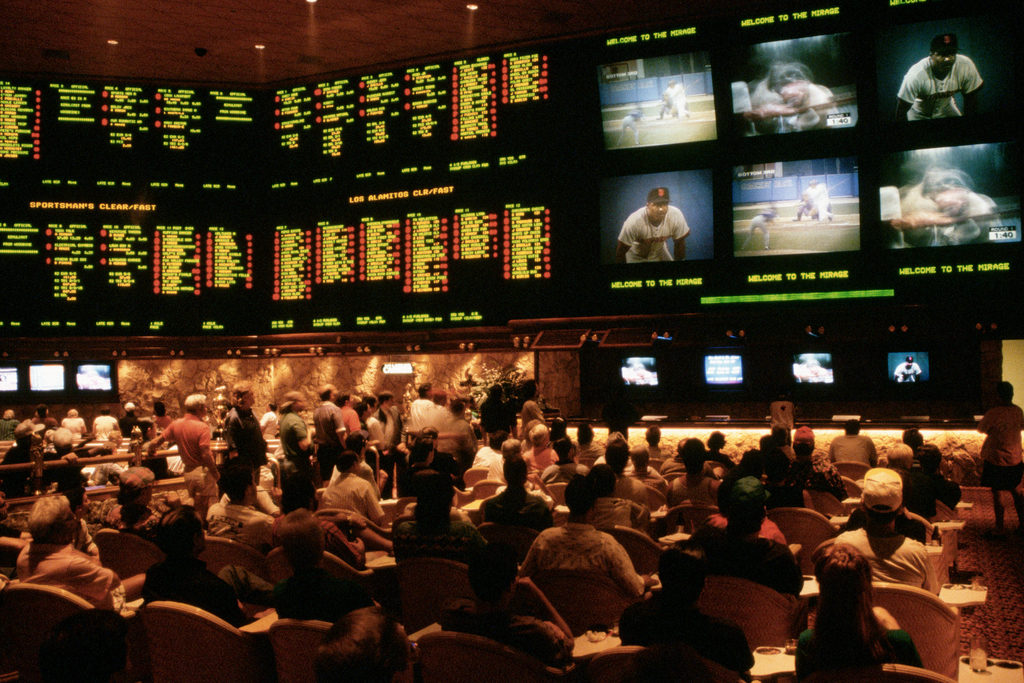 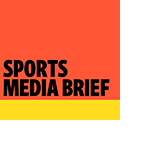 Keep calm and stop squawking about the NBA ratings already

NBA ratings are down around 20 percent compared to the year-ago period, which perhaps would be something worth fretting about if the planet weren’t on fire and the bulk of the ad sales revenue wasn’t expected to start pouring in until, well, the playoffs. Which begin in April.

We’ve gone over this before, noting that the physical decrepitude of the once-proud Golden State Warriors squad—quick, someone who knows Photoshop: superimpose Steph Curry and Klay Thompson’s faces on that painting of the fife-and-drum Revolutionary War guys—would inevitably lead to a ratings squeeze, especially given how much ESPN and TNT oversubscribed on the Dubs.

In a bid to stop the bleeding, ESPN has dropped two upcoming Warriors games, replacing the Dec. 13 Golden State-Utah Jazz matchup with a meeting between the Los Angeles Clippers and the Minnesota Timberwolves, while subbing Celtics-Mavericks in for the previously scheduled Warriors-Blazers telecast on Dec. 18. Plagued by injuries, the Dubs currently have the worst record in the NBA at 4-19, which means that the Hindenburg-smashing-into-the-poop-deck-of-the-SS-Andrea-Doria Knicks are somehow better positioned than the team that has represented the Western Conference in the last five NBA Finals.

While everyone should maybe chew on a couple of Ativan and leave the fear-and-trembling routine to the poor souls who program scripted fare, the NBA’s resident alarmist/Furby Nostradamus has weighed in on the crisis. Per Dallas Mavericks owner and “Shark Tank” mainstay Mark Cuban, “Ratings are down because all of our national broadcasts are exclusively available on cable, which is losing subs daily. Football benefits from being on broadcast TV, which is in every digital and traditional package…”

Back in 2014, Cuban foretold a tsunami of avarice that would ultimately destroy the NFL from within; through Dec. 5, the pro football league accounts for 38 of the 50 most-watched broadcasts of 2019, while the NBA is hanging on by the merest dermal-dental layer with just one entry. (Game 6 of the NBA Finals is currently ranked as the year’s No. 50 broadcast.)

The NFL currently accounts for 68 of the year’s top 100 broadcasts, whereas NBA games occupy just three of those slots.

The doomsaying was amplified this week as NBA Commissioner Adam Silver told the crowd at the SBJ Dealmakers conference that the league is hampered by a “broken” pay-TV model. “It’s not just in terms of the loss of homes, but our young viewers in particular are tuning out cable,” Silver said. (Millennials: Is there anything they haven’t ruined?) But as Sports Business Journal’s John Ourand notes, the broken system that keeps letting the NBA down also dumps “around $2.66 billion per year into the NBA’s coffers.”

Silver also went on to claim that the networks distributed by cable and satellite TV services have lost one-fifth of their viewership since 2015. “You’re really pushing a rock up a hill if you’ve lost 20 percent of your audience over the last four years… especially when that young audience we attract is disproportionately represented by that 20 percent,” Silver said.

That shrinking Pay-TV audience has inspired ESPN and TNT parent WarnerMedia to begin offering direct-to-consumer services, but in the near term the NBA’s best bet to lift its flagging ratings would likely involve scheduling more games on the ABC broadcast network.

In a follow-up interview with the Dallas Evening News, Cuban said that his take on the cord-cutting malaise wasn’t meant to come off as a major buzzkill; rather, the paradigm shift may be more accurately seen as an “opportunity.”

“It’s a challenge,” Cuban told the Evening News’ Brad Townsend. “It’s going to be hard to find the equilibrium, but that’s the innovators’ dilemma. Businesses go through that. The technology is changing. Streaming, who knew that it would be a big deal?”

Setting aside any talk about the sort of impact a pronounced ratings slide might have on affiliate fees—and if the Chicken Littles are correct, that particular revenue stream will dry up in 10 years no matter what—it’s worth reiterating that fall NBA ratings are negligible as far as the overall health of the league’s network partners are concerned. Again, the real ad sales dollars don’t start piling up until the second quarter, and anything can happen between now and then. If we’re ESPN/TNT/Adam Silver/Geico/State Farm/etc., we’ll only start really freaking out if that Clips-Lakers game doesn’t do a huge number on Christmas Day.

‘I’m shocked—shocked!—to find that gambling is going on in here.’

Last Friday, when much of the nation was woozily shuffling through the unofficial post-Thanksgiving holiday, the NFL announced that Arizona Cardinals cornerback Josh Shaw had been suspended through at least the end of the 2020 season for betting on pro football games. In spite of the timing of the tryptophan-crash news dump and Shaw’s relative obscurity—the 27-year-old is not exactly a household name, although perhaps that designation applies within the confines of his own home—the story made a few ripples over the what-day-is-it? news cycle.

According to ESPN’s David Purdum, the smoking gun in the Shaw affair was a three-team parlay he bet on Sunday, Nov. 10, at a Caesars sportsbook in Las Vegas. While wagering on the outcome of any NFL game is expressly prohibited by the language of the league’s official gambling policy, Shaw’s decision to bet against his own team set off all sorts of klaxons and sirens on Park Avenue. As Purdum reports, Shaw bet on the second-half spread in that same afternoon’s Cardinals-Buccaneers game, speculating that Tampa Bay would outscore his Arizona squad by at least one point. The Bucs failed to cover.

Given that he was some 2,325 miles away from the action at the time he placed his bet, the inactive Shaw was arguably in no position to influence the outcome of the Cards-Bucs contest. But in the interest of keeping everything on the up-and-up, Caesars reached out to the NFL “shortly after discovering Shaw had placed the wager.” The alacrity with which the call was placed also may have been influenced by the business relationship the NFL has with Caesars. In any event, the wheels began turning as soon as the phone rang in the league office.

The NFL investigation unearthed no evidence to suggest that Shaw was privy to any inside information, and the games on which he wagered do not seem to have been compromised in any way. Before Caesars contacted the league office, the Cardinals had been unaware that Shaw was gambling on football. Shaw, who has been on the injured reserve list since hurting his shoulder in the Cards’ first preseason scrimmage, has appealed his suspension. It probably goes without saying, but we’ll say it anyway: LOL, good luck with that, buddy.

The interest in Shaw’s case is largely a function of the unwelcome distinction that comes with his suspension. It’s been 36 years since the NFL last suspended one of its players for gambling—Baltimore Colts quarterback Art Schlichter was benched for the entire 1983 season before being reinstated the following year—and Shaw’s violation of the league’s policy carries with it implications about maintaining the integrity of the game at a time when so many states are scrambling to legalize sports-betting.

Working in the NFL’s favor here is the fact that football is just about the last sport anyone would ever try to fix; even the most ambitious outfit guy is going to have a hard time making the numbers work on a game in which 92 players are suited up. As history has demonstrated, college basketball games are a far easier fix, thanks in large part to the relative scarcity of personnel and the penury that afflicts so many student-athletes. (Unless you’re Henry Hill and you’ve enlisted a couple of Boston College starters to shave points against a few other New England-area schools and a host of rival Jesuit institutions, you may already agree that student-athletes should be compensated for all the revenue they generate for their schools.)

Speaking of those who have kept bad company, Art Schlichter’s story is a cautionary tale about the perils and pitfalls of compulsive gambling. After establishing a habit at the track as a high school football star, Schlichter continued to play the ponies during his tenure as the quarterback of the Ohio State Buckeyes. After he was drafted by the Colts in 1982, he promptly gambled away his $350,000 signing bonus before going on to lose another $500,000 on basketball. His one-year suspension was levied after he presented an account of his gambling activities to the FBI.

While Schlichter would place a wager on just about any undetermined outcome (in addition to football and basketball, he was also big on casino games such as craps and poker), he has long maintained that he never once wagered on the Colts. The NFL’s 1983 investigation into Schlichter’s activities supported this assertion.

Convicted in 2012 of taking part in a sports-ticketing scheme that conned dozens of people out of millions of dollars, Schlichter is currently serving out an 11-year sentence in federal prison. His current stint is his second stopover in the clink; Schlichter served time in an Indiana facility from 1994 to 2006 after his mounting gambling debts led to his conviction on multiple charges of fraud and forgery.

Speaking of the impending kajillion-dollar NFL rights auction, the league’s guidance as to how the contractual cards will fall has been nothing but consistent. Speaking Wednesday at Sports Business Journal’s Dealmakers in Sports conference, Brian Rolapp, the league’s chief media and business officer, had this to say about what to expect when the NFL opens up the negotiations:

“We have built this sport and have benefited from being massly-distributed [sic]; everybody’s a fan, we are a national sport. And we’ve done that, traditionally, through a media strategy that maximizes reach, which has normally meant broadcast television,” Rolapp told SBJ Publisher and Executive Editor Abe Madkour. “So what is the equivalent of that over the next 10 or 15 years will be important for us.”

Rolapp went on to suggest that the unduplicable capacity of network TV is likely to keep the incumbents happy through 2030 or thereabouts. “What I do know is that we will be a reach sport,” Rolapp said. “We will not sacrifice reach for something less valuable, including a higher rights fee. We will maximize our reach—and we think we can get both—but the reach is really important.”

Rolapp, who has been vocal about the league’s concerns about the capacity and latency issues that can make live-streaming to a massive audience such a dicey proposition, went on to note that a paradigm shift is inevitable, although the digital titans will have to wait another decade or so before they unseat the cathode-ray crowd. “What that distribution looks like… is going to be really, really important to us because we want to maintain our mass reach,” he said, before adding that eventually the focus will be on Gen Z, a group who “in the next 10 years will form households, solidify buying habits, solidify technology habits and how they watch.”

As is the case with fellow Ringer (and “Impossible Owl” scribe) Brian Phillips, we’ll read just about any chunk of text that comes front-loaded with Bryan Curtis’ byline. But this week’s ride-along with Fox Sports camera operator Don Cornelli is a drop-whatever-you’re-doing look at one of the many unheralded lensers who are stealthily responsible for making the NFL the most riveting TV show this side of that stupid dragons-and-warlocks thing, about which, on a mitochondrial level, pretty much everyone else at Bill Simmons’ website seems wholly incapable of STFU already.

Pneumonia may be the old man’s friend, but Seahawks QB Russell Wilson is also a boon companion to Minnesota’s elder caste.

An obit in our paper today. pic.twitter.com/xvVKgJ75CW