We Interrupt This Interruption for an Important Message 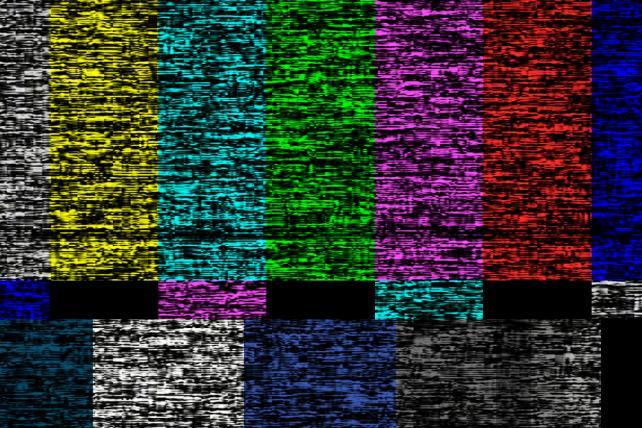 There's no shortage of haranguing pundits predicting the end of advertising. Yet worldwide ad spend is set to top $580 billion this year, according to eMarketer, and a large portion of that will be spent with television networks. The reason? At the end of the day, TV ads put butts in seats and push steel off dealer lots. In fact, a recent study published by Neustar found that for a $1 million investment, TV's lift is consistently seven times better than paid search and ­five times better than online display advertising. TV ads work. But, can they be better? Absolutely!

The value exchange between consumers and brands has been upended given all the tools consumers can use to avoid ads and the options they now have for on-demand and streaming programming. We need to redefine this relationship that has been predicated on interruption, particularly among plurals (13- to 21-year-olds) who consider advertising the Brussels sprouts of their media diet.

We live in a world straight out of science-fiction novels—there are driverless cars on U.S. streets, we're knee-deep in planning a manned mission to Mars, and our phones can virtually transport us halfway around the world in a matter of a few taps.

So, it doesn't seem all that far-fetched that the time is here to reinvent a 50-plus-year-old ad model, starting with these considerations:

Better Big Data
Data is everywhere in the ad industry, and increasingly being used as a tool for television. We don't have a data problem—we have a problem with harnessing the right pools of data, and creating audience-targeting models that are accurate and predictive.

This will only become more imperative when TV inevitably becomes fully IP-delivered. Turner's Ignite team has been at the forefront of these advanced TV models for nearly four years, and there is momentum within agencies and brand advertisers to adopt them more widely. Not only do these audience-driven solutions produce better results for advertisers through increased ROI, they also deliver a better ad experience to viewers with more relevant ads.

Connect the Technology
Today, people are accessing video on a myriad of platforms and devices, but the ad tech enablement on each of those endpoints—everything from ad serving to measurement—is still not there and causes some pretty awkward situations. Seriously, nobody needs to see the same deodorant ad 17 times, trust me!

Marketers are left guessing how effective their dollars really are as they try to make sense of the chaotic chasm separating digital and TV, all while struggling to coordinate messaging across these channels.

We must move beyond just paying lip service to the power of cross-platform and actually connect all of these consumer touchpoints, inclusive of the TV environment, creating a fully addressable environment powered by a robust and unified device graph.

Give Consumers Control … Really
Television's mass reach is unparalleled, but punctuating content experiences with just "we'll be back after this commercial break!" misses out on marketing opportunities that allow consumers to take part and lean in.

People don't want to just be talked at, and they appreciate when they are given options and tools to personalize their ad experience in a meaningful way. Hulu's Ad Selector format is a great example, allowing users to choose what ads and advertisers they'd rather see. The creative community is certainly up to the task of developing new, highly engaging experiences that take advantage of the various television-viewing environments; it's a matter of empowering them further, pushing our imagination to what new ad formats and experiences can be.

Cast Aside Organizational Inertia
Every year, we as an industry churn out a ton of ads. We have some of the most brilliant creative minds in our world working on ads that invade the user experiences of sites, airwaves and apps like uninvited houseguests. And, while it's nice to pick up our awards at Cannes Lions every year, we have to think differently if we are going to continue to connect with customers. There have been some nominal attempts at industry-wide initiatives to do so, such as the Coalition for Better Ads. But there has been a resurgence that has led to much more positive results, particularly around reduced TV commercial loads and increased adoption of ad targeting.

But we must forge a path forward in a more dramatic and bold fashion, casting aside the notions of TV advertising we grew up on and still put into service today.

This week's issue of Ad Age marks a new chapter, and by extension, for the ad industry which it chronicles. We ought to take a page out of Ad Age's book and rethink the "look and feel" of how we approach our consumers, understanding that we have a shared imperative to move faster than we ever have before.

We have the opportunity to coordinate around bigger ideas today, and to take on and invest further in our own moonshot-type projects that will transform our industry. We just have to have the courage to interrupt our own regularly scheduled programming to meet the demands of this inevitable future.

As EVP of client strategy and ad innovation for Turner and co-head of Turner Ignite, Michael Strober is charged with both capturing client insights to better power advertiser decisions and outcomes, and developing next generation ad capabilities, notably around audience targeting and advanced TV solutions. In January 2016, Strober came together with Turner's head of content partnerships, Dan Riess, to launch Turner Ignite, the company's insights-driven content and data solutions unit designed to power the next generation of advertising capabilities. Strober has been extensively recognized for his leadership in advancing advertising models and capabilities, including most recently honored with the 2017 TVOT Award for Individual Leadership.