In a full-motion world, digital OOH is the dynamic future

No one will argue that TV has been the king of advertising media since the existence of the medium. As ad agencies continually fight for client media dollars, TV has been the most important sell because it has always commanded the highest CPMs. TV ads are entertaining, creative and, most of all, full motion.

Yet now, with streaming TV and the ability to bypass commercials, those CPMs are threatened. Agencies are constantly trying to come of up with new and innovative ways of keeping consumer eyes on the TV screen, but with the quality and binge-ability of streaming skyrocketing in appeal—especially since COVID—it is absolutely a losing battle.

With many people (if not most Gen Zers) no longer watching on a traditional TV set, how much longer will the medium itself exist in the way that media buyers have known it?

But there is still one place where brands have a captive audience: digital out-of-home (DOOH) advertising.

The case for DOOH

Full-motion digital billboards are the new television. They are TVs that are larger than life, with attention-grabbing ads (often promoting streaming TV services themselves) that motorists cannot ignore. In essence, they’re giant TVs with no remote control for the viewer to turn off, fast forward or change the channel.

My emphasis here is on full-motion digital billboards. Static ads or even online digital wallpaper are now as forgettable as a radio spot. Full motion is sticky—it allows the brand to create and deliver a story or message that elicits an emotional response from the viewer.

As inundated as we are by advertising on everything from shopping carts to our own cell phones, most of those ads—in particular the static ones—are forgettable. Only full motion can bring forth an emotional connection with the viewer that static ads simply can’t. And an ad that delivers emotion is a memorable ad.

According to a study by Ocean and Neuro-Insight in the U.K., research revealed than full-motion DOOH advertising is 2.5 times more impactful than equivalent static executions.

We’ve only touched the tip of the iceberg as far as what full-motion DOOH can do. Soon we’ll see 3D holographic ads on streets and buildings, as well as in the sky itself. One day there may even be “advertising satellites” that orbit the earth like enormous floating billboards. The moon’s surface itself could soon be the galaxy’s most expensive media buy.

As communities slowly adopt DOOH, static billboards may be here to stay for the time being. Yet the scarcity of full-motion DOOH just makes the ones that do exist all that more memorable. 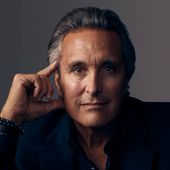 Scott is founder and CEO of WOW Media, dedicating 20-plus years to the world of OOH advertising. Scott operates the largest collection of digital billboards outside of Times Square, all within Los Angeles’ burgeoning arts and entertainment hub and home of SoFi Stadium in Inglewood, Calif. Previously as CEO of Mediacom Outdoor Advertising, Scott led the build-out of a network of over 500 transit shelter displays located at prominent Westside Los Angeles intersections. After selling the division to Mediacom, he went on to build the nation's largest college television network. When not running WOW, he’s surfing big waves or spending time with his beautiful wife, three boys and two dogs.