Netflix, Facebook, Twitter, Zoom, Sony and Gap earn a spot among this year's noteworthy stumbles
READ THIS NEXT
The 30 best creative brand moves of 2020 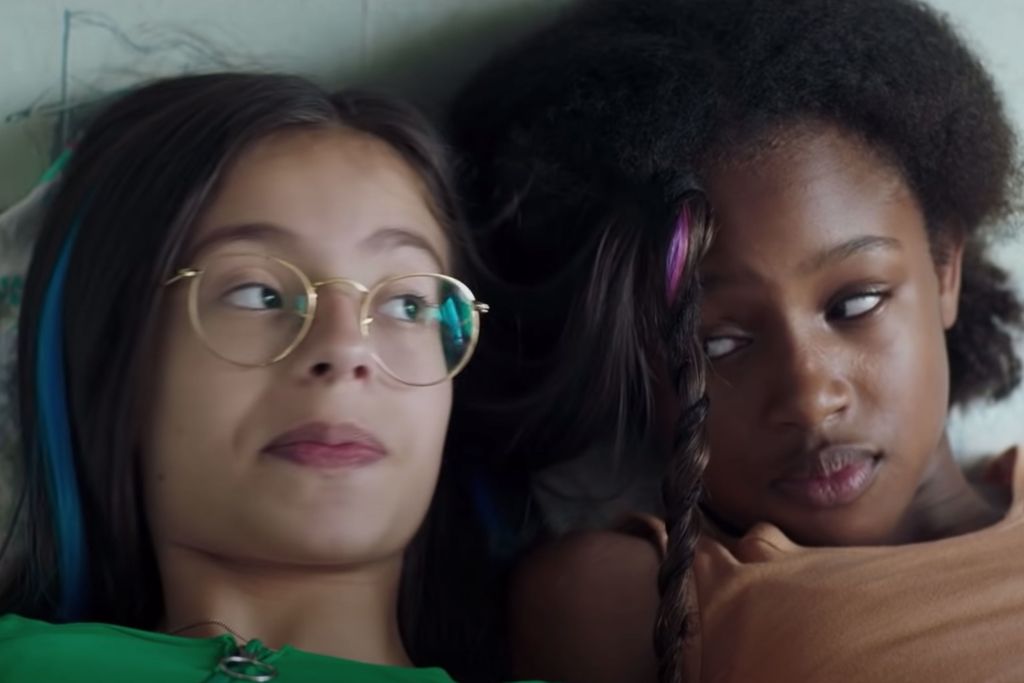 Netflix's marketing of its movie 'Cuties' drew a sharp backlash.

Netflix marketed a movie that seemed to glorify preteen twerking, and Twitter was compromised by hackers. Facebook faced a boycott and Sony couldn’t keep up with demand for its new gaming console.

It was a tough year for even the most put-together brands. The most powerful companies were juggling a lot of priorities and sometimes fell flat on their faces.

Even a company that had a breakout year like Zoom couldn’t escape without a little egg on its face. With that in mind, we offer a breakdown of the brands that goofed in 2020.

Netflix tried to get cute when it was marketing its foreign-language film “Cuties,” a story of a young immigrant girl who takes a rebellious turn when she joins a risqué dance crew. Netflix ruined the rollout of the film by focusing on the twerking in the movie, causing a backlash against how it seemed to sexualize the young girls. Ironically, the film was supposed to critique that exact subject: a modern-day culture that forces children to grow up too fast.

Netflix quickly apologized and changed how it marketed the movie, but not before conspiracy theorists from QAnon went after the company and wove it into their online crusade against Hollywood corruption (see the Top Cancels of 2020.)

Netflix is normally on its A-game when it comes to social media and marketing its hit properties, which is what it makes its 2020 blunder even more of a surprise.

Facebook was having a pretty good year before it flopped in its handling of sensitive messages on the platform during the racial justice protests in the spring. Facebook allowed a post by President Donald Trump to stay up, unchecked, during the protest period, in which the president called for an armed response to demonstrators.

Trump wrote, “when the looting starts, the shooting starts,” which suggested the government should violently crack down on racial justice marchers. Twitter wound up putting a warning on the same message from the president and was hailed for taking action.

Facebook’s inaction at that crucial moment earns its spot on this list. Civil rights groups used the message as a jumping off point to blame Facebook for many failures to police harmful content, and it led to an advertising boycott in July with brands that sided with the civil rights groups.

It’s hard to knock a brand for being too popular, but in this case we’ll allow it. Sony had trouble distributing its new consoles ever since it opened up pre-orders in September.

Consumers complained about how impossible it was to find a retailer that had them available, and there were broken links and backlogs everywhere.

Sony apologized about the pre-order glitches, but even months later, the PS5 was still nearly impossible to order. It sold out fast, and scalpers were reselling the consoles at double the retail cost, which is between $400 to $500.

There could be worse problems than producing the hottest gift of the year, but still this is a whoops for Sony, which usually has got game.

While the U.S. was still sweating out presidential election results, Gap thought it could bring people together by posting an image of a blue-and-red sweatshirt. A tense online community was not having any of it, not yet at least.

“The one thing we know, is that together, we can move forward,” the Gap tweeted.

The response was harsh. “At least we could all come together as a nation to tell the Gap to go fuck itself,” one Twitter user responded.

Zoom was the savior of the pandemic when it first struck. People who had spent years avoiding Zoom calls, all of a sudden couldn’t get enough of them from their homes in quarantine.

Zoom went into crisis mode and promised to address the outstanding security concerns, and users got a little smarter about not sharing passwords to meetings. Zoom developed more encryption tools its hopes will make companies feel safer about hosting their sensitive communications on the platform.

Not every Zoom goof was the company’s fault, though. People using Zoom made some mistakes too, like Jeffrey Toobin. If you’re not familiar with what happened there, you’re lucky.

In July, luminaries including Joe Biden, Barack Obama, Bill Gates, Elon Musk and Kim Kardashian West were hacked and their Twitter accounts were used to send scam Bitcoin solicitations. It was an attack on the blue-checks on Twitter, the accounts with the official checkmark that verifies them on the service.

For hours, Twitter had to shut down all the verified accounts in order to stop the spamming and figure out what was happening.

It was an embarrassing flub that was reminiscent of the hacks that disrupted the 2016 U.S. election, when platform were blamed for allowing bad actors to use their services for nefarious purposes. But order was eventually restored, and the blue-checks returned.