Coke has been trying to persuade European consumers to do things better in 2021 with a new year's campaign that changes up its packaging to feature people's intentions to do "better" this year.

The "Open to Better" push features new editions of Coke brand cans that have removed the logo on one side, replacing them with different version of new year's resolutions, such as  "I promise to smile more just for you" and "You're right it's time for me to take more breaks." In participating markets, there is also an online store where people can purchase cans that they personalize with their own resolutions for the year.

The resolution cans are being promoted by a series of spots running on social media that show people sharing their personal stories of what they would write. This week sees the brand breaking a long-form ad on Instagram, seen here.

Created by 72andSunny, the campaign kicked off earlier in the month when the new cans went on sale across European markets and on different brands including Coca-Cola Original Taste, Zero Sugar and Diet Coke/ Coca-Cola Light.

In a statement, Marta Carreras Cancelo, Coca-Cola Europe head of creative strategy, said it was using the "power of its packaging to share sentiments of hope and positivity."

Can redesigns have been a popular move for marketers in recent years: for example, Budweiser's attempt to rebrand its cans as "America" . 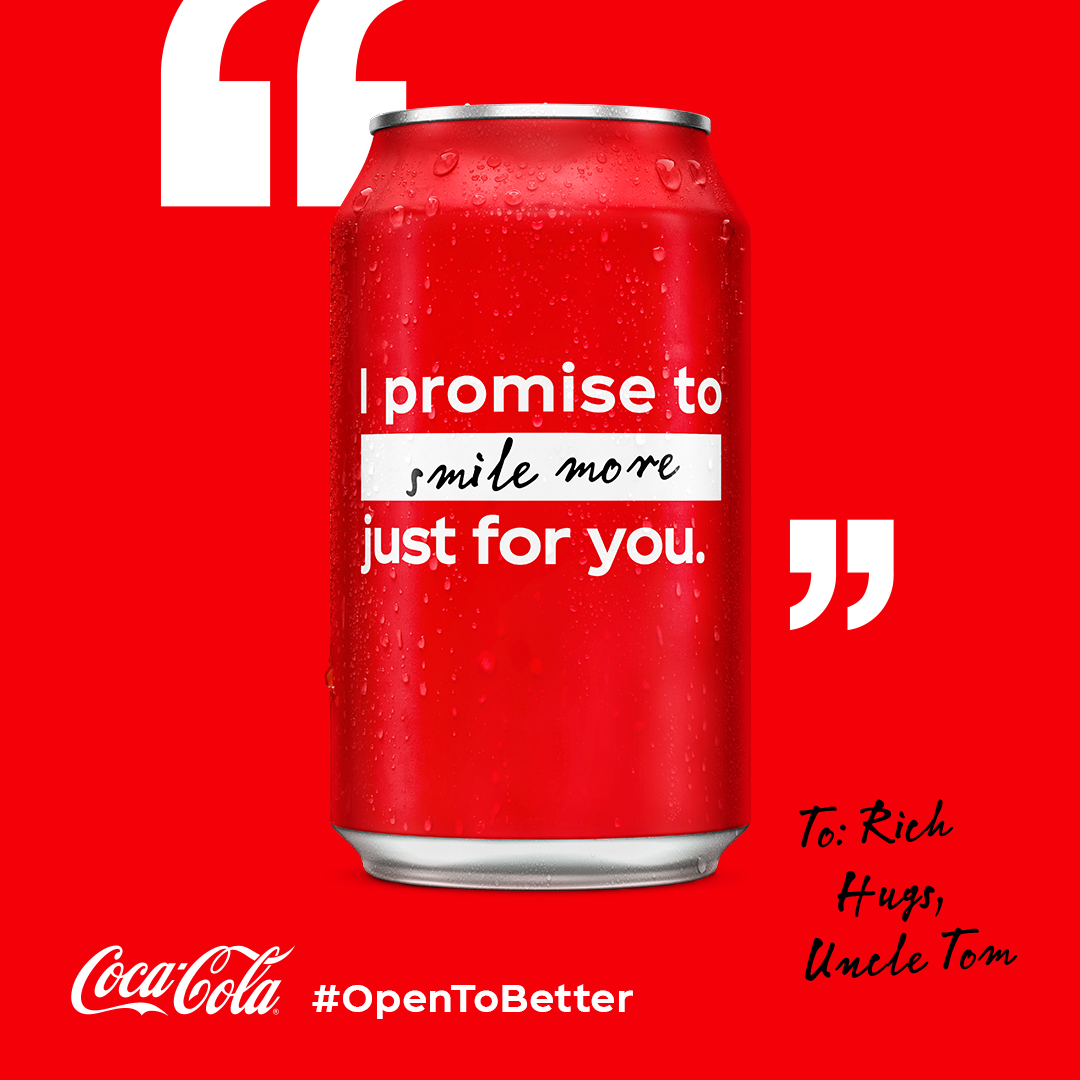 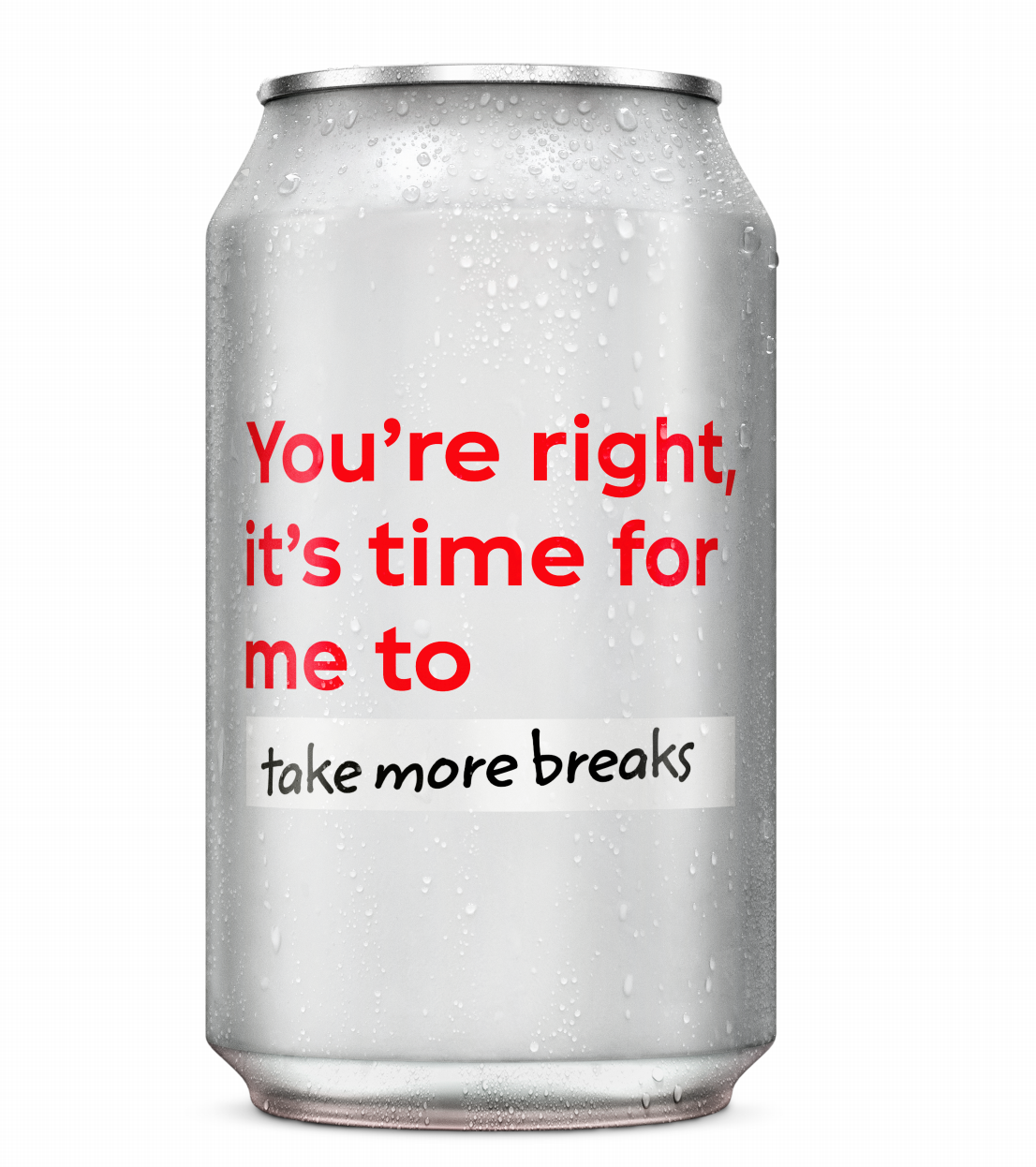 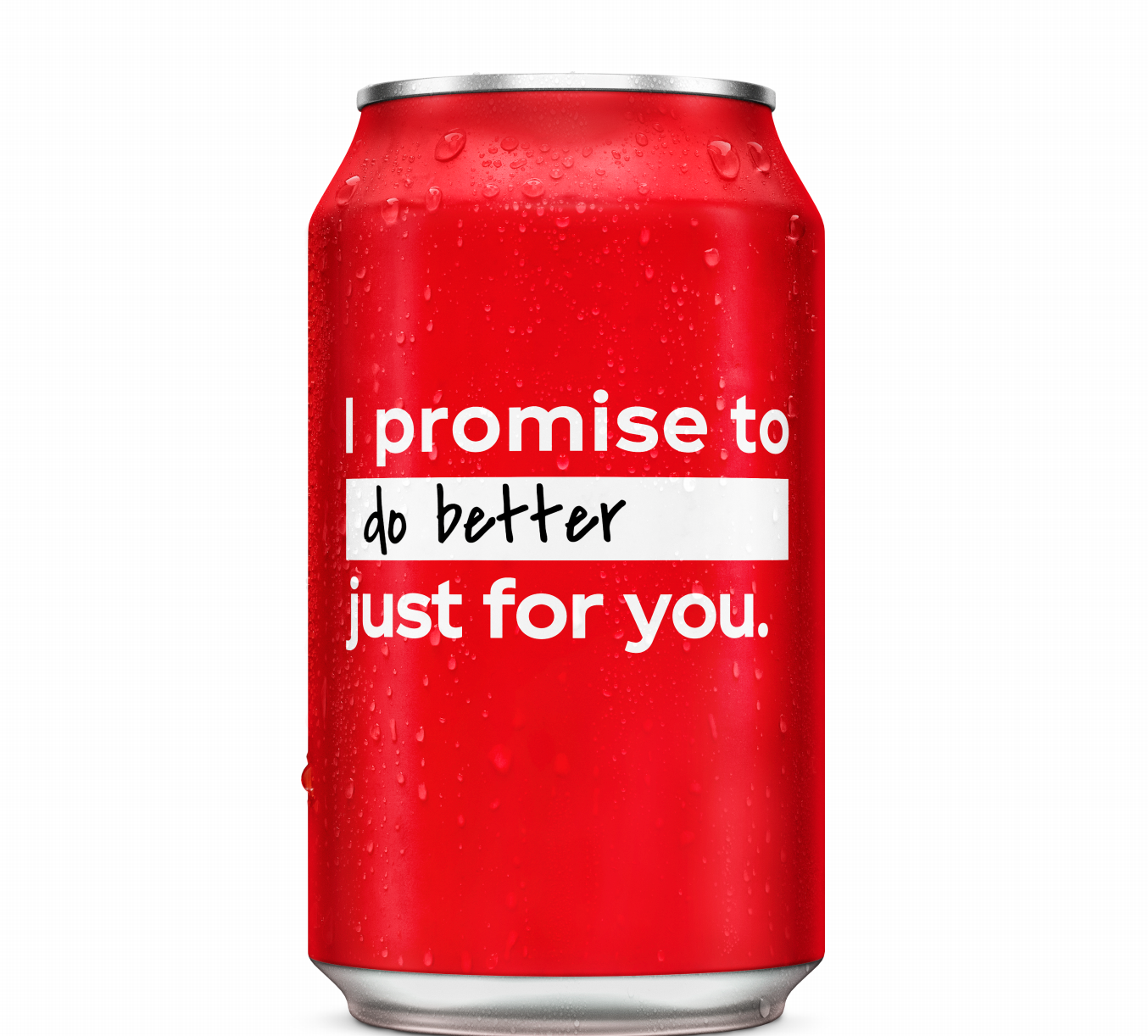