A Beautiful Alien Finds Love and Luck in Madrid, in the Spanish National Lottery's Holiday Ad

LoterÃ­as y Apuestas del Estado, Spain's State Lottery, has become a serious contender in the holiday ad stakes over the last couple of years, in particular with 2015's "Justino," an animated tale that won multiple awards including a Grand Prix at Cannes.

It's pulling at the heartstrings once again with "Danielle," a moving, magical short film directed by Oscar-winning Spanish Alejandro AmenÃ¡bar ("The Others," "The Sea Inside") for agency Leo Burnett Madrid. It's the story of a beautiful female alien who steps out of a billboard in Madrid and wanders around lost and bemused, until a young tour guide named Daniel takes her under his wing. He buys her a ticket for the Christmas lottery draw, and she tells him her name is "Danielle," but only because she's repeating his own name back to him.

As time goes on he teaches her about Spanish life and she comes to live in the apartment he shares with his brother. But despite her magical electrical powers--she turns on Christmas lights and fixes toasters--she's still very much an innocent abroad (in the manner of Daryl Hannah's mermaid in 1980s film "Splash"). Daniel and his brother assume she's just a lost foreigner. Although, as he falls for her, he begins to suspect she has some kind of telepathic power to connect with him. But then he loses her, thanks to a closed Metro stop, their regular meeting point at the end of his work day. Will he find her again--and will their winning lottery tickets bring them together?

The 20-minute film airs online, together with a shorter TV version. It is coupled with an online activation that plays on the Spanish Christmas Lottery's unique system in which groups of people can share a number and win together. For the first time, Spaniards will also be able to create connections with unknown lotto players who share their same number online at danielleydaniel.com. Using their lottery numbers, represented as stars, players can form "constellations" with others who unknowingly share the same lottery number, and connect with them. 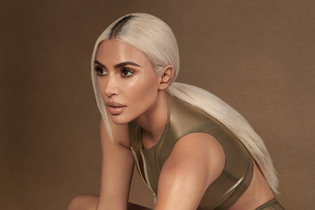 Spanish National Lottery: A Grandmother Wins Big in Spanish Lotto's Holiday Ad -- Or Does She?