On Thursday, Facebook showed off the first major marketing initiative to come under the leadership of new Chief Marketing Officer Alex Schultz, who took over marketing for Facebook and Instagram last year. The campaign is called “Good Ideas Deserve To Be Found,” and it strikes some familiar points that the social network has been trying to get across to consumers, critics and regulators.

Facebook has been in a public relations rut of late, and the latest campaign paints a picture of a cool company that offers creative expression for diverse audiences while helping small businesses during difficult times. The campaign highlights the benefits of personalized ads, which are facilitated by Facebook’s ability to track internet activity and interests on billions of users.

A 60-second version of the ad has Jones delivering a soliloquy supported by a retro beat, in which the performer espouses the benefits of big ideas. “For every big idea that rose to wild acclaim,” Jones says. “There are so many more, that never find their fame.”

The suggestion is that platforms like Facebook and Instagram foster innovation by helping inventors and designers find the right audience. The commercial pays tribute to at least three small businesses on Facebook and Instagram, including Goat House Farm, a Florida-based agritourism destination. The ad also features Cat Café and House of Takura. 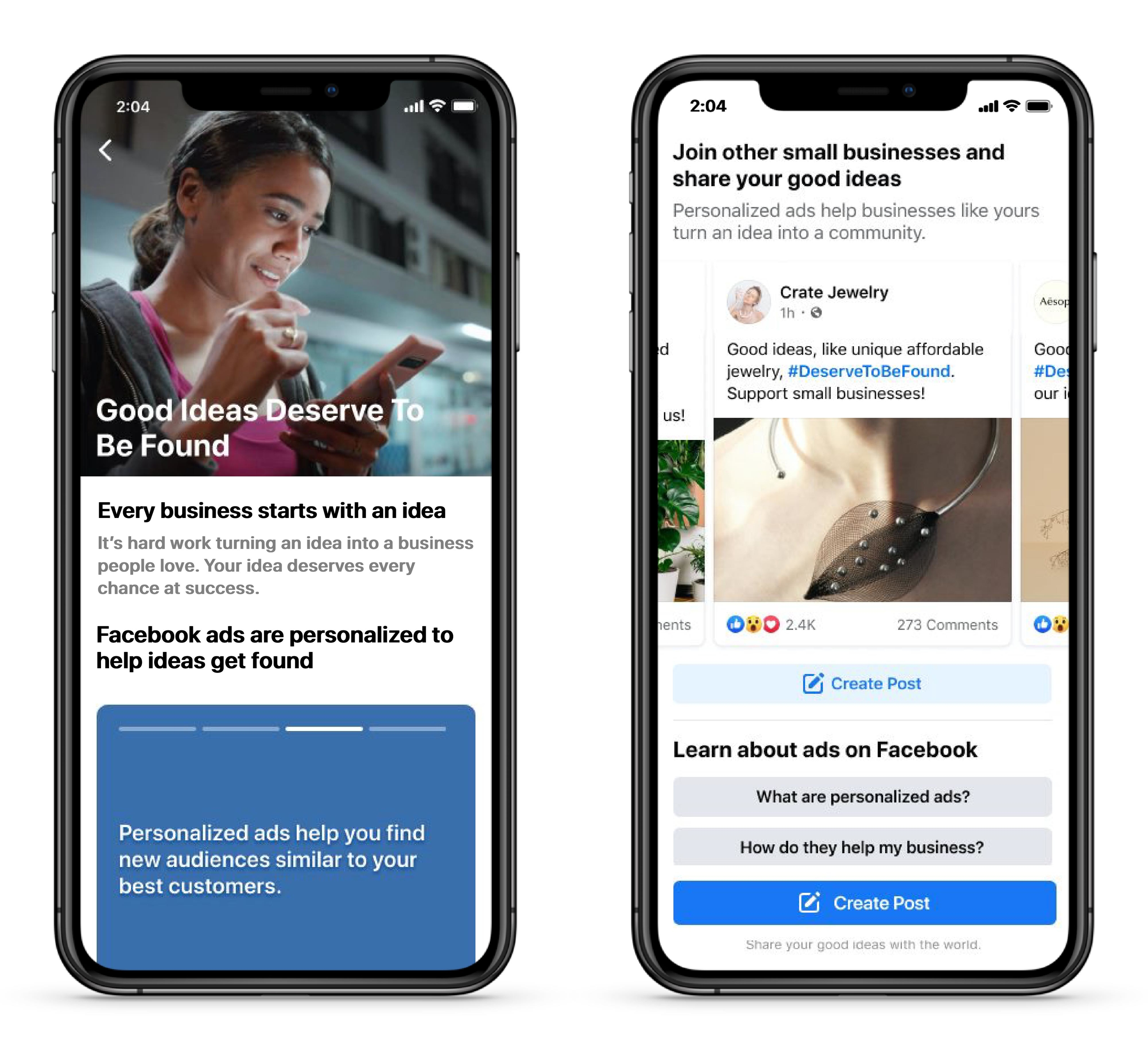 The marketing push is meant to show how these businesses can use Facebook’s marketing tools to grow. Facebook has made e-commerce a major focus for its websites and apps, and last year it placed new shopping tools at the center of Facebook and Instagram. Facebook credits the campaign to the internal Facebook Creative X team and Droga5.

“We're simplifying Ads Manager to make it easier for [small and medium-size businesses] to get started and use personalized marketing plans to increase the value of their advertising investment,” Facebook said in an announcement on Thursday.

Ads Manager is the platform that up to 10 million business use to run automated ad campaigns across Facebook, Messenger and Instagram. 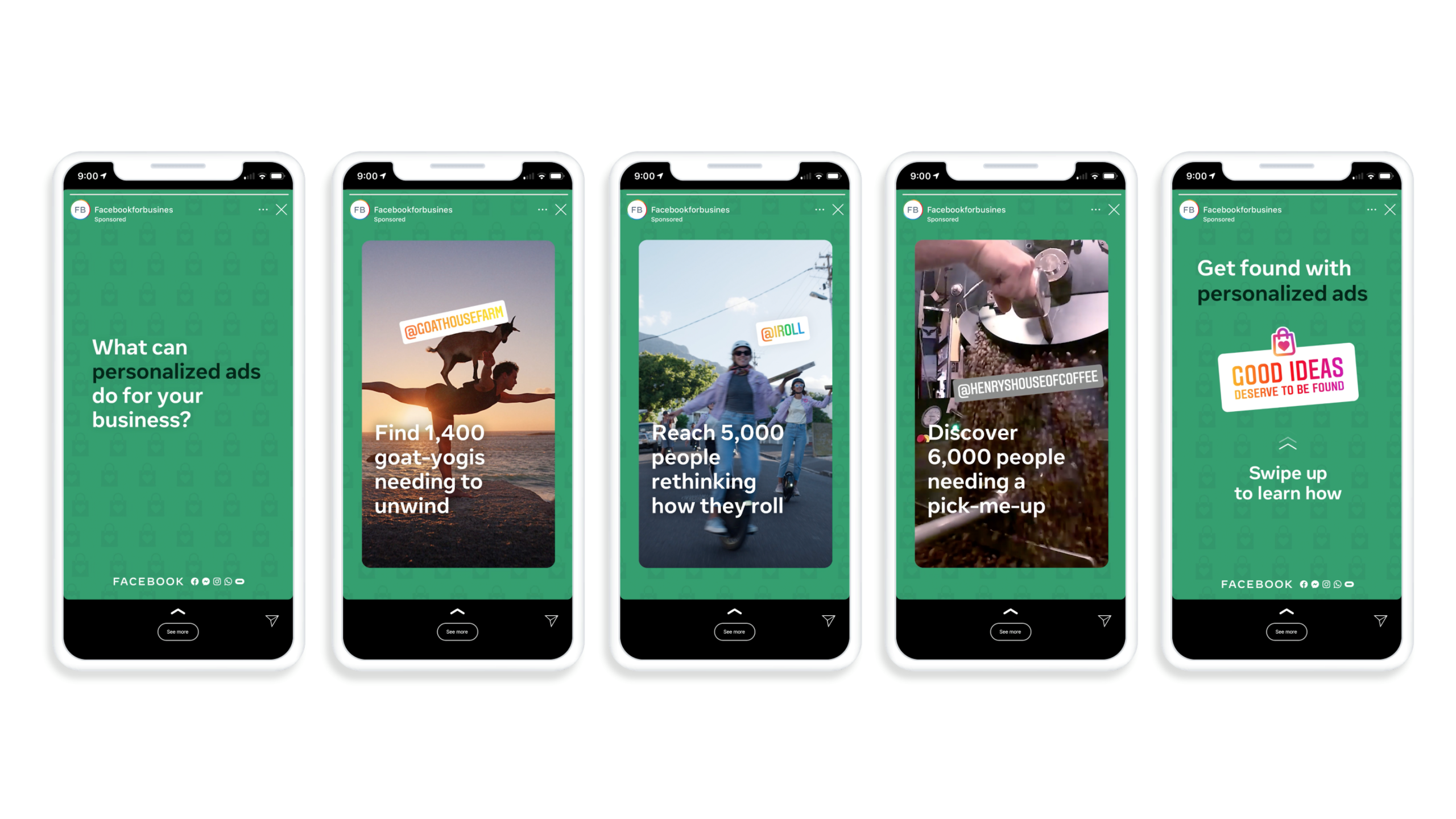 Facebook has been one of the most outspoken proponents of the benefits of online data-mining for the purposes of personalization. While Apple has made changes to its mobile phone software and web browsers, making it more difficult for companies to keep tabs on consumers when they visit sites and apps online, Facebook has been trying to show that the connectivity is crucial for millions of businesses that need to communicate with customers.

The new ad campaign is the first marketing push under Schultz, who took over the CMO role from Antonio Lucio in September.