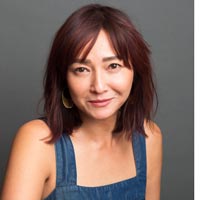 Her professional journey has taken her around the globe. It began at BMG Singapore, where she specialized in soundtracks, jazz and new age and then continued in Hong Kong, where she oversaw pop releases for the Asia Pacific market. She then went Stateside to New York City, where she oversaw international marketing at Clive Davis’ Arista Records, helping to build the global recognitkion of Diddy, Outkast, Pink, Alicia Keyes and The Strokes. She eventually moved on to other roles at the Metropolitan Opera, EMI (where she became the head of classical), Capitol Music, Interscope Records and Roc Nation, where she became head of marketing and drove campaigns for Jay-Z, Rihanna, Jaden Smith and others. She finally arrived at TapMusic in 2018 in that same role, but rose to president the following year.

“She’s one of the most respected music managers in the record industry, shaping the careers of breakthrough young female voices,” say our guest editor this week, Anomaly Partner and Chief Strategy Office Aisea Laungaue. But also, he says, she “is one of the nicest but fiercest voies I’m lucky enough to call a friend.”

Here, Ong shares an important (and also amusing) achievement from her storied career, when she conceived of secured an unexpected partnership to promote EMI Music’s classical collection, after having no previous experience in marketing the genre.

My team had been brainstorming ways to get some fun and creative projects on tap. Brian Joosten, my right hand, had heard about multiple references to classical music in all three books (one piece, “Spem in Alium” by Thomas Tallis accompanied a particularly graphic scene in the book).

A lightbulb went off and we decided to release a compilation “Fifty Shades of Classical” which debuted at #1 on the iTunes classical chart. Within days I received a cease-and-desist letter from EL James’ attorney who demanded that we take down the compilation right away.

I agreed on condition that I get an opportunity to meet with the author herself to pitch an official soundtrack. Off on a plane I went to London and after several glasses of champagne over lunch, we had a deal!

It was a lot of fun planning this release and as word got out, even the Radio team at Capitol Records started fielding calls from programmers about it, which perplexed many people. We threw a launch party at Soho House giving away special VIP boxes containing the books, the CD, a mask, a whip and of course handcuffs.

I had so many people begging me for one. It was probably the most fun we’d had in the Classical Music group in a while up till then. The album debuted at #22 on Billboard Top 200 Albums and #1 on the Billboard Traditional Classical Albums.