KFC has famously never shared its "11 herbs and spices" recipe, but now it is rewarding super-fans who try to emulate its flavor with their own.

In a campaign from Spain, the company has set up a website where people get rewarded for sharing links to online videos on how to make fake KFC (there are, apparently, 516,000 alone on YouTube.) 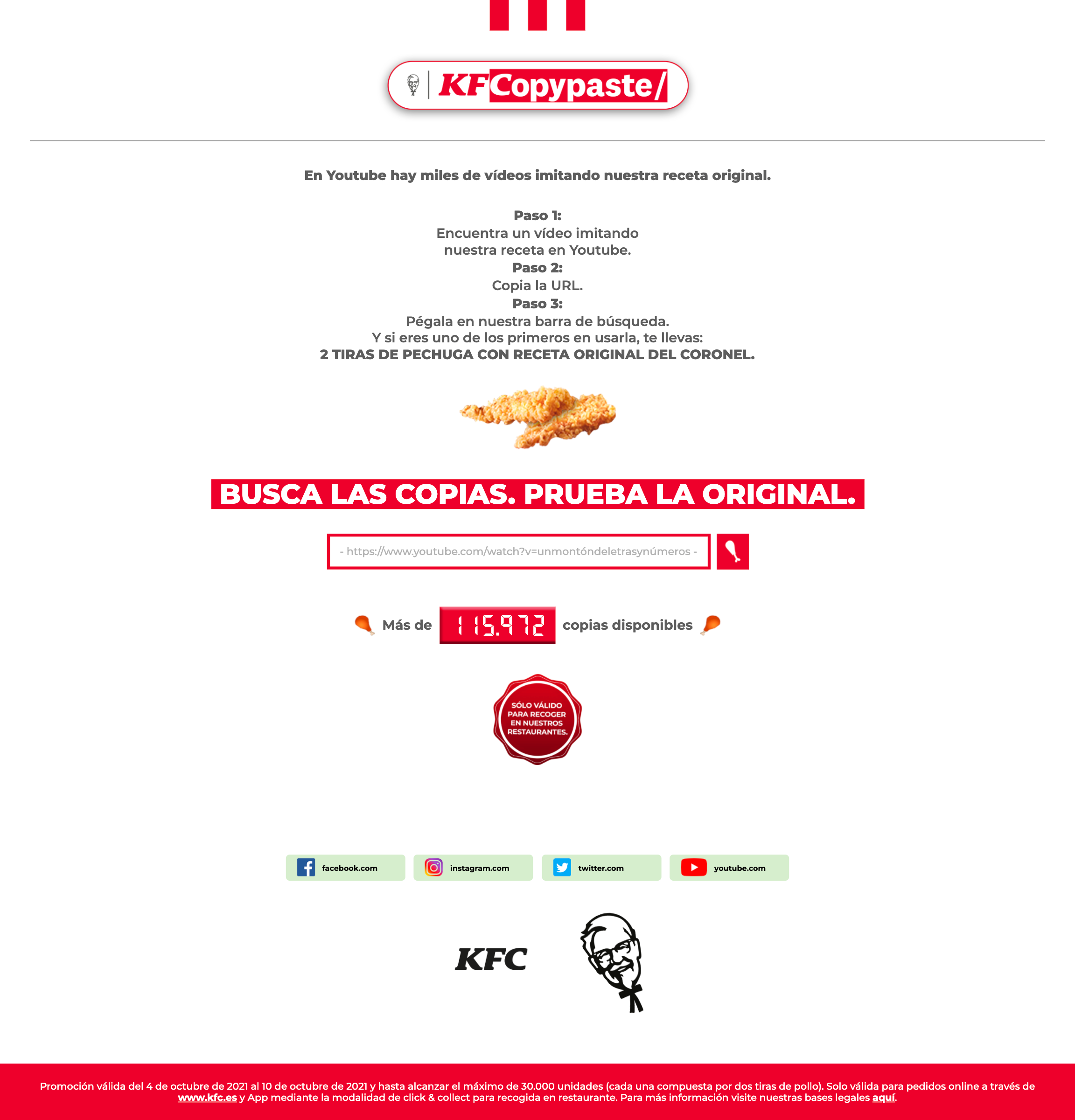 To participate, people need to enter one of the links and the URL will automatically turn into a code to be redeemed at any KFC restaurant. Each URL will be redeemable for a limited number of coupons, so people will be able to search the web for different versions of the recipe to exchange links for chicken. The promotion, by Spanish agency PS21, will run through October and is available in all Spanish cities with KFC restaurants.

So why would KFC do this?

‘We're proud of the people who have spent so much time trying to copy the original KFC recipe at home and share their versions with the rest of the world," explained Beatriz Martinez, KFC Spain brand manager, in a statement. "We're going to give back their time and effort through what we do best—the Colonel Sanders Original recipe. We encourage you to search for copies of our recipe on YouTube to try the #KFC original recipe."