Not on iPhone—spectacular NASA images riff off Apple's famous campaign

Last week, NASA released the first images from the James Webb space telescope—stunning, breathtaking scenes of galactic entities from thousands, even millions of light years away, including The Carina Nebula, Stephan’s Quintet and the Southern Ring Nebula.
Aerospace and defense tech company Northrop Grumman, which helped NASA develop the telescope, capitalized on the historic moment with a campaign that playfully references Apple’s “Shot on iPhone” campaign. 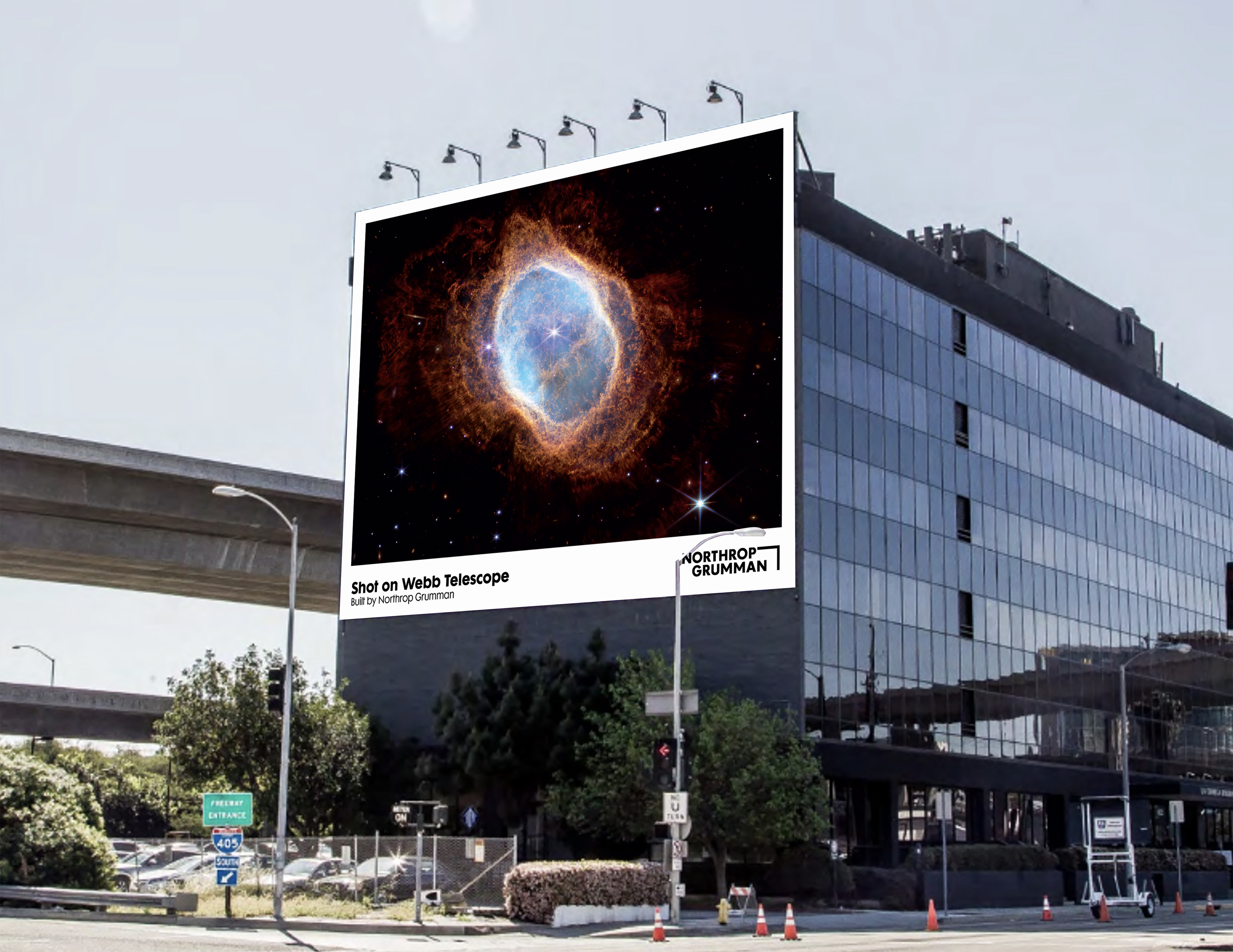 Outdoor ads that debuted this weekend in Los Angeles and Washington D.C. mimic the campaign’s familiar format, featuring a heroic shot of the Southern Ring Nebula, surrounded by a simple white border. Underneath, copy reads, “Shot on Webb Telescope, Built by Northrop Grumman.” 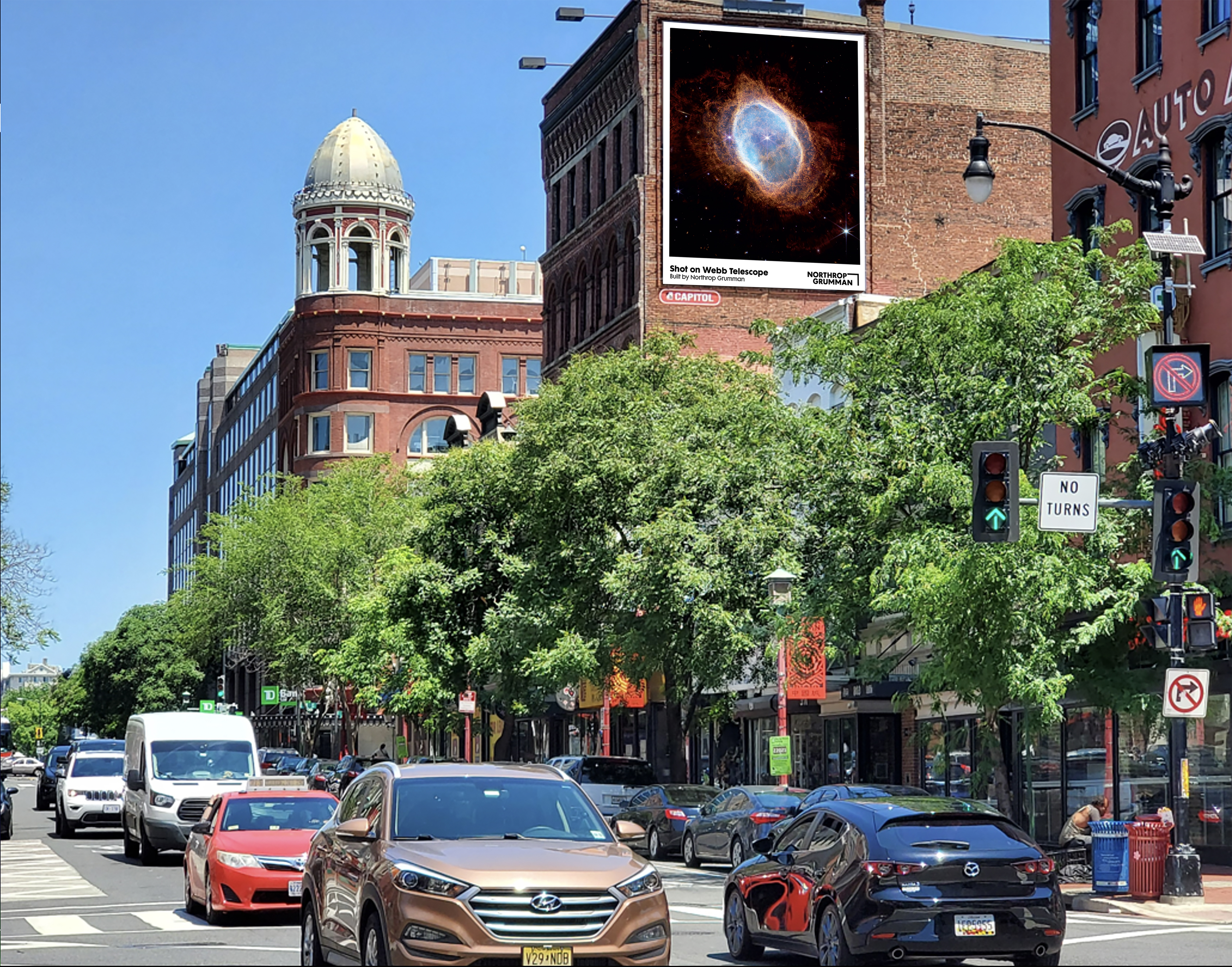 Dentsu Creative was behind the campaign, which also includes a mobile and desktop AR experience that invites users to experience the Webb telescope on their own devices. Kiosks installed in DC’s Union Station allow for quick access to the experience.

“This telescope is one of humanity’s great engineering achievements, and the images are a testament to the amazing work done by thousands of workers across our nation who dedicated years to this project,” said U.S. Vice President Kamala Harris in a statement.