After an eight-month-long search, the 4A's is poised to name MEC North America CEO Marla Kaplowitz as its new president-CEO, according to people with knowledge of the matter. 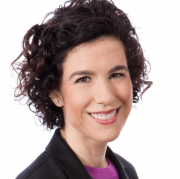 Although it was not clear Friday whether the appointment had been finalized, Ms. Kaplowitz, who has been MEC's North American leader since October 2011, is set to succeed longtime 4A's President-CEO Nancy Hill, the people said. Ms. Hill is expected to stay on with the association until June 2017.

Ms. Kaplowitz could not be reached for comment. Bill Koenigsberg, founder of Horizon Media and chairman of the 4A's board of directors, declined to comment.

(UPDATE: The 4A's confirmed in a statement later Friday night that its board had selected Ms. Kaplowitz as its next president-CEO. Her start date in the role has not been finalized, the association said.)

At the 4A's, the chief trade association for ad agencies, Ms. Kaplowitz will confront ongoing controversies such as allegations by the Association of National Advertisers that media agencies accept undisclosed incentives from third parties to steer clients' budgets.

When the search for Ms. Hill's predecessor began last summer, Ad Age reported that the 4A's board of directors was in talks with MediaLink to spearhead the search.

Ms. Kaplowitz, one of Ad Age's Women to Watch in 2012, joined MEC in March 2011 as president-U.S. clients and head of planning. Before that, she was exec VP-managing director at Publicis Groupe's MediaVest, where she worked closely with Procter & Gamble.