Kastner & Partners Owns a Barbershop in Madrid. Here's Why. 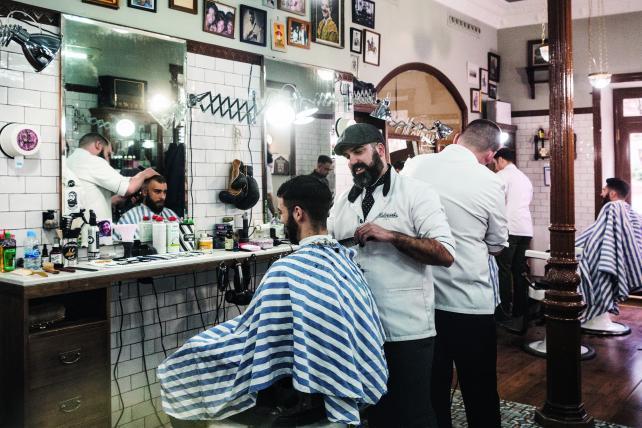 A barbershop in Spain, a classic car showroom in Los Angeles and an urban streetwear brand in London all have an unusual connection. These burgeoning businesses are managed by independent advertising agency Kastner & Partners.

Johannes Kastner, who founded the agency in Austria in 1985, challenged staffers about six years ago to set up separate businesses in each office. The idea was that the new businesses would be something the office was passionate about and wanted to invest time and energy in. Each offshoot has a P&L that is separate from that of the individual office.

"Entrepreneurial spirit is what we live on at Kastner," said Brandon Rochon, chief creative officer at the agency, which helped launch Red Bull in 1987 and still works with the energy drink brand today.

The agency's Los Angeles operation opened the first business in 2010 and dubbed it Kastner's Garage. The classic car showroom sits within the office and is a nice fit for both L.A. culture and Mr. Kastner's love of antique vehicles. The Garage's current inventory includes a 1969 Aston Martin DBS, a 1959 Cadillac two-door hardtop coupe and a 1965 Lotus Elan S2. "We say we're an ad agency that sells cars," said Mr. Rochon.

After seeing how the Garage became part of the agency's culture, Mr. Kastner proposed the same task to other offices. Madrid's barbershop, Malayerba, came next in July 2014, followed by London's fashion brand, Roux, in August 2014. Next up, the Frankfurt office is looking to open a chocolatier with items made from camel's milk. The Milan office is also contemplating new business ventures.

Roux, created in partnership with fashion designer Greg White, is becoming increasingly popular. Items are available at Topshop in the U.K. as well as boutique outlets, and accessories are sold on UrbanOutfitters.com. Kastner & Partners Creative Managing Director Neil Cook, the "instigator" of the Roux idea, said the shop is also in talks with Urban Outfitters and Asos in the U.K. to include some of its upcoming collections online.

Mr. Cook said it's been rewarding to see the response from fashion blogs and publications, such as Hypebeast and GQ in the U.K., which featured a Roux parka last December as one of the "10 Best Menswear Items in the World This Week."

The barbershop has also seen great success in Madrid, so much so that the agency is thinking of opening another location in Barcelona. Already, it's added a line of male grooming products, said Renata Prado, executive creative director at Kastner.

Ms. Prado said the Madrid team decided on the modern hairstyle, old-school atmosphere barbershop after looking at the market and seeing no similar concepts. The barbers, who are trained with the latest styling techniques, have "a 1950s Italian New York City" look to them, she said, but with a modern twist, given their piercings and contemporary haircuts.

A "master barber" runs the day-to-day business, which operates on the floor below Kastner, and the shop has six barbers and a receptionist. Ms. Prado always counts the money at the end of the day, but not because she is distrustful. She said she likes the immediate, tangible results of counting the days' take. It's a far cry from waiting for a commercial to run and hoping it turns out well.

Mr. Rochon said the shop mentions its other businesses right away to potential clients because it's "so much a part of the innovation and the way we think" and "it's something unique from every other agency."

In addition to helping set the shop apart, the businesses allow staffers to understand their clients' obstacles when it comes to running a company, said Mr. Cook. "Some clients we are talking to are in early stages in their development, and this reassures them that we understand their challenges and we're not afraid of taking it on," he added.

While trying to build and market its own businesses, each office also has to handle its account work, which can be a little tricky, admitted Mr. Rochon. "You never love other people's children as much as your own, so it's a hard balance, but we let our clients know they're super important to us and we spend hours and days trying to figure out what to do for them," he said.

Despite some hurdles, the businesses have many more benefits than drawbacks, including potential client partnerships. Mr. Rochon said he'd love to bring together the Garage and Red Bull TV for content, and Mr. Cook said other fashion brands have approached the London office after seeing its work on Roux.

As with most entrepreneurs, the offices wouldn't mind selling the businesses if they became successful enough to attract serious buyers, said Mr. Rochon. But for now, Kastner & Partners is happy to be the agency that sells cars, cuts hair and designs must-have fashions.