Procter & Gamble Co.'s top global digital and e-commerce executive is on the move—but she'll stay at P&G. Find out what she's up to below, along with what exactly a Grand McExtreme Bacon Burger is. But first, we check in on the latest in the long-running battle between Big Beer and craft brewers.

TV has mostly been the marketing terrain of big brewers, not the small craft brewers that have stolen market share from the heavyweights in recent years. But now the largest trade organization representing the small guys is using TV to push their anti-big beer message. In a new campaign that will air during college football and other programming, the Brewers Association touts an "Independent Craft" product seal. The seal, introduced last year, is meant to signal that a brewery is "independently owned"—i.e., not controlled by MillerCoors or Anheuser Busch InBev. The two brewers in recent years have gone on acquisitions sprees buying up smaller brewers.

The campaign, called "That's Independence You're Tasting," is by Boulder, Colorado-based Sterling Rice Group. It includes a TV ad declaring that independence is "the difference between real craft beer and the rest." Pete Marino, president of MillerCoors' craft beer division, which is called Tenth and Blake, fired back in an interview: "We continue to believe that the quality of the beer is what matters most and all of the brewers we've purchased who are still actively involved in running and managing their business are no more or less crafty than they were before we bought them. They are the same people making the same beer." He added that it is "highly ironic that several companies using the independent seal have significant private equity investment." As the Denver Post reported in August, private-equity firms have invested in several well-known craft breweries such as Dogfish Head, Cigar City, Oskar Blues and Stone.

The craft beer campaign comes as the industry shows signs of maturity. Production volume growth for craft beer reached 5 percent in the first half of the year, the Brewers Association recently reported. That matches the first-half growth rate of last year, but is short of the higher growth the industry had been posting previously. What's more, the association reported that 2018 is on pace to have the highest number of brewery closings to date—but the shutdowns are balanced by the fact that projections also call for the highest number of openings. (So, while business conditions might be getting more difficult, that's not stopping new craft brewers from giving it a shot.)

On the big brewer side, things are getting tougher for MillerCoors. The brewer this week announced that it was eliminating 350 salaried positions across the organization by the end of October, including 150 salaried positions that have been held open or were eliminated earlier this year. "We are moving quickly and decisively to get our business back on track," CEO Gavin Hattersley stated in an internal memo.

McDonald's, clearly one of the most American brands, is putting more attention on some of its international hits. Patrons at 50 McDonald's in South Florida can now try Spain's Grand McExtreme Bacon Burger, which includes something called "McBacon" sauce; Malaysia's BBQ McShaker Fries, which have a smoky BBQ seasoning; Hong Kong's McSpicy Chicken sandwich; and a dessert from the Netherlands, the Stroopwafel McFlurry—vanilla soft serve ice cream, mixed with caramel waffle cookie pieces and caramel sauce. The "Flavors from Abroad" limited-time test announced Wednesday follows the April debut of a rotating menu of international items being sold at the McDonald's on the ground floor of the world's largest restaurant company's new Chicago headquarters. The McSpicy Chicken sandwich was among the first international items served at that location.

Shiseido store lets you feel, eat, but not buy the makeup

Shiseido is opening a Manhattan pop-up shop Sept. 6-9 that's all about "experience" and absolutely not about selling makeup, at least not right away in the shop. The Japanese Beauty Gallery Presented by Shiseido will be open in the Sohoneighborhood to help back the fall relaunch of the brand's makeup collection. 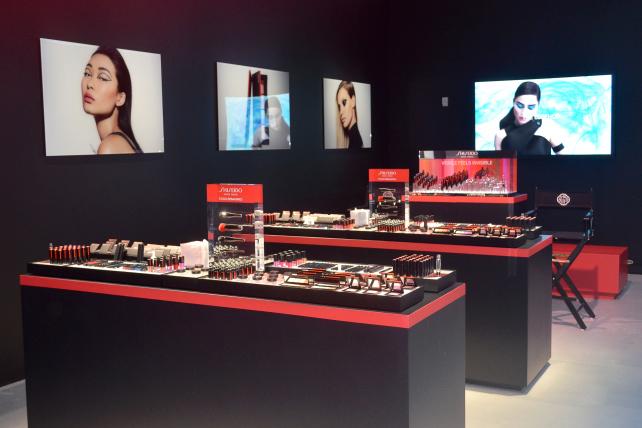 Though you can't buy the makeup there, you can get the brand experience, with rooms dedicated to bringing the four "reimagined textures" of the lineup – gels, inks, powders and dews – to life. You will also be able to eat the makeup, in a sense, at the Tokyo Underground Lounge Food Experience, where Los Angeles-based chef and restaurateur Jeremy Fall will prepare a four-course tasting menu inspired by the four textures. A Tokyo Underground Lounge Photo Exhibit will feature work by director and photographer Mike Rosenthal.

It's harvest season and Harry & David is planting a seed...in the mind of consumers. The 84-year-old brand, which is owned by 1-800-Flowers.com Inc., is releasing a new brand positioning with "Share More." A video, created internally and called "Open Door," showcases the importance of sharing products like chocolate, truffles and popcorn and highlights Harry & David's gift deliveries.

New York Fashion Week starts tomorrow and LaunchMetrics is ready with $50 million in VC funding. The company, which works with fashion, luxury and cosmetics brands on influencer marketing strategies by providing tools and measurement data, plans to help companies divide their media budgets to get the best awareness results. 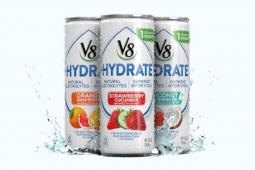 Ilonka Laviz, who was Procter & Gamble Co.'s top global digital and e-commerce executive since 2011, has moved to a new post as marketing director for the company's Digestive Wellness group, which includes Prilosec, Pepto Bismol, Align and Metamucil. The move breaks a streak of top digital and media executives leaving P&G for Google the past decade. People who reported to Laviz will now instead report to Sima Umur, VP of Brand for Europe and Global Brand Building Reinvention. Umur, like Laviz did, reports to Chief Brand Officer Marc Pritchard, but also to Loic Tassel, president of Europe Selling and Market Operations.