The automaker’s Olympic plans include a small fleet of autonomous boxcar-like people movers that will shuttle up to 20 passengers apiece.
READ THIS NEXT
A regularly updated list tracking marketers’ response to coronavirus 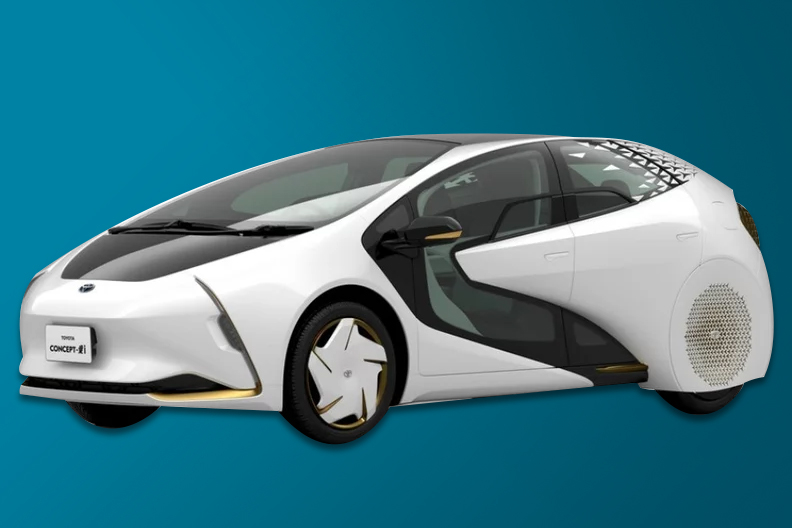 Toyota will deploy some 3,700 vehicles and mobility products at next year's Tokyo Summer Olympics, nearly all of them electrified, including a futuristic self-driving pod car that will escort the Olympic torch and lead the marathon race.

The so-called Concept-i will be a working version of a concept first unveiled in 2017. Toyota said the vehicle will demonstrate Level 4 autonomous driving ability and "agent conversation" technology, which uses artificial intelligence to "understand" and interact with humans.

It was unclear whether the Concept-i will be driving itself during its torch and marathon duties.

Despite its wild exterior, replete with top-to-bottom slashed side windows, a wedge-shaped silhouette and concealed rear tires, the Concept-i still gets a conventional steering wheel.

Toyota's Olympic plan also encompasses a small fleet of autonomous boxcar-like people movers that will shuttle up to 20 passengers apiece. At least a dozen of these e-Palette runabouts will transfer staff and athletes around the Olympic and Paralympic Village. Toyota will also marshal about 500 of its Mirai hydrogen fuel cell sedans to usher people between sporting venues.

Toyota, a top sponsor of next summer's Olympic games, fleshed out its plans in a news release on Friday under a mobility for all theme. Japan's biggest automaker said its Olympic vehicle fleet will have the lowest emissions footprint of any so far, thanks to its reliance on electrification.

Toyota also offered the clearest picture yet of the e-Palette, a concept shown at the 2018 Consumer Electronics Show. The vehicle is pitched as a cornerstone of mobility as a service. In future applications, Toyota would develop the undercarriage and platform and let others customize the shell. Think mobile field office, rolling pizza parlor or on-the-go shoe store.

At the summer games, however, Toyota promises that at least a dozen e-Palettes will be running on a continuous loop around the Olympic and Paralympic Village as a self-driving bus.  The 5.3-meter (17-foot) long toaster-shaped, window-encased monolith can carry up to 20 people or four wheelchairs and seven standing passengers. Photos of the black-and-while shuttle show what appear to be lidar sensors on the front, rear, roof and sides.

The e-Palette will have Level 4 self-driving ability, but an operator will still be onboard as a human backup. The low floor leaves little gap between the curb and the bus, easing access for all.

Rounding out Toyota's mobility vision is an assortment of personal mobility devices that will be deployed in walking areas around such venues as the Olympic stadium or tennis park. Toyota is planning a standing tricycle, a sitting-type scooter and a mini-tug that hooks up to wheelchairs and pulls them along. All three are battery powered with a range of at least 6 miles.

Toyota, which is trying to transition itself from a traditional automaker into a new mobility company, says it is readying 300 of these devices for use by security and medical personnel.

Hans Greimel is Asia editor for Automotive News, an affiliate of Ad Age.