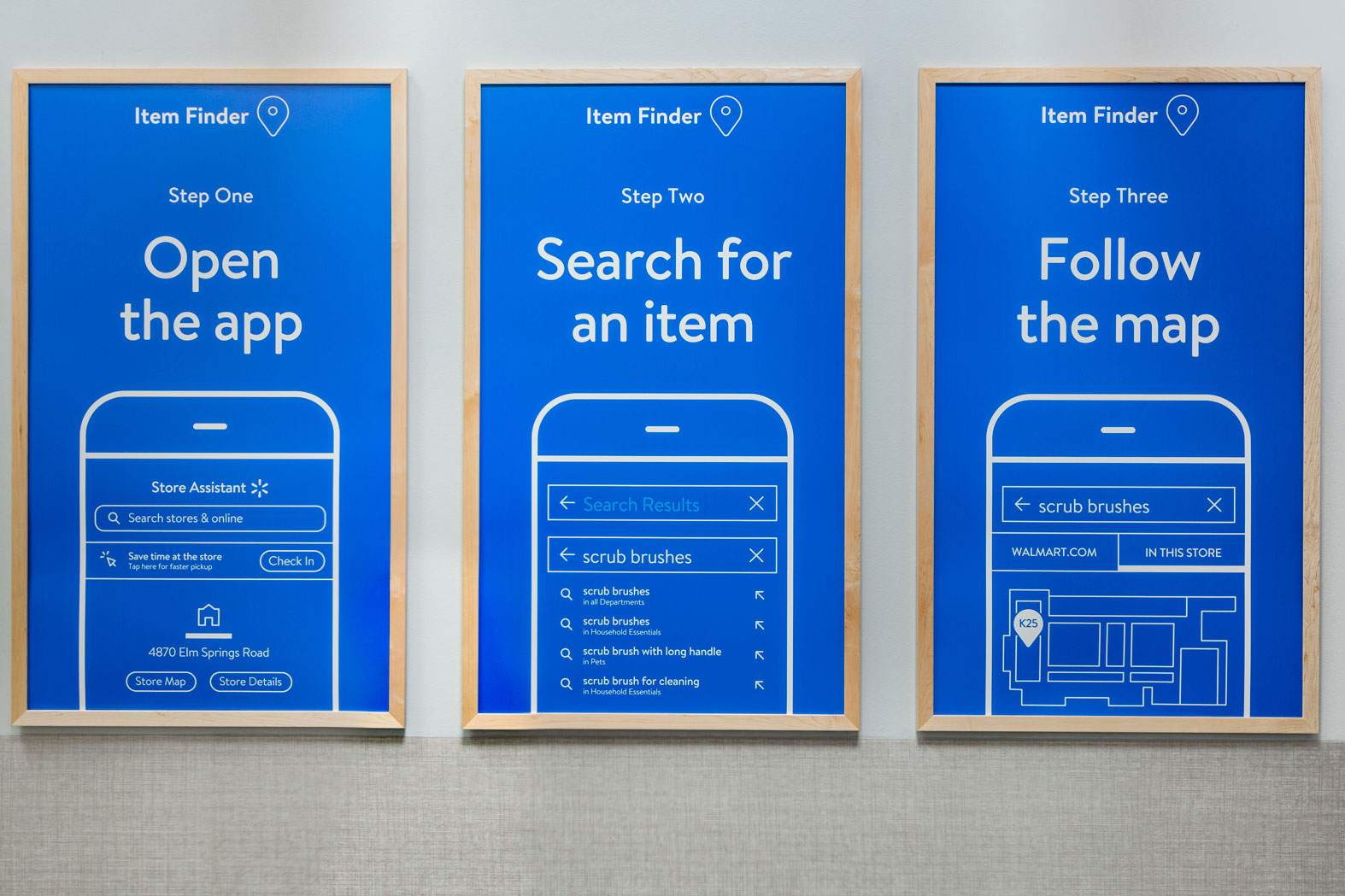 Walmart is launching an ambitious redesign of physical stores to align them better with its mobile app. The massive undertaking will take years but is aimed at merging online navigation and shopping lists with physical signs and store layouts in ways no retailer of its size has tried before.

It’s expected to be in 200 stores by the end of the current fiscal year ending Jan. 31 and in another 800 by the end of the following year. Of course, it takes a long time to redesign stores for earth’s biggest retailer, which has more than 4,700 locations in the U.S. It took years just to roll the company’s current starburst logo nationwide earlier in the decade.

Part of the current redesign is to make the backdrop of that logo in stores square rather than rectangular and blue to help create a common look between stores and the app, said Alvis Washington, VP of store design, in an interview.

“In the parking lot we make a clear connection for the customer – this is the grocery entrance, the lifestyle entrance, the healthcare entrance, so they can decide where to park,” Washington said. “We welcome them with a navigation kiosk where they can see where every department is located in the store. This is where we first tell them to engage with the app to have a better shopping experience.”

Customers who’ve put shopping lists into the app can use it more easily to navigate the store to find their items, Washington said. In a blog post, Janey Whiteside, exec VP-chief customer officer of Walmart U.S., called it “end-to-end digital navigation that guides customers through their journey.”

The redesign also aims to work with Walmart’s recently rolled out Walmart+ membership program by highlighting the Scan & Go self-checkout capability, for example, Washington said. And by encouraging people to use the app as they shop, he said the design could also aid in alerting them to rollbacks and other promotional product information that’s most relevant to them.

While the redesign ultimately aims to bring national uniformity to the look and feel of stores, local touches will also be included, such as a callout to Elm Springs, Arkansas, in the cart corral area of the store there, where the redesign was tested.

Customer satisfaction scores were strong in test stores, Washington said, though he said he couldn’t comment on sales impact.

While the redesign project began last year before the pandemic, Washington said, it aids socially distant shopping in part by highlighting self-checkout kiosks and contactless payment using Walmart Pay through the app.