"Nobody starts at the top. Nobody. While some may be born with a silver spoon, no one is born with a Gold Pencil. Or Gold Lion." -- Introduction to "My First Time." 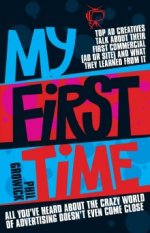 Phil Growick, managing director at recruitment agency The Howard-Sloan-Koller Group, has collaborated with some of adland's most well-known creatives for "My First Time," a book that collects veteran creatives' recollections of the making their first ads. In the run up to the book's September 17 launch, we'll be featuring a few of the stories on our site. Here, read about Wieden + Kennedy Portland Partner/ECD Mark Fitzloff's first project--which happened to be, oddly enough, a 2000 Olympics assignment for Coca-Cola. You can also find out about his partner, Susan Hoffman's first time here. 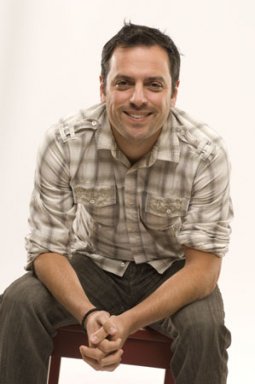 Before I ever made a TV commercial, I made everything else in advertising. I worked as an account guy; I wrote direct mail; I wrote for print and radio; I even wrote some of the very first commercial websites and banners on the Internet.

Then, six years after I started in this business, I made my first TV spot.

It was 1999. I was a brand-new copywriter working at Wieden+Kennedy in Portland on the Microsoft account. Bob Moore hired me under the assumption that I knew more about technology than your typical Wieden copywriter. That wasn't actually true, but I wasn't in a position to correct him. My book was woefully inadequate for such a place. If they wanted me to be the tech guy at W+K, then the tech guy I would be.

But I survived the layoffs. Maybe someone thought it would be too cruel to fire someone so new he still lived in corporate housing. Whatever the reason, I survived, and got moved onto the Coca-Cola business, and that's how James Selman and I got the assignment to make Coke commercials for the 2000 Summer Olympics.

The Intrinsics of Coke

Bob Moore and Todd Waterbury were our creative directors. At the time, Coke was big on a thing they called "intrinsics"-- as in, the intrinsic qualities of their product. The CDs explained how the commercials needed to communicate these intrinsics, even though the taste of Coca- Cola has always been famously difficult to describe. It's not chocolatey or fruity or citrusy or anything else. It's "Coke-y." After rounds and rounds of work proving how difficult that brief was, we were allowed to shift our focus to sport. As long as we could incorporate the product in a way that made it integral to the story, we'd be fine.

Neither James nor I were big sports fans (a source of anxiety in an agency dominated by Nike), but we were both into the Olympics. James was an amazing cyclist (he would later become known for his fantastic work with Lance Armstrong), and I played water polo in college. So we started with what we knew. We threw out interesting visual stories about our respective sports that would also manage to incorporate Coca-Cola. I had one about a bunch of Eastern Bloc oil workers watching their national team play on TV, while stationed on a drilling platform somewhere in the North Sea. While drinking Cokes and watching the game, they get the idea to throw a water polo ball out into the water and have a pickup game. James had an idea about a peloton of bicycle commuters in Beijing who fall into line behind a Coke delivery truck. The driver gets the idea to start passing out bottles of Coke like he's part of the support team at the Tour de France. All told we probably had about a dozen scripts, each in this "Mentos" vein, where somebody just conveniently gets an idea to do something playful or mischievous after consuming the product and then visual fun and hilarity ensue. (A cliche ad construct if ever there was one.)

In the end the client only approved one spot for production -- James's cycling script. But I didn't care; we had made it to the promised land of production, and I might actually be headed to China to make my first TV spot.

But then politics got in the way. Not office politics, but actual politics. Back in those days, it was still very difficult to produce commercials in Communist China. So the client wondered if we could produce the spot in L.A. Well, okay. Not quite as exotic, but still, production! Then Coke decided that since this was a global spot, it had to take place in a global (vs. a North American) location. Okay! Back to getting that passport. Then they figured that since the Olympics would be happening in Sydney, the spot should shoot in Sydney. More Okay! But in the end, Australia also presented logistical problems, so the location ended up being New Zealand. That's right, I shot my very-first-ever-TV commercial in Middle-earth. Way before Peter Jackson and his Hobbits got there.

I imagine I must've still been in a daze when I boarded the plane for Auckland. Not only was I leaving for New Fucking Zealand for my first-ever TV shoot, but I was leaving on my first- ever business class flight, since at the time it was agency policy to fly business-class overseas. Accompanying me on the flight were Mr. Selman, an account executive named Jessica Hoffman and a producer named Robyn Boardman. The first person we met off the plane was our director, Johan Renck.

In the universe of the highly impressionable junior copywriter, there is no shinier star than the commercial director. Johan was the first one I'd ever met and he was perfectly cast, a big blond Swede (of course) with ironic mullet/Beckham hair. He also happened to be a moderately famous pop star in Europe called Stakka Bo.

When you go on a long production, you really develop a strong bond with the people you're working with. The distance we had to travel for this one made this particularly true, and it soon became apparent that Johan would be our team leader. The other team members included Johan's line producer, his DP and a PA from the local production company who would be our driver for the two-week stay.

Where It All Really Happens

The phase just prior to rolling film is called pre-production; it's when you cast actors, nail down locations, secure permits and build props, and it culminates in an important client meeting called the "pre-pro." This is when clients and agency folks get to give the final sign-off on all sorts of decisions or forever hold their peace. For that reason, it can also be the most stressful part of the entire process. As testament to that, our creative director, Todd Waterbury, flew all the way to New Zealand from Portland just to attend the meeting in person, flying home the very next day. This left quite an impression on me. I admired Todd's commitment to the job, but I was also sort of shocked that he considered the client meeting the only part of the shoot worth his attention. I was so naive. Pre-pros are really where spots get made. If they go well, and if all the hard conversations happen up-front, everything else just falls into place. But at this point, I was under the Svengali sway of Stakka Bo, and to us Todd was just the man from headquarters sent to check up on us. Meanwhile I was busy learning to appreciate the finer things in life under the tutelage of my director. Things like New Zealand Bluff oysters, world renowned for their succulence and flavor, but only in season for two weeks out of the year. Johan had made it his mission to ingest nothing but Bluff oysters and French champagne for the duration of the shoot. I was attempting to keep pace with him, and did so until my stomach decided otherwise.

The shoot was a massive production. Streets were closed off, special vehicles were rigged with cameras and a cast of several dozen extras was dispersed throughout the scenes. The scale of that shoot has always stuck with me. This was when I learned how many people it takes to actually pull off a TV commercial. I poured myself into the educational experience, studying the pre-pro book, trying to figure out who the gaffer was, and how he differed from the grip (FYI the former manages electrical, while the latter deals with camera rigging), what the 1st AD did, compared to the 2nd AD (among other things, the 1st manages the on camera set, while the 2nd oversees the backstage and off-camera work). It was a great shoot to learn on because all the crew disciplines were represented. In the midst of it all, I walked around feeling important, the creator of the idea! The reason why all of us were there! In reality I was without a doubt, the single least important person on the entire set.

After the shoot, we flew back to Portland to edit. I remember sharing the rough cut with Jim Riswold. In my presentation to him, he told me he hated the spot, and thought it was possibly the worst piece of creative the agency had done all year. That may have been a (slight) exaggeration, but the spot certainly wasn't anything special by W+K standards. Let's just say it left me lots of room to improve upon my craft.

Despite the outcome, the project was an amazing experience that I'm still thankful for. It ingrained in me a belief that execution is just as important as "the big idea," which I think is a hallmark of W+K work. I also fell in love with my job on that shoot: the thrill of making something, the camaraderie of production and, of course the exotic travel. Although, in my 13 years of making TV commercials, I still haven't traveled abroad for another shoot!

Mark Fitzloff
View all articles by this author