Are you a Slack purist? Plus, the most encouraging data visualization of the year so far: Datacenter Weekly | Ad Age
Skip to main content
Sign In Register

Are you a Slack purist? Plus, the most encouraging data visualization of the year so far: Datacenter Weekly 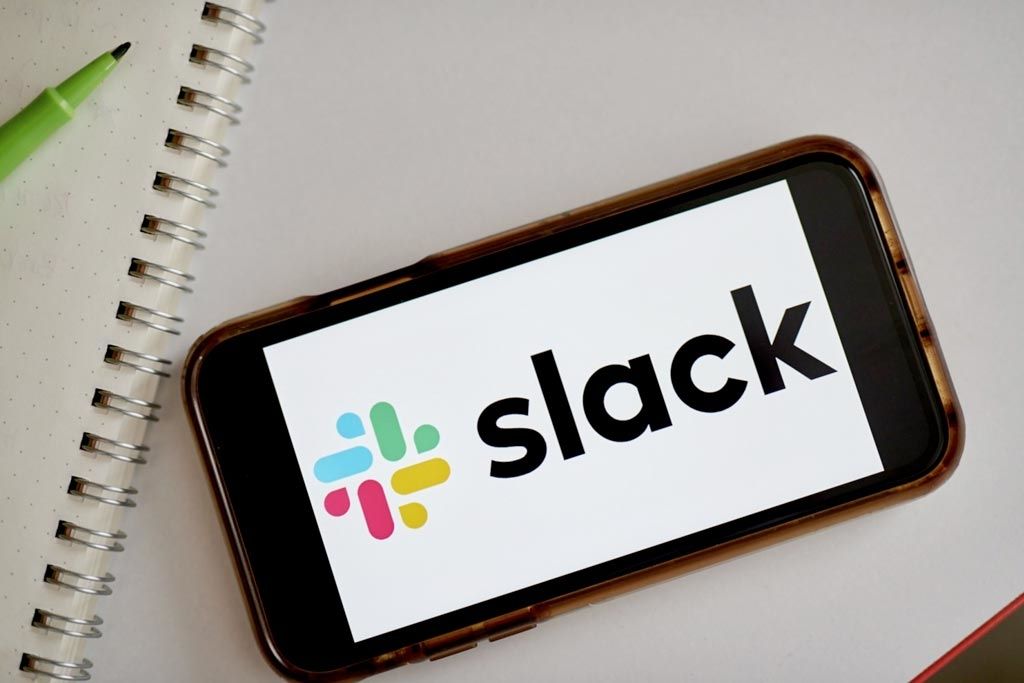 The latest on the labor market

“The number of Americans seeking unemployment benefits fell sharply last week in a sign that layoffs may have eased, though applications for aid remain at a historically high level,” the AP’s Christopher Rugaber reports. “Jobless claims declined by 111,000 from the previous week to a seasonally adjusted 730,000,” per the U.S. Department of Labor.

Essential context:  “While the numbers saw a sharp decline, federal watchdogs have warned that claims data is extremely vulnerable to being distorted by processing errors,” note The Hill’s Sylvan Lane and Niv Elis. “That raises questions about the true size of last week’s decline, especially as treacherous winter weather disrupted much of the U.S.”

“It’s not just Netflix,” Ad Age Datacenter’s Kevin Brown writes. “Add sweets to the stay-at-home binge list. Sugary snack-food purchases increased 8% in 2020, according to data from research company Numerator’s Sweet Treat Tracker. And as with so many other retail categories, much of the buying took place online, Numerator says.”

According to research that data company Sabio has shared exclusively with Datacenter Weekly, Slack users—at least Slack users on Android devices—are kinda purists. Sabio’s AppScience platform tracks app activity across mobile devices, and when Sabio’s data scientists looked at behavior across a panel of 82,000 Android phones, they found that:

• 96.5% percent of Android phones with the Slack app on them don’t have any other workplace-collaboration apps—such as Microsoft Teams, Skype, GoToMeeting or Workplace—on them.

We’ve got more more data to share about workplace-collab apps, so stay tuned.

Tech (and other) companies have been sparing no expense to deploy surveillance technology and algorithms to keep track of their workers—but who’s keeping track of all that tracking?

As Wired’s Aarian Marshall writes in “Gig Workers Gather Their Own Data to Check the Algorithm’s Math,”

Armin Samii had been biking for UberEats for a few weeks last July when he accepted a delivery he estimated would take 20 minutes, tops. But the app led him up one of the steepest hills in Pittsburgh, a 4-mile one-way trip that clocked in at an hour. Then he noticed that Uber had only paid him for 1 mile—the distance between his origin and destination as the crow flies, but not as the man bikes. ...

Samii is a software engineer. So he created a Google Chrome extension, UberCheats, that helps workers spot pay discrepancies. The extension automatically extracts the start and end points of each trip and calculates the shortest travel distance between the two. If that distance doesn’t match up with what Uber paid for, the extension marks it for closer examination.

Most concerning data headline of the week

“China Wants Your Data—And May Already Have It,” from NPR.

Most encouraging data graphic of the week—and, actually, of 2021 so far

As seen on the front page of the international edition of Thursday’s New York Times to illustrate a story headlined “Pandemic loosens it grip” (the graphic atop the page shows the average new COVID-19 cases per day in the U.S., the U.K., Europe, South Africa, Brazil and the rest of the world from Sept. 1 to Feb. 20): 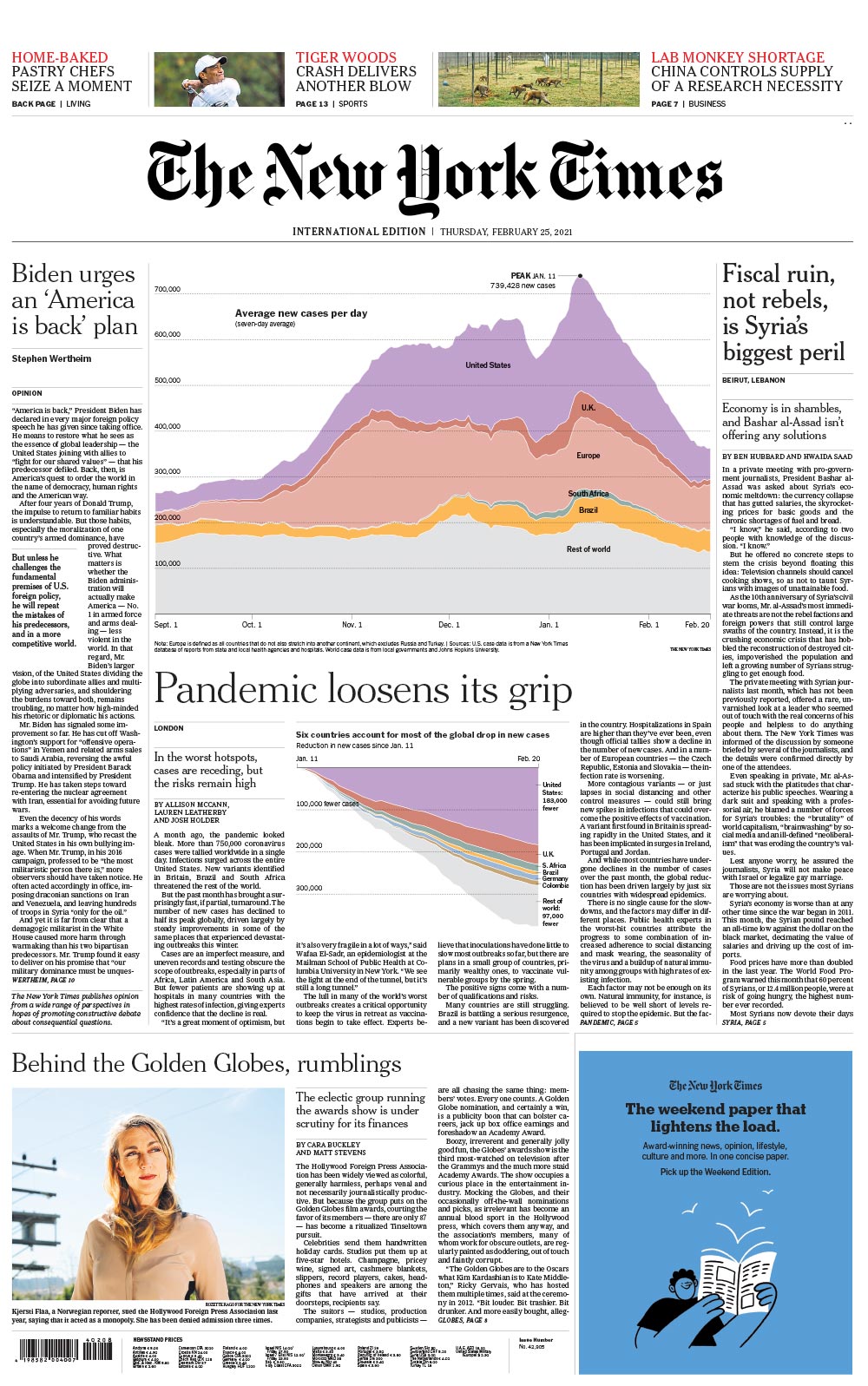 A reminder that the entry window is wide open for the 2021 Ad Age A-List and Creativity Awards, recognizing agencies, standout work and forward-thinking leaders and talents in the industry. The final deadline is March 2. More details here.

• Tracked:  “Judge in Google case disturbed that even ‘incognito’ users are tracked,” per Bloomberg News (via Ad Age).

• The count:  “Ohio is first state to sue Census Bureau over delay in data,” per the AP (via the Dayton Daily News). 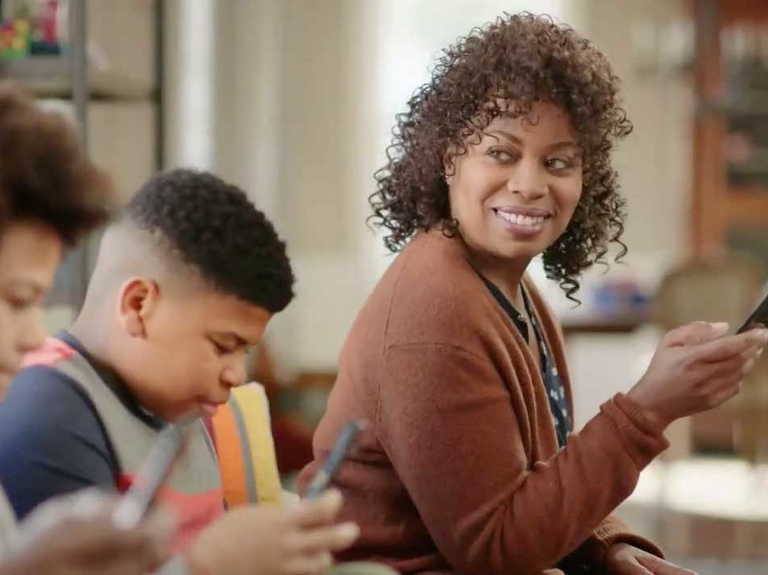 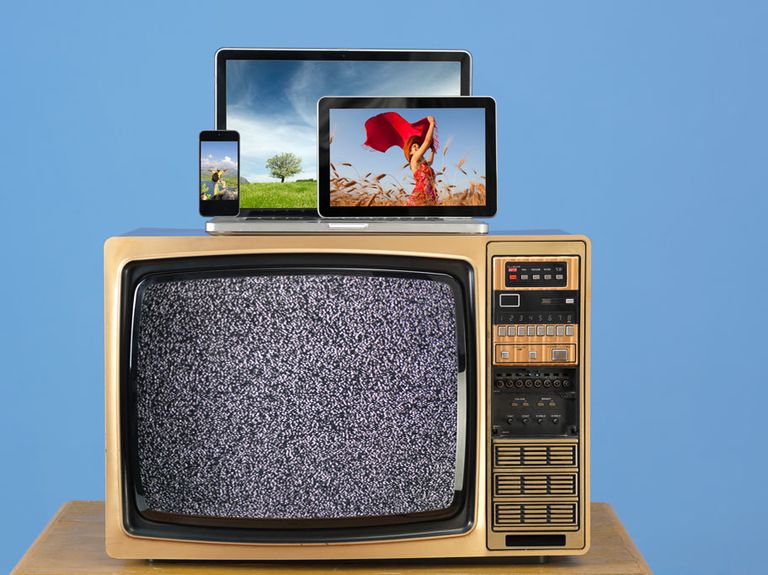 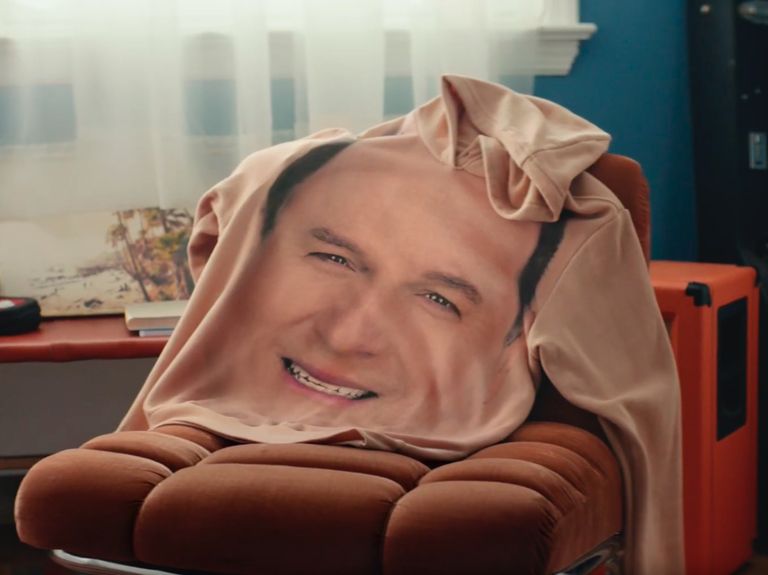 Funny TV ads are on the rise, and how brands are (or aren’t) prepping for the coming data lockdown: Datacenter Weekly