Lyft filing could kick off cavalcade of high-profile tech IPOs 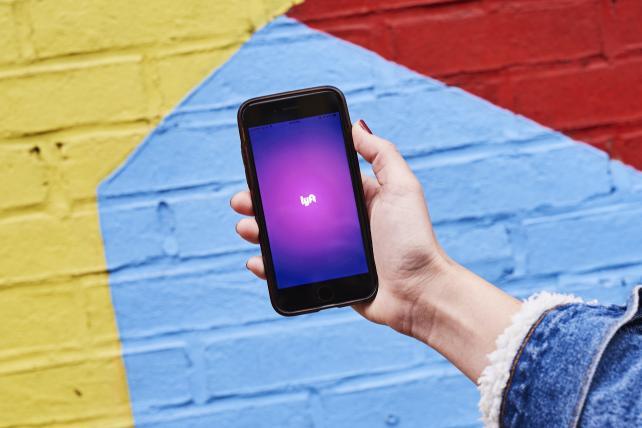 The Lyft app is displayed on an Apple iPhone.
Credit: Gabby Jones/Bloomberg

It's been a winding journey to the public markets for Lyft, which got its start as a college carpooling service called Zimride in 2007, before its trailblazing pivot to ride-hailing in 2012.

Now, the smaller of the two biggest U.S. ride-hailing companies could be the first high-profile unicorn in a herd of listings this year, if it files its initial public offering this week as expected. Just as Lyft beat Uber Technologies to the idea that regular people could use their cars to charge for rides, it now looks set to beat Uber to the public markets.

Lyft announced on Dec. 6 that it had privately filed with the Securities and Exchange Commission, the same day that Uber filed confidentially, people familiar with the matter have said. A wave of IPO news has followed, with messaging startup Slack, image company Pinterest and food-delivery company Postmates all moving closer to listings of their own.

Valued at $15.1 billion on the private markets in its last funding round, Lyft is aiming for an IPO valuation of $20 billion to $25 billion, a person familiar with the matter said. While limited financial information on Lyft has been reported, its filing will include the first release of its full-year numbers, as well as other key metrics that the San Francisco-based startup hopes will entice potential public market investors. Details on the number of shares to be offered and the intended price range likely won't come until a later filing.

Lyft generated $563 million in revenue in the third quarter, up from $300 million in the same period a year earlier, a person familiar with the matter said in October. Losses increased to $254 million in the period from $195 million in 2017, the person added.

Potential investors could blanch at those losses, which have continued even though Lyft operates almost exclusively in the U.S., which is often seen as a key profit center. It also doesn't have a massive, growing food-delivery business like Uber.

Lyft could begin its roadshow—in which it will meet and pitch investors—the week of March 18 and begin trading on the Nasdaq soon afterward, a person familiar with the matter has said. JPMorgan Chase & Co., Credit Suisse Group AG and Jefferies Financial Group Inc. are leading the San Francisco-based startup's IPO.

Getting out before Uber would be a minor victory for Lyft, though not one without risk. Three years younger than its much larger competitor, Lyft has plotted a faster route to the public markets and will want to make sure that it's front and center in investors' minds. Filing first will give Lyft an opportunity to highlight favorable metrics before Uber discloses new details.

Key numbers for Lyft include average fare per ride, marketing spending and driver churn, according to a Lyft shareholder who asked not to be identified because he isn't authorized to speak on behalf of the company. Investors will also be interested in Lyft's longer-term plans for its autonomous driving program, in which it has been investing aggressively, adding to expenses.

Lyft's non-ride hailing business, namely scooter and bike sharing, will also be of interest, the investor said. In December, Lyft bought Motivate, the company that runs Citi Bike in New York. Like Uber, Lyft is also running its own electric-scooter program. Winter weather has caused both side-businesses to slow.

Risk factors will garner attention, too. Investors will be looking for any insight on potential regulatory hold-ups as well as legislation that could require Lyft to classify its drivers as employees. Lyft's drivers are independent contractors, which means they pay their own expenses and are paid per ride and not by the hour. That could change, as politicians criticize ride-hailing companies for undercompensating drivers and creating traffic and congestion. Last month, Lyft and another ride-hailing company asked a judge to block the New York City Taxi and Limousine Commission's procedure for calculating minimum wages for drivers.

The company's governance structure is also likely to come under scrutiny. This month, The Wall Street Journal reported that Lyft's founders were preparing to take near-majority voting control, despite together owning less than 10 percent of the company.

The voting rights would give John Zimmer and Logan Green a firm handle on the company when it comes to major decisions, including over board appointments and a potential sale.

In 2017, Snap Inc.'s co-founders retained about 90 percent of the voting rights, selling shares without those rights in the company's IPO. Snap's stock has plummeted about 43 percent from the offering.

Bankers have long looked to the examples set in 2014 by Chinese e-commerce giants JD.com and Alibaba Group Holding Ltd. The smaller company, JD.com, moved first, setting the stage in May of that year for the record $25 billion listing four months later by Alibaba.

While both companies made strong debuts and still trade well above their IPO valuations, Alibaba's sheer size still dwarfs its smaller rival. Jack Ma and Joe Tsai's behemoth is now worth $459 billion, more than doubling in value from $168 billion at its IPO, leaving JD.com trailing at $37.5 billion in value—its shares up just 37 percent above its IPO price.

Oceanic Partners, an early holder of Lyft shares, is valuing the company at about $23 billion, said Jaclyn Strife, the venture capital firm's co-founder and chief operating officer. That's based on a multiple of about seven times the $3 billion in net revenue that Oceanic predicts Lyft will have this year. The estimate also factors in about $2.5 billion in cash, which Lyft has in its coffers.

"We're excited to see that Lyft is going first," Strife said. "It's good for them to come out and set the stage ahead of Uber, which will certainly take the spotlight later."