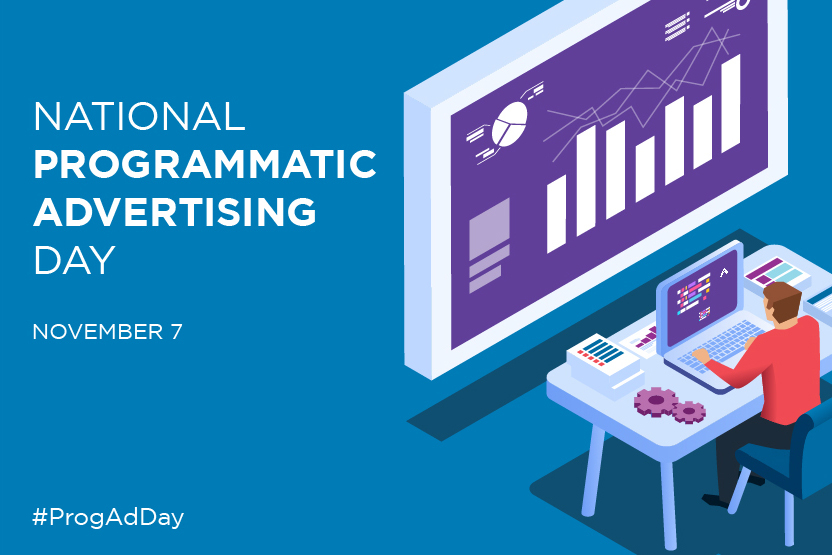 This article is being written on National Pepperoni Pizza Day. It is also National Punch Day and National POW/MIA Recognition Day. Yesterday was, of course, National Talk Like a Pirate Day. And tomorrow will be National Pecan Cookie Day and Responsible Dog Ownership Day. Those who work in programmatic will soon have their moment in the sun: November 7 will mark the first-ever National Programmatic Advertising Day.

“National Programmatic Advertising Day is a day to honor all programmatic advertising professionals,” a description on National Calendar Day’s website reads, which is (apparently) the premier authority of registering such things. “Programmatic traders too often don’t get the respect and recognition they deserve and remain unsung heroes. We’re proposing that this day serve as an opportunity to appreciate the individuals who help define our online experiences.”

“We plan on doing this every year,” says Daniella Krieger, VP of marketing at Viant.

National Programmatic Day will coincide with Adelphic’s Programmatic Advertising Summit in Chicago and agencies such as Cadreon, Spark and Havas will participate, along with dozens of other smaller shops in cities like Atlanta, Minneapolis, New York and Los Angeles.

Krieger says Adelphic will have paid media promoting the event on Twitter, Facebook and other social media platforms under the hashtag “ProgAdDay.” She adds that Adelphic will also send highly targeted digital out-of-home ads aimed at specific people from various agencies across the country—in a similar fashion to what the Outdoor Advertising Association of America did during Advertising Week in New York in 2016.

Domestic spend on programmatic advertising is estimated to reach roughly $60 billion in 2019, according to eMarketer. Yet, despite its massive size, few events are tailored for those who operate in the space, says Krieger, who adds that among those that do exist—she points to Programmatic I/O as an example—most are tailored for C-suite executives and cost nearly $2,000.

“Look, it’s a big investment for companies to send someone to these events—it’s a huge barrier,” Krieger says. “Companies don’t have money to invest in their more junior traders so they can learn what’s going on with machine learning or optimization. One of the unique things about our event is trading desks aren’t only sending their senior teams, but instead are giving an opportunity to send traders and those at the manager level.”

Adelphic's summit is free, says Krieger, who adds that the event will also host a large number of people who operate programmatic for in-house brands. “Brands are just starting to bring programmatic in-house, which is a relatively new trend.”

Many other companies, such as Jeep, Microsoft and Victoria Secrets, have previously registered "days" through National Calendar Day. Five years ago, the organization says it would have been “surprised” if it saw a thousand submissions in a year. Today, however, it receives more than 25,000, though not all of them make the cut, Marlo Anderson, founder of National Calendar Day, tells Ad Age. Among those that have gone through are National Walk Around Things Day, National No Bra Day and National Winter Skin Relief Day.