READ THIS NEXT
Everything you need to know about the Facebook, Twitter, Google and Amazon earnings frenzy 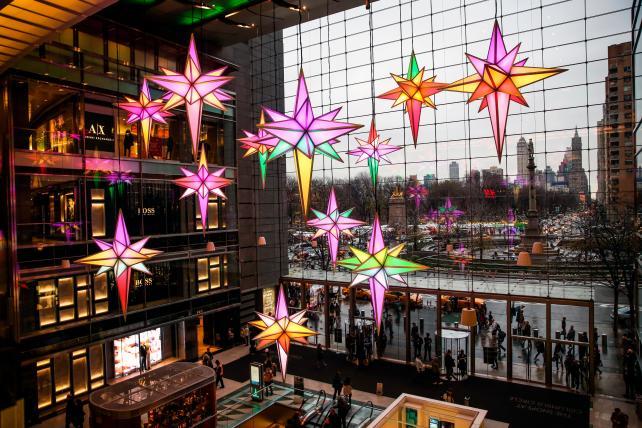 Although it might be too early to look at Christmas decorations inside retail stores, it's never too early for performance marketers to plan their programmatic holiday ad strategies.

In a holiday-focused whitepaper Wednesday, ad-tech powerhouse AppNexus shared a slew of statistics about when it might make the most sense to purchase ad inventory leading up to and after the holidays.

AppNexus made most of its predicitions using data compiled from last year's holiday shopping period.

According to the report, cheap inventory is often available in November, but brands that need to drive holiday sales should also consider buying a week before Christmas, when ad rates and conversion rates alike are at their highest.

Conversion rates, meanwhile, should climb steadily during the month of November and peak in December, the report said. The only exception to this is Thanksgiving weekend, when conversions are expected to take a tumble.

AppNexus said Black Friday and Cyber Monday had some of the lowest conversion rates last year, adding that despite being big shopping events in the U.S., 2015 data suggested conversion rates drop off "sharply" in the days right after Thanksgiving.

"These two days had some of the highest cost per acquisitions of the quarter," AppNexus said. "As a result, retailers run the risk of wasting big money on ads that don't drive people to their Black Friday and Cyber Monday sales."

"This suggests that while brand advertisers should spend their budgets early and often, direct-response advertisers should think carefully about their activity in early November," AppNexus said. "While inventory is very cheap during this time period, the low conversion rates might make it a better idea to wait until the week or two before Thanksgiving, depending on how important conversion rates are to the client's marketing goals."

"Brands looking to play in the Christmas market should pay a premium to advertise about a week before Christmas, when CPMs and conversion rates are both at their highest," the company added.

Performance advertisers might also want to avoid making any ad buys between Dec. 22 and Dec. 31, as conversion rates plummet during this time period, the report said. Last year, conversion rates peaked on Dec. 19, or just five days before Christmas Eve. After that, they feel considerably until the end of the year.

"Though the temptation is to spend heavily right through the 25th, advertisers looking for strong performance should avoid Christmas and the three days before it unless they absolutely need to be in the market during those days," the report said. "Instead, performance brands should devote more of their budgets toward targeting Christmas shoppers on the days between Dec. 12 and Dec. 21, when people have a higher propensity to buy products and click on ads."

And for those looking for a bargain around an extended holiday window, fitness and health ad rates were lower in January then they'd been in November and December, potentially representing prime opportunity to reach people while they begin their New Year's resolutions, the report said.

The National Retail Federation expects retail sales in November and December (excluding autos, gas and restaurants) to increase a solid 3.6% to $655.8 billion this year. Online sales are forecast to increase between 7% and 10% over last year, to as much as $117 billion, it said.