Most World Cup watchers probably don't remember the match on June 12th, when Brazil defeated Croatia, 3-1. But Twitter does.

The game spurred a record number of tweets -- 12.2 million -- a tremendous start to a tournament that the social-media company is feverishly tracking. In the face of middling user growth at home, Twitter is banking on the games and a rabid fanbase, making a big marketing push and introducing features to encourage new users to join.

Twitter is desperate to grow globally. Its international user growth, 27% last quarter, is outpacing the rate at home, which at 19% is slowing and projected to keep declining. CEO Dick Costolo has called Twitter the "global town square." Publicly, the World Cup is the stage for its expansion. But it's taken more critical steps behind-the-scenes. 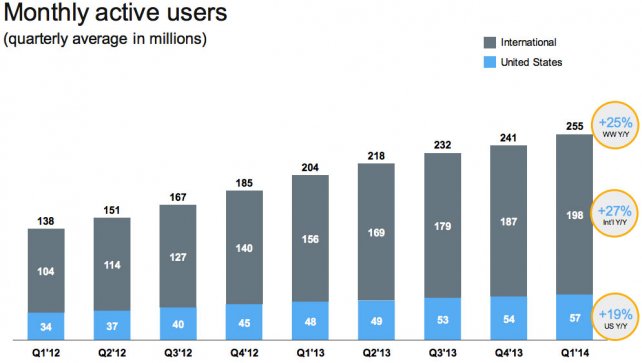 Two years ago, the company quietly launched Twitter Access, a program that ties with telecom companies to "zero-rate" the micro-blogging service, subsidizing the data it demands. Much of Twitter's future user growth is set to arrive from emerging markets, where most people access the Internet on mobile phones but face prohibitively high data costs.

In countries like Brazil, Indonesia and India, zero-rating lifts the biggest obstacle for joining Twitter. And it helps answer the biggest, nagging question Twitter must answer as a public company.

"User growth is, far and away, the top issue for Wall Street," said Robert Peck, an analyst with SunTrust Robinson Humphrey. "When you talk to the company, they say the same thing."

While Twitter nets less revenue-per-user abroad, it can reach eyeballs much faster. eMarketer expects a bulk of Twitter's future growth to come from the Asia-Pacific and Brazil.

Analysts and ad-tech executives who track emerging market wireless carriers say Twitter Access is pivotal to Twitter's international plans. Twitter has partnered with close to a hundred carriers thus far and is accelerating the initiative, a person close to the company said.

"This is the cornerstone of their global expansion strategy," said Neha Dharia, telecom analyst at Ovum.

A scorched path
Twitter, however, wasn't first to the strategy -- and the path may already be scorched.

In 2010, Facebook unfurled 0.facebook.com -- a stripped-down version of the social network any phone owner could use. In cahoots with carriers, the service subsidizes phone data for a period, typically three months, allowing someone to access Facebook with no charge.

Tencent, the Chinese Internet colossus, began subsidized offerings for its popular WeChat app in Nigeria in April. Apps like Kakao Talk and Line have been zero-rated, too. Google has pushed for similar deals.

Like Twitter, Facebook saw its brightest prospects for expansion in emerging markets and on mobile. And it identified the stumbling block: costly data. Mobile data prices vary in emerging markets by country (and often within one), but they are usually substantial. Typically, phone plans are pre-paid, meaning users buy up data packages in tiny increments. Ericsson, a telecom provider, estimated that people who earn less than $3 a day -- a population of two billion plus -- may spend as much of 10% of their incomes on phone data.

By covering the data needed to visit its site, Facebook found its rocket fuel. The arrangement, dubbed 'Facebook Zero,' launched with 50 telecom operators in 45 different countries, netting Facebook waves of new users just before its 2012 IPO. Over eight quarters, Facebook nearly doubled its worldwide users, reaching 955 million, according to Statista.

In theory, the deals make everyone a winner: mobile users try Twitter for free; Twitter gets a user. And the carriers, if they convert a subscriber to a smartphone or bulk up data packages, pocket more revenue.

"That gets users interested in -- and then addicted to -- data," said Rajeev Chand, managing director of Rutberg & Company.

Globe Telecom, a Philippines operator, began subsidizing Facebook for its subscribers in November. The company claims it added 4.2 million mobile customers over two quarters, 11.6% growth, largely thanks to the Facebook zero-rate offering, according to Jenny Granada-Echevarria, VP-mobile data services.

Yet the future of the deals remains unclear, particularly after Facebook has soured several operators on the arrangements. Multiple people with knowledge of the partnerships said Facebook cut the deals for subsidized data without paying a cent, often strong-arming carriers into adopting its conditions and footing the data bills.

"The operators are wising up," said one ad-tech executive familiar with Facebook's arrangements. 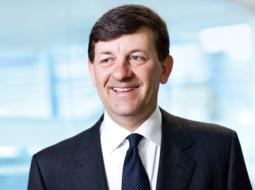 More congenial relationships
In February, Vittorio Colao, the CEO of Vodafone, the globe's second-largest telecom, claimed he was lobbied personally by Sheryl Sandberg, Facebook's COO. Mr. Colao declined her overtures. He told the Financial Times, "[There] is no reason why I should give my network capacity for free."

Yet seven months before Mr. Colao's comments, Vodafone went public as a Twitter Access partner in India, opening up free usage of Twitter, for three months, to its roughly 160 million subscribers.

Analysts familiar with zero-rating deals said Twitter has carved deeper, more congenial relationships with telecoms than Facebook. Still, a former Vodafone employee familiar with its India business described the ties with Twitter as a disappointment. Communicating zero-rating deals to subscribers proved more difficult than imagined, the former employee said. The packages free up data on Twitter, but not other websites, a source of frustration and confusion to users.

The strategy could still work for Twitter because of its smaller size. Twitter is leaner than Facebook -- 250 million active users, one-quarter Facebook's size -- and users are less rabid. That means telecom operators can subsidize usage of Twitter without surrendering as much bandwidth, data and dollars.

Yet, next to Facebook, Twitter could be seen as disposable. Should carriers retreat from zero-rate deals, they may stick with the social network that is the biggest bait to lure in new customers.