Sign that Vevo Aims to Offer Subscriptions, Compete With Spotify and YouTube
READ THIS NEXT
Why contextual advertising makes more sense now than ever 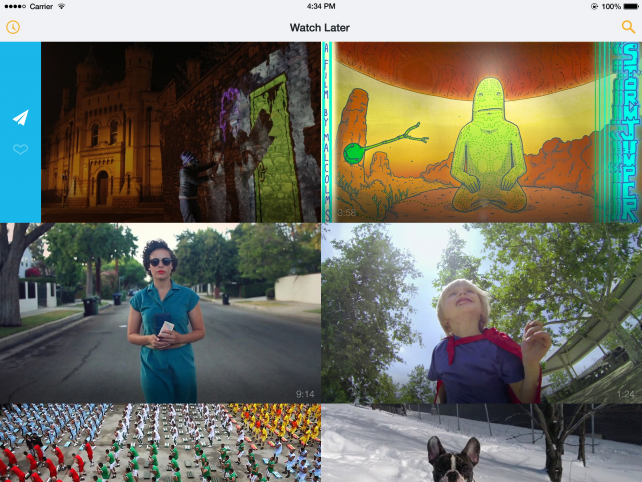 Subscriptions could help Vevo as it seeks to reduce its reliance on YouTube -- and web advertising in general -- with new products and revenue sources.
Credit: Courtesy Vimeo

Vevo, the largest online music video service in the U.S., has acquired video streaming company Showyou, the latest sign that Vevo plans to offer subscriptions and amp up competition with Spotify and YouTube, a minority shareholder.

Showyou, Vevo's first acquisition since its inception in 2009, delivers a curated stream of videos from companies like Vice Media and Funny or Die, and began selling subscriptions to channels last year. Vevo is acquiring Showyou for its technologies, the company's executives said. Terms weren't disclosed.

The subscription feature is of particular use to Vevo as it seeks to reduce its reliance on Alphabet's YouTube -- and web advertising in general -- with new products and alternative sources of revenue. Founded to distribute music videos for Universal Music Group and Sony Music Entertainment, the two largest record companies, Vevo has always been closely linked with YouTube, the largest online video site.

Vevo introduced a new app for Apple's iPhones in November and soon will unveil new apps for other operating systems as well. These apps are preliminary steps in Chief Executive Officer Erik Huggers' quest to improve Vevo's consumer products. Mr. Huggers joined Vevo in April after stints at Intel Corp. and the British Broadcasting Corp.

Mr. Huggers has said his goal is to position Vevo better as a competitor that can stand on its own as consumption of online video surges. Average usage will increase 20 percent to 57.6 minutes per day in 2016, according to an August forecast by Zenith Optimedia. The online video advertising market will grow to $19.8 billion worldwide in 2016.

As advertisers spend more on online video, media companies are investing in subscription products, from CBS Corp.'s All Access to Time Warner's HBO Now. These companies are hoping to reach many of the customers of Netflix, which operates the largest online pay video service in the world.

Vevo isn't about to compete with Netflix or HBO for the next hit TV series, but selling subscriptions for short-form videos would make it a direct competitor to YouTube's new subscription service, Red, as well as Spotify, which has added videos to the world's largest music subscription service.

"With the acquisition of Showyou we take a significant step forward in re-positioning Vevo as a best-in-class product-driven organization," Mr. Huggers said in a statement. "Showyou allows us to accelerate our pace of innovation with the ability to rapidly add new and differentiated features as we iterate our products in 2016 and beyond."