For the 81-year-old tournament, the coronavirus imposes a new normal, but empty stands won't have a material impact on the TV experience
READ THIS NEXT
‘America Must Change’: The story behind Time’s latest cover artwork 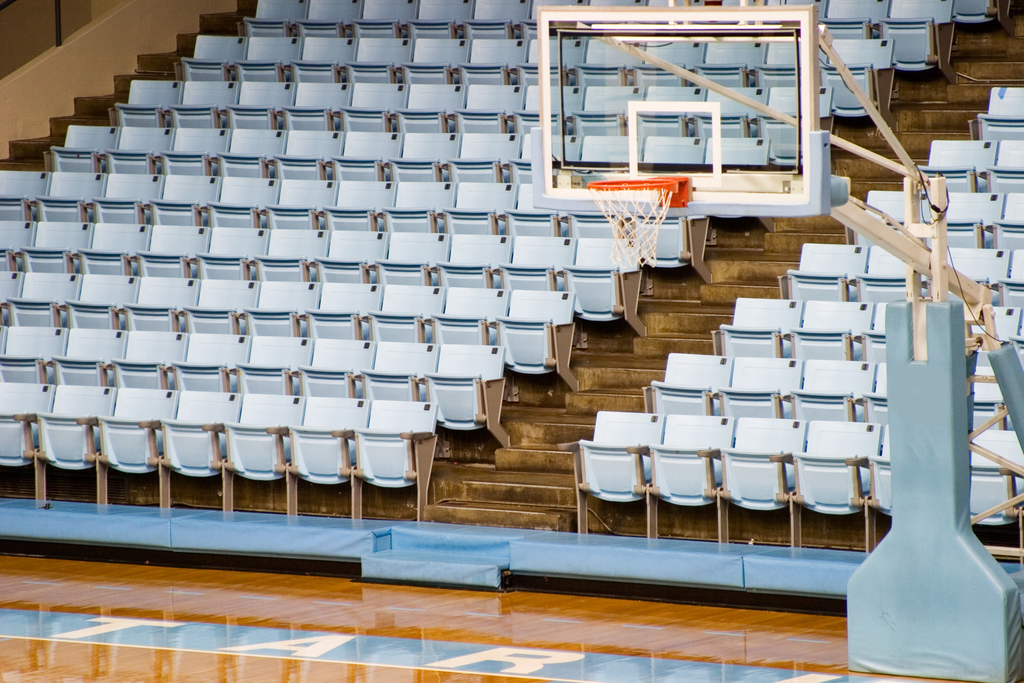 For the first time ever, the college hoops showcase will be played behind closed doors.

When the NCAA men’s basketball tournament tips off next week, the only things you’ll hear will be the squeak of sneakers on hardwood, the clang and swish of ball and hoop, and the commentary from the broadcast booth. For the first time in 81 years of March Madness, the college hoops showcase will be played without fans cheering on the action.

Late Wednesday afternoon, NCAA President Mark Emmert said he would abide by the recommendations handed down by the organization’s COVID-19 advisory panel; as such, the tournament will be carried out behind closed doors.

“Based on their advice and my discussions with the NCAA Board of Governors, I have made the decision to conduct our upcoming championship events, including the Division I men’s and women’s basketball tournaments, with only essential staff and limited family attendance,” Emmert said in a statement. “While I understand how disappointing this is for all fans of our sports … this decision is in the best interest of public health.”

Emmert’s decision to allow the games to proceed in front of a spectator-free backdrop was made shortly after Ohio Gov. Mike DeWine issued an order barring fans in the Buckeye State from attending indoor and outdoor sporting events. The men’s Div. I tourney begins March 17 at the University of Dayton Arena.

The first weekend of the men’s tournament will be held in locales as far-flung as Albany, N.Y., and Spokane, Wash. Emmert said the NCAA will continue to monitor the situation throughout the tournament, and will make any necessary adjustments as circumstances arise; one practical consideration could find the Final Four and championship game moving from Atlanta’s 80,000-seat Mercedes-Benz Stadium to a far less cavernous (and pricey) venue.

On a press conference call held Tuesday morning, CBS Sports Chairman Sean McManus said that the prospect of producing the tourney in a series of empty venues would likely have little material impact on the 67 broadcasts. Other than eliminating the possibility of crowd-reaction shots and dampening the ambient soundtrack of the games, McManus said the absence of fans wouldn’t change the way CBS and Turner Sports would approach March Madness. In other words, TV viewers can expect to enjoy the same production standards they’d expect from a tournament that wasn’t being held in the midst of a global pandemic.

The decision to quarantine March Madness thus far is the most significant step the U.S. sports market has taken to try to help contain the spread of the coronavirus. But there have been more than a few precursors; on Tuesday, the Ivy League canceled its conference tournament, choosing instead to send regular-season men’s champs Princeton to the Big Dance, while the NBA’s Golden State Warriors tomorrow night will host the Brooklyn Nets in an empty Chase Center. Meanwhile, a three-week ban on gatherings of more than 1,000 people may find the San Jose Sharks playing their March 19 and 21 home games without anyone to cheer them on.

As much as the empty venues may make for a somewhat spooky viewing experience—the fans and the noise they generate are as much a part of the fabric of the college basketball TV proposition as are the cacophony of the pep bands and the 30-second shot clock—the novel measures taken to ensure the viability of this year’s tourney shouldn’t have a negative impact on the Nielsen ratings. If anything, the curiosity factor may boost the deliveries, especially in the early rounds.

At any event, CBS and Turner Sports are relieved that March Madness wasn’t canceled altogether. As of this evening, 1,281 cases of COVID-19 have been diagnosed in the U.S., and according to the country’s top health official, the worst is yet to come. “We will see more cases and things will get worse than they are right now,” said Dr. Anthony Fauci, director of the National Institute of Allergy and Infectious Diseases, in a hearing before the House Oversight and Reform Committee. “Bottom line is it’s going to get worse.”

The network partners sold out this year’s tournament in record time, as automotive, insurance, telco, fast food and financial services brands invested hundreds of millions of dollars into the spring hoops event. According to TV buyers, the primetime Final Four window commanded around $950,000 per 30-second spot, while inventory in the April 16 title tilt priced between $1.9 million and $2 million per unit.