Time Inc. is moving to better cash in on the burgeoning online video business by centralizing its video-production specialists in a new unit dedicated to producing more video at a higher quality.

The move affects about 20 people who have been working in video production across the company's magazine brands, which include People, Fortune, Sports Illustrated, Time and InStyle. Those people will now report to J.R. McCabe, whom Time Inc. named to the newly created role of senior VP of video. Mr. McCabe, who had been VP-chief video officer at rival publisher Meredith Corp., will report in turn to Todd Larsen.

Time Inc. CEO Laura Lang has asked Mr. Larsen, who joined as exec VP-group president for news and sports earlier this year, to lead the company's strategy on video.

"It's an important strategic focus for the company as consumers increasingly seek web video as a format to inform, entertain and share among their friends," Ms. Lang said in a memo to staff. "We want our brands to play an important role in that experience. We also believe video provides an opportunity to engage with advertisers in creative new ways that fulfill a current demand from the ad marketplace." 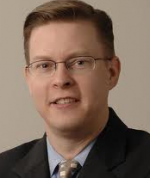 Time Inc. recently began pitching a different new digital ad unit that pairs its magazines' content with marketers' messages. Together the recent moves are the beginnings of Ms. Lang's attempt to shift Time Inc. into a new gear on digital. She joined the company in January from the digital agency Digitas and soon conducted a company review, aided by Bain & Co., that included a big focus on digital video. Staffers expected one result to be new spending on video production in a new central hub.

Time Inc. revenue in the first nine months of the year declined 6.2% from the equivalent period a year earlier to $2.5 billion. Revenue at parent company Time Warner slipped 1% to $20.6 billion as the film and TV entertainment division declined 5.2% to $8.3 billion and the networks division increased 3.8% to $10.5 billion.

Could Eli Manning’s Chad Powers become the next Ted Lasso?

Amazon will rebrand Epix as MGM+