How Old Is Trevor Noah? Comedy Central Has an Answer in New Marketing for 'The Daily Show' | Ad Age
Skip to main content
Sign In Register

How Old Is Trevor Noah? Comedy Central Has an Answer in New Marketing for 'The Daily Show' 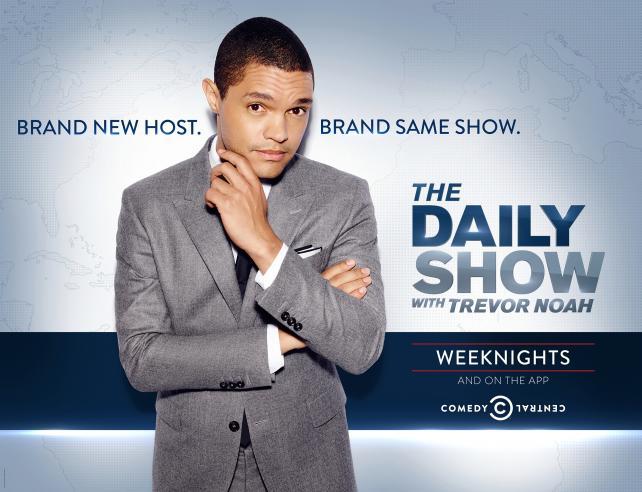 Wondering how old Trevor Noah is? You're not alone. In fact, so many people are Googling that question that Comedy Central has come up with a response: "I am 72 years old," Mr. Noah says in a YouTube clip that surfaces as a search ad when you Google the phrase, "How old is Trevor Noah?"

It's one of several video responses that will appear in search results starting this week as part of Comedy Central's robust marketing push to introduce fans of "The Daily Show," and some potentially new, younger viewers, to Mr. Noah before the show re-launches on Sept. 28.

As big as the campaign will be, the largest in years for Comedy Central, the network is simultaneously trying to target certain messages to precise audiences. "It's a broader, more targeted and largest campaign we have done in some time," said Michele Ganeless, president, Comedy Central. "It's our marquee program so we are leaving no stone unturned."

The Viacom-owned cable network began by focusing on retaining long-time "Daily Show" viewers with messages like "Brand-new host, brand-same show," "New face of the same show" and "From the people who brought you 'The Daily Show.'"

But this week Comedy Central will kick off the next phase of its campaign, introducing Mr. Noah to younger viewers who may not have watched "The Daily Show" under the helm of Jon Stewart.

"We want to assure the fans it is 'The Daily Show' you know and love with a new ass in the seat," Ms. Ganeless said, referring to another line the network has used in its campaign so far. "But we also want to reach people that are either lapsed viewers or who have not watched 'The Daily Show.'"

Comedy Central has been tracking Google-search behavior around "The Daily Show" and Mr. Noah and found popular searches include not just the age question but whether he has a girlfriend, said Walter Levit, chief marketing officer, Comedy Central. So Mr. Noah and Comedy Central created custom responses to these questions that have appear as search ads along with results.

(We would embed some of the videos here but the network has disabled embedding in order, a Comedy Central spokeswoman said, to retain a sense of discovery for people searching for "Daily Show" answers.)

Comedy Central has narrowed its target further than the often-sought but broad group known as millennials, pinpointing 18-to-39-year-olds who are "progressive-minded news consumers," and who, based on previous media behavior, consume "a ton of comedy content on other platforms," Mr. Levitt said.

BuzzFeed's new app
To reach this audience, Comedy Central has also bought the first advertising on the new BuzzFeed News app: native posts about the show and Mr. Noah, as well as video clips and other content.

"It's the perfect place to find millennials who are news consumers," Mr. Levitt said.

"We have such a clear psychographic in terms of the new people we want to bring in," he added. "It's the clearest we've been in some time, which allows us to be much more efficient."

And even though Mr. Noah won't be on-air in time for this week's Republican debate, he'll weigh in on the prime-time brawl in a video that will post on Wednesday.

Comedy Central is emphasizing the fact that at 31 -- not 72 -- Mr. Noah himself is a millennial. While the latest crop of new late-night hosts may attract younger audiences than their predecessors, Mr. Noah is the only one who is properly in that demographic, Mr. Levitt said.

Comedy Central kick-started its promotion of Mr. Noah in mid-August, reassuring loyal "Daily Show" views that it will continue to be the same show they know and love, Mr. Levitt said.

While much of Comedy Central's marketing will be targeted, Mr. Levitt said there's still a layer of old-fashioned brand building. It includes a substantial outdoor advertising that will be "inescapable if you are in a major city," he said.

"This is without question the single biggest investment we have made in marketing in a franchise in many many years," Mr. Levitt said.