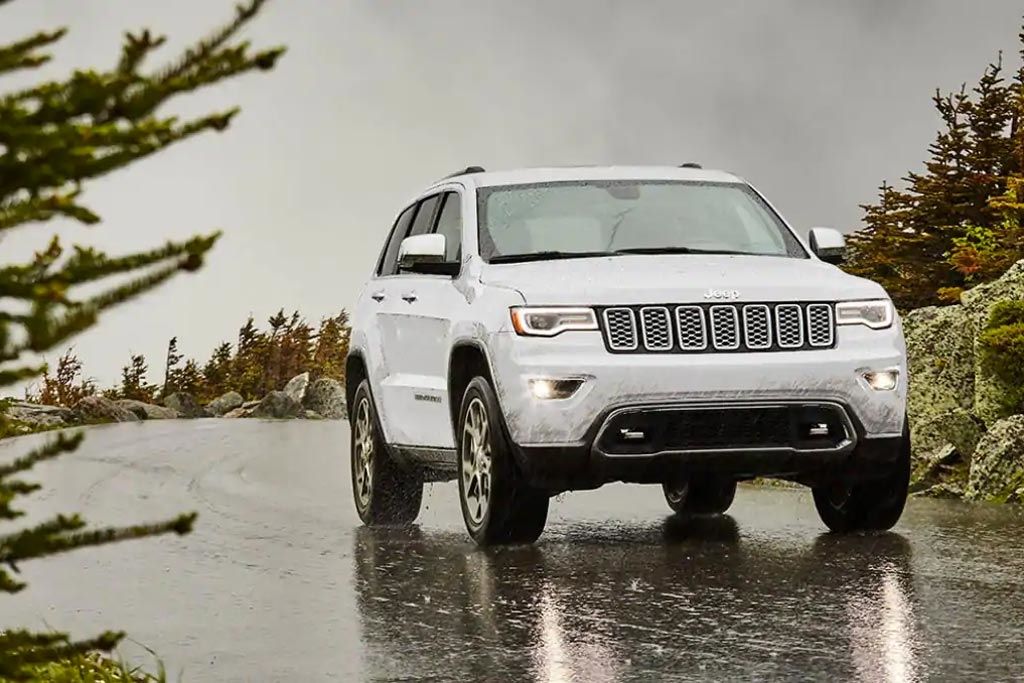 Jeep is having to reconsider its brands to respect cultures like Cherokee Nation.

The Cherokee Nation, which has felt co-opted by corporate branding, is out to reclaim its heritage, requesting that Jeep and other automakers retire names of vehicles that borrow from Native American ancestry. Jeep is perhaps one of the best-known car brands, and its Cherokee model has been a part of U.S. driving for decades.

But the keepers of tradition at tribes no longer want to see their sacred names repurposed for corporate sales, according to Automotive News. “The Cherokee Nation said it's time for corporations such as Jeep and sports franchises to retire the use of Native American names and imagery,” Auto News reports.

Car and Driver was first to report on the request: “I’m sure this comes from a place that is well-intended, but it does not honor us by having our name plastered on the side of a car,” Chuck Hoskin Jr., principal chief of the Cherokee Nation, told Car and Driver. “The best way to honor us is to learn about our sovereign government, our role in this country, our history, culture, and language and have meaningful dialogue with federally recognized tribes on cultural appropriateness.”

Jeep had to rethink its marketing in all areas this month, after the company tapped Bruce Springsteen for a Super Bowl commercial. But The Boss was later found to have a recent drunken driving arrest on his record, putting a damper on his big spot.

Spotify announced the development of the Spotify Audience Network, an advertising platform that will deliver ads to audio-based properties. Ad Age’s Mike Juang reports: “For the first time, audio creation, consumption and monetization is taking place in the same place,” says Jay Richman, VP, head of global ads business and platform at Spotify. “Today’s announcement is about assembling all the pieces into one place.”

The network will include podcasts, ad-supported music, and Spotify originals and exclusives, with the goal of becoming a one-stop audio shop, Juang writes.

Richman says advertisers will be able to reach listeners at scale, both on and off Spotify.

Google is restarting political ads after a brief hiatus following the insurrection in Washington, D.C., on Jan. 6. The search giant restricted how political advertisers could use its service to pay to spread messages during a particularly volatile time. Axios looks at where the political ad rules stand as of now.

There are those who applaud curbing any political ads on digital sites, because they are so easily abused, but they also are conduits for grassroots groups to get the word out.

“Google informed its advertising partners Monday that its platforms will resume accepting all political ads starting Wednesday, after banning them following last month's insurrection at the U.S. Capitol,” Axios writes.

“Google and Facebook are the two biggest digital platforms for political ads,” Axios writes. “Their bans over the past few months have meant that more advertisers have shifted dollars to other digital platforms, like smart TVs, that don't offer the same levels of transparency.”

Facebook's political ad ban that was put in place ahead of the election still stands, Axios said.

Branding in the name of

Renegade founder Drew Neisser retells the story of how two companies came together and, with time running out, made a new name work for the both of them. Synscort bought the software division of Pitney Bowes in 2019, and had just six months to turn them into a single entity. They came up with the name Precisely.

“We had an obligation to put our employees at the center of this branding because of the cultural aspects of bringing these businesses together,” Synscort Chief Marketing Officer Kevin Ruane said. The world was introduced to Precisely in May 2020.

Ad-addled 'SNL': An “SNL” sketch from the weekend may have hit a little too close to home for some. The joke centered on ad agency that had no clients, but wrote work on spec for the likes of UPS and Netflix. “We learn early on that this is a lousy business model ... mainly because the shop’s spec campaigns for the likes of Charmin, Lego, Doritos and Mike’s Hard Lemonade tend to result in lawsuits rather than actual paid work,” writes Ad Age’s Simon Dumenco.

Grab the popcorn: NYC took its biggest step in a year to re-open movie theaters. On March 5, city theaters will start allowing 25% capacity, up to a maximum of 50 people per showing. The news was a boon to movie stocks like AMC, reports Crain New York Business.