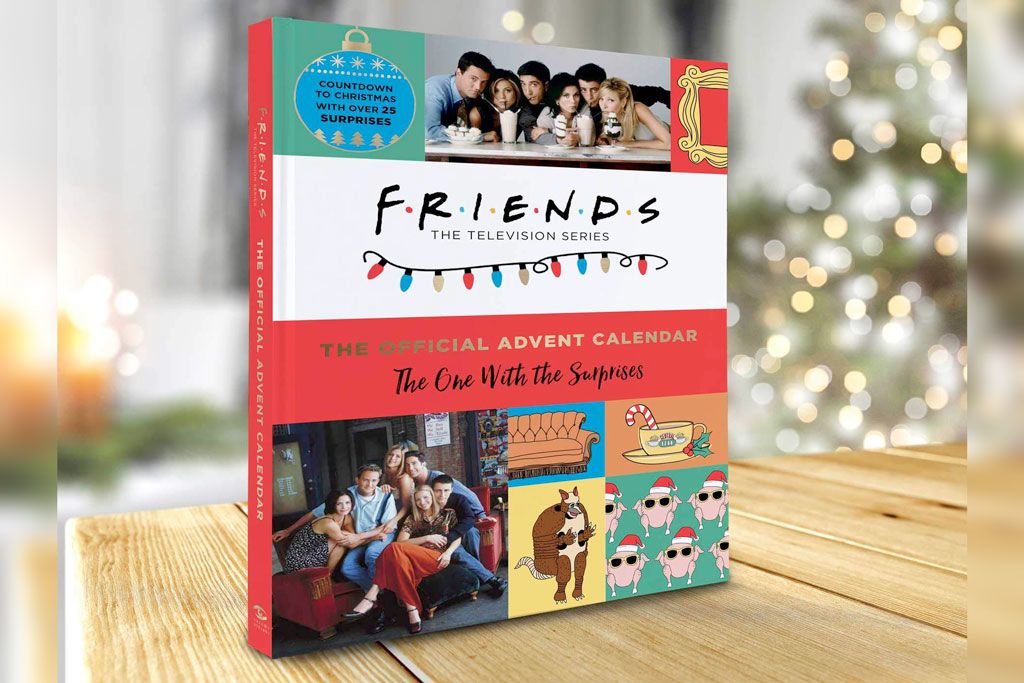 'The One with the Surprises.'

That “Friends” reunion show may be off the table due to coronavirus, but when it comes to merchandise, it seems the '90s comedy is always “there for you.”

Last week, Amazon excited fans of the show when it announced the sale of a “Friends”-themed holiday advent calendar, available for pre-order for under $20. “The One with the Surprises” offers 25 holiday trinkets including gift tags, ornaments and Friends-inspired recipe cards, as well as a “holiday Armadillo” surprise for those who remember that one. To quote People magazine: Oh. My. God.

The buzz around the latest licensing deal for the show follows last year’s hit Lego set featuring Central Perk coffee shop and the show’s main characters, with the addition of Gunther. The set sold out almost immediately.

Nostalgia for the brand seemed to reach its peak last year when the show celebrated its 25th anniversary, Warner Bros launched an immersive pop-up "Friends" experience in New York, featuring not only Central Perk’s iconic orange sofa but Chandler and Joey’s foosball table, Monica and Rachel’s purple door and even the fountain from the opening credits. The waitlist for the experience was up to 150,000 people. Other deals have included a fashion collection by Ralph Lauren based on Rachel Green’s wardrobe, which came out in 2019, featuring items like knee-high leather boots and plaid miniskirts.

But, a year on from the anniversary, and “Friends” is still trending. It's not all about nostalgia; the show's popularity reflects the appetite of a younger generation of viewers who discovered it in the early days of Netflix. Now on HBO Max, “Friends” was the most-streamed show on Netflix in the U.K. when it aired on that platform in 2019; and in the U.S., it was second only to “The Office.”

So, could Friends become the new “Star Wars,” with fans from multiple generations and the potential to build a long-lasting merchandising legacy? The show's licensing is handled by Warner Bros, whose other properties include the massive “Harry Potter” empire, so the potential is certainly there.

Michael Stone, chairman of brand extension licensing agency Beanstalk, says the show’s appeal to a new, young generation of viewers, and its enthusiastic fan base, gives it “all the elements of a solid licensing program that has the potential for longevity.”

“'Friends’ holds a very special place in viewers’ hearts that I almost can’t explain,” he says. “There’s a lot of content, and it has attracted this pretty fervent following, so maybe there is some similarity to 'Star Wars' with a fan base which is really enthusiastic.”

The show's teenage fans mean it's attracting just the kind of audience that buys heavily into licensed products, adds Stone. But he points out that other '90s TV shows that were equally popular (for example, Seinfeld) have not become huge merchandising properties. “It has to do with the special appeal of 'Friends.' You can always find a character and a situation that you identify with. You want them as your friend; so it potentially does have staying power.”