AAPI households have the highest income of any racial group in the U.S., with a collective buying power of $1 trillion
READ THIS NEXT
Young consumers poised to make their Memorial Day spending mark
Credit: iStock

Growing up and for decades as an adult, I hardly saw anyone who looked like me on TV. Not in programming. Not in advertising. Nowhere. When I did, that person was often the bad guy, sidekick or the butt of a joke. Back then, brands didn’t seem to care about spending money to get Asian Americans to buy their products.

The tide is finally starting to shift, creating a ripe opportunity for marketers.

There are 22 million Asian Americans making up 7 percent of the U.S. population, according to Pew Research—up from only a couple of million when I was a kid. Asian American and Pacific Islanders (AAPI) are the fastest-growing minority in the United States, our population nearly doubling over the past decade and on track to surpass 46 million by 2060.

We have grown too large to ignore.

What’s more, our spending power is significant. Asian Americans have the highest household income of any racial group in the U.S., with a collective buying power of $1 trillion. In 2019 alone, AAPI households earned more than $783.7 billion in income, accounting for 7.7 percent of all federal income tax paid and 6.8 percent of total U.S. spending power, according to New American Economy.

In addition, family dynamics greatly influence buying decisions among Asian Americans, whose households are 17% larger than average U.S. households and are more likely to be multigenerational. When you reach an Asian American household, your opportunity is a larger one. We’re also digital early adopters, tech trendsetters and have an average lifespan that gives us ten more years of buying power.

The question is not if, but when marketers will realize the untapped opportunity. According to Nielsen, American Asians can "help deliver an immediate sales boost for those digitally savvy brands who make the effort to target them where they are.”

Despite our growing presence, though, Asian Americans continue to be underrepresented across media.

Asian Americans get speaking roles in fewer than 6% of all movies and land leading roles even less frequently (4%), according to the USC Annenberg Initiative. What’s more, nearly two-thirds of Asian Americans say they rarely, if ever, see themselves represented in ads, according to a 2020 Morning Consult survey.

Our invisibility has consequences.

Anti-Asian hate crimes increased 339 percent last year, according to the Center for the Study of Hate and Extremism. Even in major cities like New York and San Francisco, which have large Asian American populations, we are harassed, attacked and murdered. Waiting for a train, arriving home from work, our community has been targeted while committing the most mundane daily acts. When we are reduced to a trope or relegated to supporting characters, or typecast as caricatures of ourselves, it creates an environment in which our humanity gets stripped and hate and ignorance can be exploited.

Representation can’t solve everything, to be clear, but it is critical that we build more authentic, accurate images of Asian Americans. And it is clear that marketers and media makers alike are leaving money on the table by not tapping into the spending power of this vital demographic.

When mainstream media and advertising seize this sizable market, it must do so with a few things in mind.

We must be freed from stereotypical bubbles

I am always left a little dispirited when I am watching a sitcom and an Asian character is introduced, and then that character’s spouse is always … Asian. Sometimes it feels like they match us like a pair of socks. Mix it up a little.

Asian-Americans actually have one of the highest interracial marriage rates in the country, with one-third of newlyweds choosing a non-Asian spouse, according to Pew. We are American and our lives are integrated into the broader American fabric. So, when you see “matched socks,” you feel like others have decided for you.

We are just as normal as everyone else

Historically in the media, Asian men are martial arts heroes and women affably exotic. While I love “Crazy Rich Asians” and “Shang-Chi,” my friends and I can’t truly relate to those characters. Some days we just want to buy car insurance—which means we also buy cars. We buy homes and send kids to college and go on vacation, just like everyone else. We also drink beer and watch football, yet how many Super Bowl ads might we find ourselves in?

We are not foreigners or ‘others’

My Asian heritage and culture are really important to me, but being an American Asian means that I am not a foreigner or “other.” I want to see myself represented not just in the programming, but in ads served to me as well. I want to see my community in commercials for cleaning products and cereal and everything in between.

Include us and watch your profit margins grow.
Mainstream media has taken some admirable steps in recent years to acknowledge the presence of Asian Americans across a wide spectrum of outlets. This is good, but the devil is in the details. Now we need to take a bigger step of engaging in fuller spectrum ways that take into account our place in the broader context of the American tapestry, showing our humanity in every bit the ways that have been afforded to others in the media for so long.

Media makers and marketers who get this right will reap the benefits. 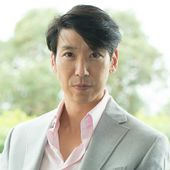 Jonathan Sposato is founder and editor-in-chief, JoySauce, an ad-supported multimedia platform aimed at the “American Asian” audience and its allies.