See the cool tech ideas for McDonald's, Apple and Vodafone that snagged Future Lions at Cannes

Among the winners is a touchscreen that sanitizes your hands after ordering at the Golden Arches
READ THIS NEXT
Salesforce’s Stan Sugarman on driving business values, breaking down silos and hiring for attitude 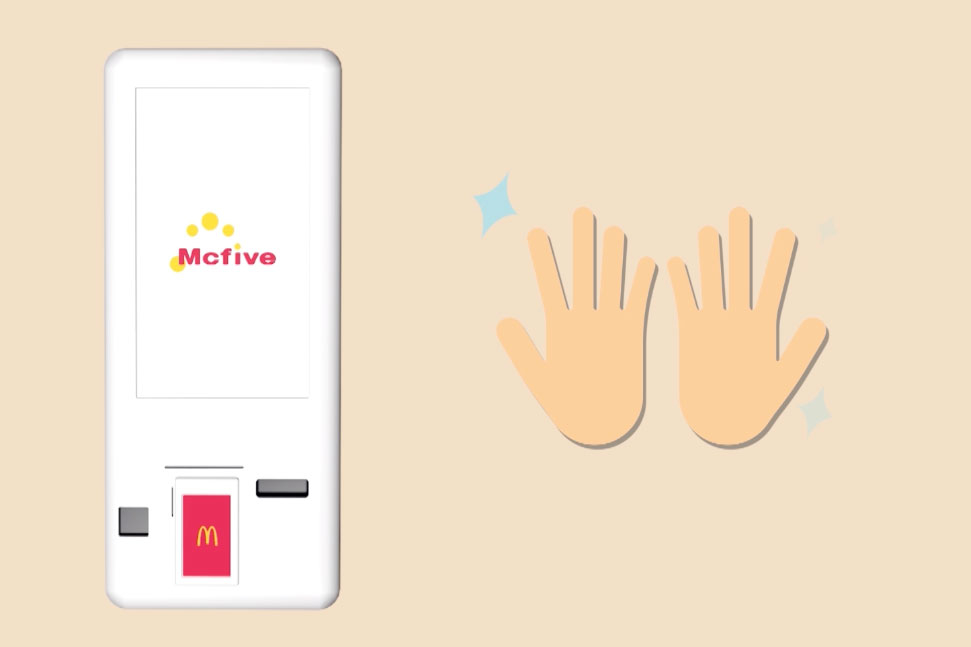 A touch-screen for McDonald’s that sterilizes your hands when you high-five it, a necklace designed for Vodafone that uses AI to recreate the voice of a patient with no voice and a technology that allows an Apple Watch to detect an epileptic seizure have all won Future Lions awards at the Cannes Lions International Festival of Creativity.

The 2019 Future Lions, created by AKQA, encouraged students to "break through perceived limits, connecting brands with audiences in new ways." This year’s contest attracted over one thousand entries from a record 444 schools, across 71 nations.

A team at Hongik University, Seoul, devised the McDonald’s “McFive” screen. Light-based disinfection technology is integrated into McDonald’s touch-screen service points, and customers are prompted to high-five the screen after ordering, which sterilises their hands before eating, in a simple and fun way.

Students at the University Centre of Fine Arts, São Paulo, devised “UR Voice” for Vodafone. A necklace device uses AI to recreate the voice of a patient that has lost their natural voice, and syncs this with the patient’s mouth movements and gestures, to recreate the patient’s full range of vocal expression and emotion.

With “Epilepsy Watch Out,” created by a team at Miami Ad School in Hamburg, Apple Watch is used to detect a seizure, and Siri then provides step-by-step instructions to guide bystanders - who may otherwise feel powerless or afraid - to assist the patient, thus showing the potential for wearable technology to help both the wearer and those around them.

The three winning teams were each awarded a Future Lions trophy on Tuesday morning at the Palais. Miami Ad School was named Future Lions School of the Year 2019, having provided the most shortlisted finalists.