The brand will plug its ‘zero sugar’ variety, a style that is gaining favor with drinkers averse to drinks labeled ‘diet’ 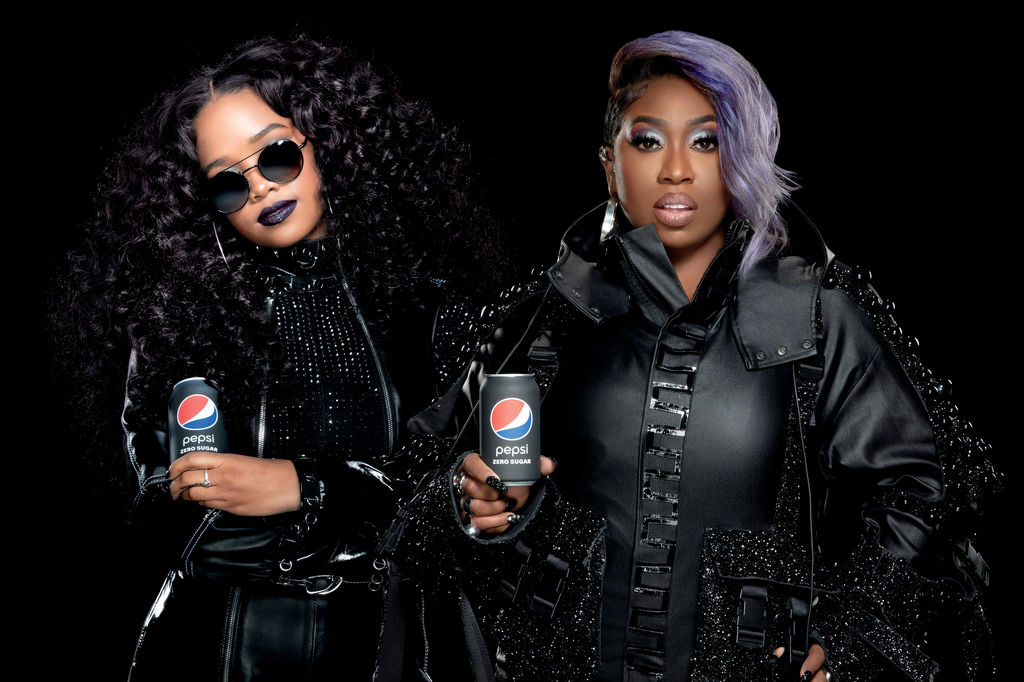 Missy Elliott—who got her freak on in a cameo for a Mtn Dew Super Bowl ad in 2018—is back in the game this year for another PepsiCo brand. The hip hop legend will star alongside H.E.R. in a 30-second spot for Pepsi Zero Sugar.

Both artists tweeted the news today along with a photo of them posing together, dressed in all black. The spot, by Goodby Silverstein & Partners, will plug Pepsi Zero Sugar’s new matte black can. The brand did not release any further details.

Ok @HerMusicx ... we are about to drop some 🔥@pepsi pic.twitter.com/VUfJK2gN9p

Elliott had a small role in the 2018 Mtn Dew Super Bowl ad, which featured Morgan Freeman lip-syncing Elliot’s “Get Ur Freak on.” H.E.R, which stands for Having Everything Revealed, won Grammys last year for best R&B album and best R&B performance.

PepsiCo, which also sponsors the halftime show starring Shakira and J. Lo, is making a concerted effort to plug its sugar-free varieties this year. Mtn Dew’s ad, whose plot centers on the 1980 horror classic “The Shining,” will feature Mtn Dew Zero Sugar, which just hit stores.

Pepsi Zero Sugar was formally called Pepsi Max before it was rebranded in 2016. Both Coke and Pepsi sell “diet” varieties, but their “zero sugar” colas, which are formulated differently, resonate better with younger consumers, says Duane Stanford, executive editor of Beverage Digest. “They are more swayed by products that are ‘zero sugar’ than they are about products that label themselves as ‘diet.’ The whole notion of a diet soft drink was really tied to a previous generation.”