The first round of commercials for the redesigned 2015 Ford F-150 doesn't include a single word about how the pickup's aluminum body helps improve fuel efficiency.

Instead, the three spots aim to show that the switch from steel to lighter-weight aluminum makes the F-150 more durable and stronger. The fact that the F-150 is the most fuel-efficient full-size, gasoline-powered pickup available won't be mentioned until a fourth ad begins running at a later date, Ford Motor Co. said.

Ford is starting the F-150 campaign earlier in the launch process than it normally does for new vehicles, and the EPA ratings were released too recently to incorporate into the first ads. But the approach also indicates that Ford sees more potential to hook buyers with the truck's capabilities than with its fuel economy, which is improved but not as far ahead of competitors as some might have thought aluminum would take it.

Ford officials said that was the plan all along and that the company did not change its strategy with the F-150 as gasoline prices plunged to their lowest level in more than five years last month.

"I believe it does not diminish at all the consumer's desire for more fuel efficient products," Ford CEO Mark Fields told reporters last month.

Ford chose the first-ever College Football Playoff to debut its F-150 campaign. Commercials were scheduled to run during several of last week's bowl games, including the two semifinal matchups on New Year's Day. The campaign also will have a presence in the Jan. 12 national championship game.

Ford, a major National Football League sponsor, has elected not to advertise its most important new vehicle in years during the Feb. 1 Super Bowl. (Officials wouldn't say whether the company is planning a Super Bowl ad for any vehicles besides the F-150.)

"From our point of view, there's no bigger stage to debut the F-150 creative than the College Football Playoff," said Keith Koeppen, Ford's U.S. marketing communications manager. "It's so closely aligned with the passions of our customer."

Ford typically waits to start advertising campaigns when dealers have at least a 50-50 mix of the incoming and outgoing models but decided to go earlier to take advantage of the attention on the first year of the playoff, said Doug Scott, Ford's truck group marketing manager.

The new F-150 started shipping in mid-November, and Scott said most dealers won't reach the 50-50 threshold until March or April.

Ford also planned to use last week's bowl games to begin the next phase of Lincoln's "Live in Your Moment" campaign with actor Matthew McConaughey. The two latest McConaughey commercials, this time for the MKZ sedan, have a similar style as the MKC spots that have generated significant attention for the brand, thanks largely to parodies by "Saturday Night Live" and other shows.

One spot shows McConaughey waiting out a rainstorm inside a cafe, then driving off in an MKZ, highlighting the car's push-button start, retractable panoramic roof and soon-to-be discontinued MyLincoln Touch infotainment system. A second spot, for the MKZ Hybrid, starts with McConaughey gazing at the Los Angeles skyline and talking with the same slow, gravelly drawl that characterized the MKC commercials.

"It's not about hugging trees," McConaughey says of the MKZ Hybrid as he leans against it. "It's not about being wasteful either. You've just got to find that balance."

Dealers have been clamoring for more McConaughey ads, saying the MKC spots have worked wonders. One of the "Saturday Night Live" spoofs, starring Jim Carrey as McConaughey, has been viewed about 9 million times on YouTube in the past 2 months, compared with about 2 million views over 4 months for the real version of that commercial. A parody by Ellen DeGeneres has been watched nearly 6 million times.

The F-150 ads, in contrast, are more traditional. The first ones are a 60-second thematic spot called "Forward March" and two 30-second spots highlighting the truck's towing capability and 11 class-exclusive features. Each one promotes the F-150 as "the future of tough" and ends with an updated "Built Ford Tough" shield with lettering made from aluminum.

Like Ford's current truck ads, they are voiced by comedian Denis Leary, but the messages have changed from cheeky to straightforward.

"We have such a substantive story here," Scott said. "It just seemed like a good evolution to be a little less smart-alecky and more smart."

Ford has several more F-150 commercials in the works, including one boasting that 2014 is the 33rd consecutive year in which the F series is America's best-selling vehicle. Ford said it also plans to run commercials targeting Hispanic buyers, one of which will feature both Spanish and English and air on mainstream U.S. networks.

The F-150 campaign has a significant online presence as well. It created Internet videos with ESPN "Sport Science" creator John Brenkus to show off the materials and technologies in the truck. One demonstrates the durability of the aluminum bed by having athletes pelt it with a hockey puck, baseball, shot put and golf ball.

The videos are a continuation of an effort that previously included YouTube clips of F-150s being put through various extreme and unusual tests by engineers and consumers.

--Nick Bunkley is a reporter for Automotive News.

Nick Bunkley
Follow View all articles by this author

Remembering Kobe Bryant off the court—in marketing and film 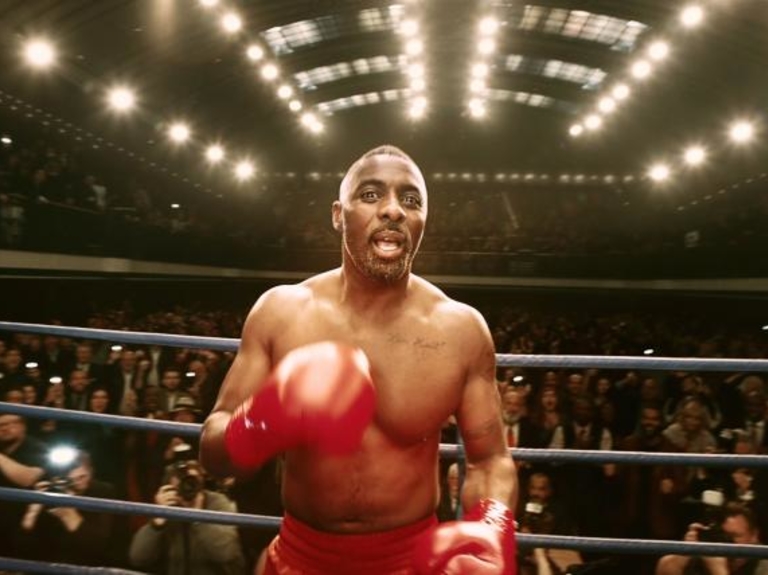 See the commercial nominees for the 72nd annual DGA Awards