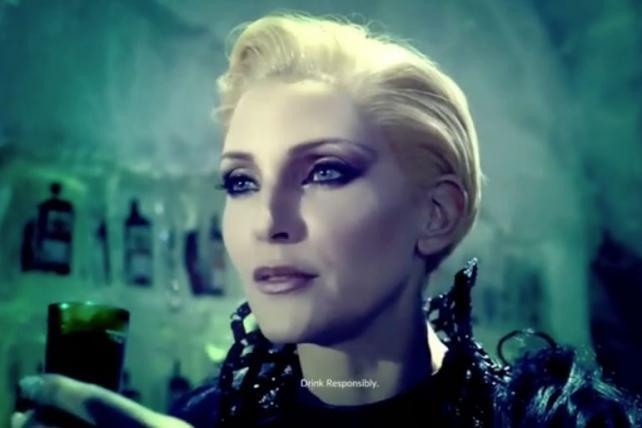 A scene from a Jagermeister campaign by Opperman Weiss.
Credit: Mast-Jägermeister SE

Opperman Weiss—which gained widespread attention several years ago for its award-winning "Parting Glass" film for Tullamore Dew Irish whiskey—has taken its final sip as an agency. Jeff Weiss and Paul Opperman, which founded the boutique New York shop in 2012, quietly departed in February, they confirmed to Ad Age on Friday.

"Jeff and I were both spending all our time being businessmen and not creative directors and it was just getting really, really tedious," Opperman said Friday. The two wanted to "go out while we still had it," he says. He now works as creative director for the International Campaign for Tibet, and Weiss says he's surfing, consulting and working on branded content projects.

The shop has been reconstituted by former employees, who renamed it Abel NYC to handle the former agency's clients, Abel founder Julian Shiff said Friday. Abel has about a dozen employees.

But one of those clients—Jägermeister—confirmed Friday that it is beginning a global creative review. Opperman Weiss was named the brand's lead global agency in 2016 and in 2017 helped launch Jägermeister's first major rebrand in its 84-year history with a campaign called "Be the Meister."

A Jägermeister spokeswoman confirmed the review but said Abel remained the brand's agency in the U.S. Firstborn handles digital and Crossmedia is the media agency. Jägermeister parent company Mast-Jägermeister spent $9.2 million on measured media in the U.S., according to Kantar Media.

Shiff in a text message said, "We are currently retained by [Jägermeister U.S.] and will continue to be." He said Abel also continues to work on Tullamore Dew. The agency also works with some small spirits brands and a CBD hemp oil extract company called Charlotte's Web.

While the Opperman Weiss name is going away, Weiss described the transition to Abel as more of an evolution than the old shop shutting down. "Everybody there worked with us for five or six years—they all know how to do things the way we do them," he says. "Periodically, when they need a little Opperman or need a little Weiss, they pick up the phone."

Opperman Weiss' Jägermeister campaign, which is still running on TV, was part of global positioning that drew on the liqueur brand's heritage of "spirited irreverence and product perfection to transmit a unique side of the brand's German provenance to the millennial audience," the brand stated when it launched. Ads feature German supermodel Nadja Auermann.

Jägermeister, which means "Master Hunter" in German, is typically consumed as a shot. The brand peaked in the U.S. in 2008 selling nearly 2.9 million cases, according to liquor trade publication Shanken News Daily. But amid intense competition in the liquor shot category the brand's sales fell to 1.7 million cases Shanken reported in February.

In a move to draw more interest, the brand in May unveiled a super-premium line extension called Jägermeister Manifest. It contains more botanicals than original Jägermeister, which is made from a mixture of herbs, blossoms, roots and fruits.

Opperman Weiss gained widespread acclaim for its Tullamore Dew work, including the "A Parting Glass" short film that debuted in late 2013 and went on to win a Silver Lion at Cannes.

In 2014 the shop teamed with director Jake Scott on stylishly romantic film that helped relaunch Martini as a classically Italian brand. Chabani tapped the agency in 2016 for a project that touted its Olympics sponsorship that included 40 videos, from commercials to digital videos, featuring multiple athletes.

Opperman Weiss had earlier done a campaign for Chobani called "Love This Life," which included a lesbian couple waking up in bed and starting their day with yogurt.

Weiss says he and Opperman have worked together on and off for nearly 35 years. "That's a long time to be married," he says, joking that they periodically need to take a vacation from each other. The two never really set out to build an agency, Weiss says. A client had called asking them to do some work, "and kind of before we knew it, it became an agency."

"It became about growing business…and pretty soon it just wasn't pure fun and we weren't doing what we got into it to do," Weiss says. "And we always promised each other, the day it stopped being fun and fulfilling, we move on." He said the work for Tullamore Dew was some of the best work they'd ever done, and "that's when it's a good time to take time off."

"I think it's probably atypical for the agency business, because everybody wanted to buy Opperman Weiss, and we didn't want to sell it," Weiss says. "Instead, we just wanted to give it to the people who helped us build it and go surfing."