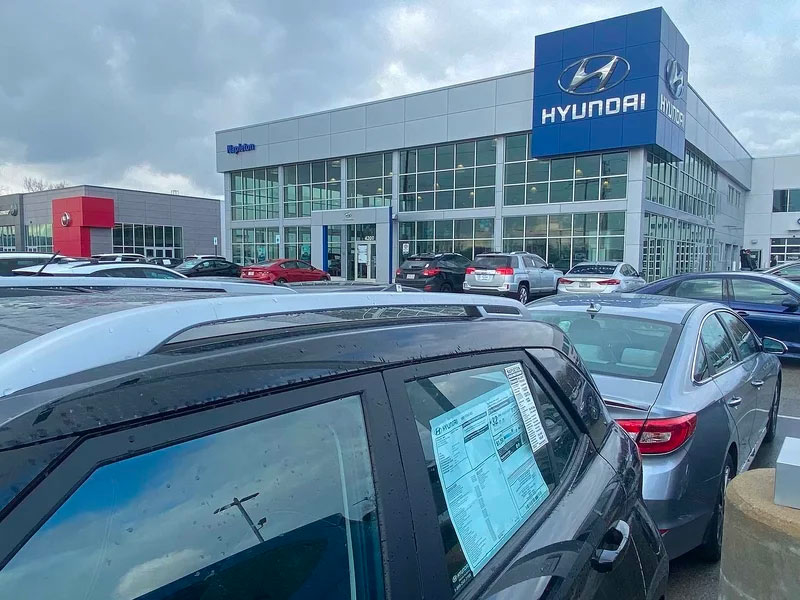 Hyundai, one of the hottest brands over the last 24 months behind an expanded crossover lineup, posted a 43 percent decline in U.S. sales last month, underscoring the sudden impact the coronavirus is having on automakers and dealers alike.

March deliveries totaled 35,118, with retail demand falling 39 percent and fleet volume dropping 54 percent, Hyundai said, even as the brandquickly rolled out a promotion that included no-interest loans and deferred payments for four months on select models.

In the first two months of the year, Hyundai's U.S. deliveries rose 11 percent, but volume dropped 11 percent in the first quarter on the sharply weaker March results.

"The entire world is facing a tremendous challenge that is having a significant impact on business and our normal way of life,” Randy Parker, head of sales for Hyundai Motor America, said in a statement. “Tough days are ahead but we’re doing all we can to position the company to survive this and return to the growth trajectory we’ve been on.”

The automaker on Wednesday launched a new round of financial incentives backed by a new ad campaign, including 0 percent financing for 84 months and no payments for 90 days on select 2019 and 2020 vehicles.

What was shaping up to be a solid spring selling season, with industry sales rising 4 percent in the first two months, has become a cold winter for new-car dealers and automakers as the viral outbreak spreads across the U.S.

Some of the nation’s most populous states fell under shelter-at-home orders in the closing weeks of March, and many showrooms went dark, as well, to help contain the virus. With U.S. government officials now recommending the country largely remain sheltered at home through April, the outlook has grown darker for new-vehicle sales.

“It’s pretty stunning how quickly the market changed,” said Tyson Jominy, vice president of data and analytics at J.D. Power. “In 2008, the industry had time to respond and take action. There has been no time to react since the middle of March.” Jominy said the market could drop to 835,000 units in March, or nearly 50 percent, compared to March 2019’s 1.6 million sales.

After hovering around 17 million for most of 2019 and the first two months of the year, the seasonally adjusted annualized rate of sales is expected to drop to 11.9 million, Edmunds estimates, the lowest level since June 2011’s 11.67 million rate.

LMC Automotive predicts the SAAR this month will fall to between 9 million and 10 million vehicles and JPMorgan Chase & Co. analysts are even more pessimistic, with an April SAAR forecast of between 6 million and 7 million.

March is typically the fourth-biggest month of the year for new-vehicle sales. Several major automakers will report first quarter and March results later today but it will be weeks before the industry has a full scope of the initial, damaging impact from the epidemic.

Surging unemployment, slumping consumer confidence and volatile equity markets will cast a cloud over the industry for several months, as households postpone a purchase or drop out of the new-vehicle market, analysts say.

In addition to lower retail volume, fleet sales are also expected to drop significantly as U.S. businesses preserve cash. “The whole world is turned upside down right now, and the auto industry is unfortunately not immune to the wide-ranging economic impacts of this unprecedented pandemic,” said Jessica Caldwell, an analyst with Edmunds.

David Phillips and Michael Martinez are reporters for Automotive News